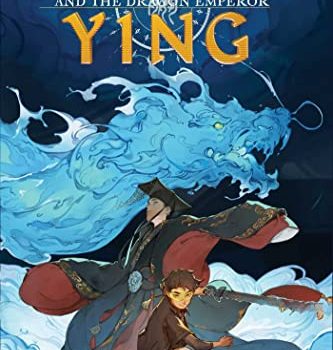 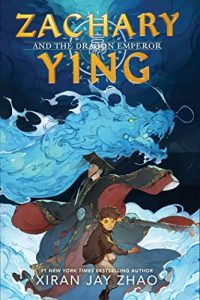 According to the acknowledgements, Zachary Ying and the Dragon Emperor was born of author Xiran Jay Zhao’s “obsession with Chinese history, sci-fi concepts, and shonen-anime-esque adventure stories” which combine into “one bonkers book.” If any of those things appeal to you, especially adventure, then you are going to love reading about what happens to fairly average middle schooler Zack when he find out he was born to host the spirit of Qin Shi Huang, the First Emperor of China. The short answer is that his single mom ends up in peril and the rest of his life is thrown upside down and he has to travel to China (from Maine) to engage with the spirits of many other emperors, and their minions, in a battle to save the world. Of course, it’s a battle to save the world!

Along with new friends Simon Li and Melissa Wu, (one of whom is a famous gamer, the other a rising pop star, and both also hosting powerful emperors), Zack has to locate magical artifacts, fight for his life against some very angry mer­maids (they have a right to be angry), dodge assas­sins, figure out how to wield some hardcore water dragon powers, and keep reminding everyone that he needs to save his mom. That all of this world-saving takes place in China, a place that is far from tolerant of Zack’s Muslim heritage (and which executed his activist father), is a constant source of pain. Fortunately, the timetable is tight, and the magical hits come so fast and furious that he doesn’t have a lot of time to dwell on his personal pain. The problem is that Zack can’t trust anyone and the more he learns about Qin Shi Huang, the more difficult it becomes to tell the good guys from the bad. What would you do if you were the direct descendant of a murderous tyrant who claims to have turned the other cheek in the two thousand years since he died? Can you ignore all the pain and grief he caused? (Trust me – the story of the mermaids alone is pretty bad.) Zack is not so sure and, as Xiran Jay Zhao makes clear, the reader should not be either. Nothing is as it seems in this novel, other than the action and the history and the fact that Zack has little time to figure out who’s telling the truth before it will be too late.

First, we need to talk about Zhao’s incredible sense of humor. The chapter titles are your first clue that this an author having a hell of a good time writing their book. Consider just a couple of examples: “How the Creation of China Was Exactly Like American Idol” or “How to Scam the Ancient Chinese Justice League”. One more: “How to Slay Immortals By Becoming Under­water Darth Vader”. There are also the brief encyclopedia-style entries that Zack receives via his AR gaming headset providing background on the various emperors and deities he meets, which always include snarky asides and his own rueful observations on the less than stellar behavior of the great beings he is interacting with. (Readers will be shocked to see that some of them are seriously out of touch.) The humor fits in per­fectly with the plot’s fast pace and is especially welcome as Zack finds himself in increasingly dire circumstances. This is when the second ele­ment of Zhao’s narrative talent stands out. When Zack must come to grips with how complicated history can be, the author truly shines and imparts a presentation of Chinese history that is both forthrightly honest and absolutely compelling.

Zachary Ying and the Dragon Emperor never gets bogged down in the details of the past, but they are crucial to this complex plot and Zhao does not shy away from sharing the good, the bad, and the very bloody. How do you deal with a tyrant when that tyrant is the best chance to save humanity? Can you just brush everything aside and get onboard with the crisis at hand? As the shifting shades of gray become more impos­sible to ignore, Zack discovers that Simon and Melissa might be too willing to forgive the sins urges him to move along and do what he is told, and in this way Zhao shows just what it takes to be strong and brave, and how many nuances of history are often left out in our constant rush for easy answers and worse, easy heroes.

I strongly advise you put Zachary Ying and the Dragon Emperor in the hands of reluctant readers, and especially fans of Rick Riordan and Kwame Mbalia. Xiran Jay Zhao gives those who crave thoughtful action a lot to enjoy with this series starter, and older teens looking for smart reading that doesn’t get bogged down in romance will be equally thrilled to discover Zack and his friends while grappling with the complexities of China’s past and present. 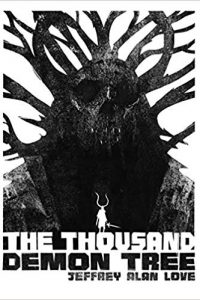 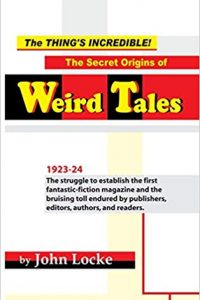 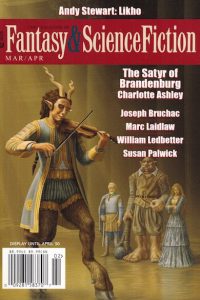