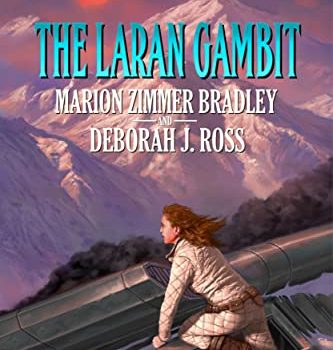 SF novel in Bradley’s Darkover series. A Terran woman searching for a cure for a dictator’s mind-control device crash-lands on Darkover.

Near-future SF novel about a neural implant that gives humans total connectivity, and becomes a tool for government control, with rebellious forces developing violence viruses to show how dangerous the Interface can be.

Young-adult fantasy novel inspired by Norse myth, the first in the Runestone Saga series about three teens who come to a paradise fueled by magic, and it’s up to them to stop a great evil.

Western horror novel set in a desolate future. Teen Magdala, having survived on her own for seven years, seeks a cure for her clubfoot in the holy city of Las Vegas.

Fantasy romance novel, the third book in the Fallen Empire series. A woman with the gift to speak to the dead—and the assassin pursuing her—may be the only chance a crumbling empire has of holding back true evil.

Space opera SF novel, sequel to Nightwatch on the Hinterlands, part of the universe of the Thorne Chronicles.

Edwards, S.L.: In the Devil’s Cradle

Young-adult fantasy novel, the first in the Nubia series. Three teens, the children of refugees from a fallen African utopia, who must navigate their newfound powers in a climate-ravaged New York City

Fantasy novel. Apprentice scribe Quill witnesses a murder, and must team up with a mage, an archivist, and a disillusioned detective to expose a conspiracy that threatens their empire.

SF novel, sixth in the Donovan series. On a treacherous alien planet, corporate threats and dangerous creatures imperil the lives of the colonists.

SF novel of alien invasion, second in the series The Rising. Teens Alex and Sam fight to save humanity as their friendship blossoms into more.

…The sea figures in several other tales as well. In the haunting “Mothers, We Dream” a sailor’s salvation is revealed to have a tragic price. Mermaids are far from Disneyfied in “And in Our Daughters, We Find a Voice”.

There are ghost stories like the aptly titled “The Ghost Stories We Tell Around Photon Fires” which is set in the far future, and “some Breakable Things”, in which a father’s hungry ghost follows his estranged daughter.

Historical fantasy novel. Two teens hiding secrets join the Pony Express and discover a special route that takes them on the border of a magical world.

Lewis, Linden A.: The Last Hero

Livingston, Michael: Origins of the Wheel of Time

Near-future SF novel of two reading groups, unofficially called Love and Anti-Love, are disrupted and meet digitally in a time of political friction and signs of environmental collapse.

Polk, C.L.: Even Though I Knew the End

Ramirez, Sergio: No One Weeps for Me Now

Thriller with magical realism elements set in Nicaragua, second volume in the Managua trilogy begun in The Sky Weeps for Me. PI Dolores Morales investigates the disappearance of a banker’s daughter with the help of the ghost of his dead partner. Translated by Daryl R. Hague.

Space opera SF novel, inspired by Cleopatra and Julius Caesar. Princess Altagracia flees her homeworld after her sister seizes power and tries to talk the commander of an interstellar empire into helping her.

Fantasy romance novel, second in the Salt Chasers duology begun in Daughter of the Salt King. After her desert-transforming wish, Emel follows Saalim to Madinat Almulihi to reclaim all she has lost.

Young-adult near-future dystopian novel. The son of a presidential candidate is kidnapped and dropped into the Q, a walled quarantine zone that used to be Austin, Texas — and has only 72 hours to escape with crucial intel, or be permanently infected, leading to disaster for inhabitants of the Q. 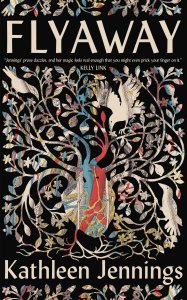 After running a Roundtable discussion in support of Fabio Fernandes’ International issue of The Future Fire, I started thinking about the wonderful science fiction and fantasy that I’ve read in translation over the years. I thought it might be interesting to solicit guest posts from a wide range of people talking about both excellent translated stories as well as stories that haven’t yet been translated but really need to be.