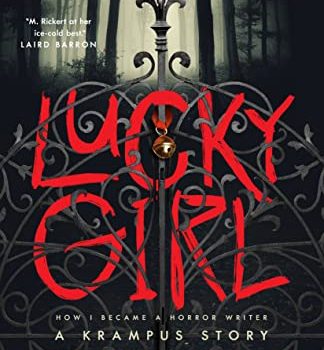 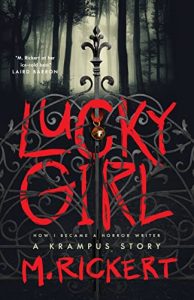 M. Rickert has long demonstrated her skill in managing the venerable tradition of tales nested within tales in such brilliantly constructed stories as ‘‘Journey Into the Kingdom’’ and ‘‘Cold Fires’’ (not to mention last year’s The Shipbuilder of Bellfairie). Her new novella Lucky Girl, which bears the dual subtitles ‘‘How I Became a Horror Writer’’ and ‘‘A Krampus Story’’, continues not only that tradition, but the equally venerable tradi­tions of club stories and really creepy Christmas tales. I’ve seen Rickert compared to writers such as Robert Aickman and Shirley Jackson (she’s won a Jackson award and been nominated four other times), which is a way of saying she’s one of those writers for whom the term horror doesn’t quite fit, and doesn’t quite not.

Lucky Girl is a club story in the sense that five lonely strangers who meet at a seedy diner decide to spend Christmas together, and later make an annual tradition of it. During their first meeting they decide to swap Christmas stories, the most dramatic of which is told by the comparatively well-off Grayson, who recalls confronting the Christmas demon Krampus in an old chapel on his ancestral estate. In keeping with the club story tradition, Grayson narrates in the arch cadences of a late Victorian ghost tale that could have come from Le Fanu or M.R. James: ‘‘That Christmas Eve, I awoke with the light of a full moon fallen across my pillow and, summoned to my window by a strange noise, observed a figure walking across our yard.’’ Years later, the narrator Roanoke (a name redolent with loss and disappearance, weirdly appropriate since she lost her family in a home massacre when she was a teenager) is a successful horror novelist, Grayson is a wealthy ‘‘tea baron,’’ two other members of the group have gotten married, and another has become a sort of New Age social media influencer. Invited to spend a holiday at the same luxurious family estate where Grayson’s Krampus adventure supposedly occurred, the group reunites, and Roanoke begins to piece together the threads that connect all their stories (including Roanoke’s own murdered family). Like the best of Rickert’s darkly Gothic tales, the atmosphere is one of perfectly distilled dread, the narrative far more complex than it at first seems, and by the end of this tightly packed and elegantly told novella we feel as though we’ve read a much longer and quite haunting novel. 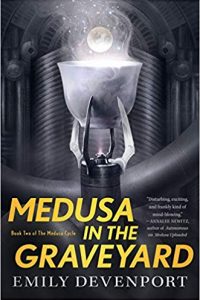 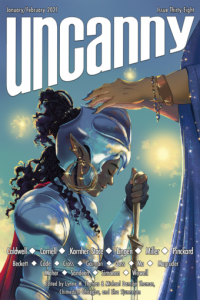