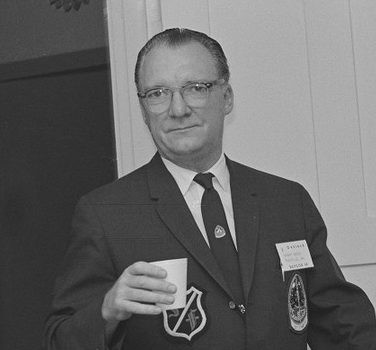 Fan, collector, and bookseller Robert A. Madle, 102, died peacefully in his sleep on October 8, 2022. Madle was a founder and the first president of First Fandom (and the last survivor of the original membership), and was a warm and familiar presence in the field since the 1930s.

Robert Albert Madle was born June 2, 1920 in Philadelphia PA. He enlisted in the Army in July 1942, serving three-and-a-half years, working as a truck driver and teletype operator. He met his wife Billie in the latter job, while she was a switchboard operator. He also worked in the Army’s public relations office. He was married during the war, then attended college and went for his MBA; he and his wife had four children. He worked for the government in the Navy Department, doing personnel research, and later became a research psychologist studying human/machine interfaces. He was also a book collector and dealer, continuing to sell by mail order even in his later years. Billie predeceased him in 1997. He married Ana Lisseth Martinez in 2002.

Madle began reading SF as 13-year-old in 1933 with Tom Swift and Edgar Rice Burroughs, then discovered the pulp magazines and became active in fandom soon after. An organizer from the first, he formed the Boys’ Science Fiction Club with a few friends in 1934. He attended the 1936 gathering in Philadelphia that Donald A. Wollheim dubbed “The first science fiction convention,” was active in the Philadelphia Science Fiction Society, and was generally a pillar of Philly fandom. He spread his love for organizing wherever he went, serving as a trustee of Washington Science Fiction Association, and founding the Carolina SF Society in North Carolina in the ’50s.

He attended the first Worldcon in 1939 and was the 1957 TAFF winner, writing trip report “A Fake Fan in London” afterward. He was Fan Guest of Honor at SunCon, the 1977 Worldcon and was a frequent guest at other conventions. He helped organize Worldcons and was involved in the creation of the Hugo Awards.

Madle was active in fanzine circles, where he was best known for Fantascience Digest (1937-41). His first fanzine was one issue of The Science Fiction Fan (1935) with John V. Baltadonis. They started Imaginative Fiction in 1935, continuing it intermittently until 1938. He also worked on Fantasy Fiction Telegram and wrote a column, “Fantaglimmerings”, for The Science Fiction Collector. He was a founder of New Era Publishers with Jack Agnew and Al Pepper, publishing David H. Keller’s Solitary Hunters and the Abyss (1946). He wrote many letters to SF magazines, his first appearing in Pirate Stories (July 1935), with others in Astounding Stories, Amazing Stories, Weird Tales, and more.

Madle won the Big Heart Award in 1974, the First Fandom Hall of Fame Award in 1990, and the Moskowitz Archive Award in 2002. He was a nominee for the Best Feature Writer Hugo Award in 1956. His Fantascience Digest was a Retro Hugo Award finalist in 2014.

For more, see his entry in Fancyclopedia. 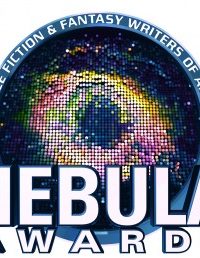 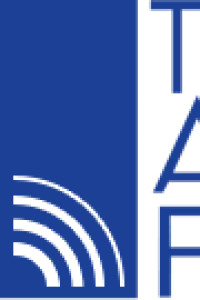