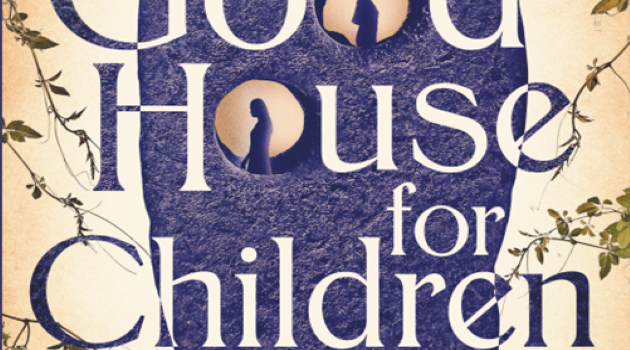 MARYANN HARRIS, artist, musician, and wife of Charles de Lint, became ill on September 6, 2021 with encephalitis, and was eventually diagnosed with the rare, tick-borne Powassan virus. She spent eight months in intensive care before being transferred to a com­plex care facility, where she is on a ventilator and almost entirely para­lyzed. Fundraising efforts are un­derway to defray the considerable costs; details, and updates on her condition, are available at <www. facebook.com/harrisdelintrecov­ery>.

Author, editor, and publisher RON DRUMMOND had a stroke on June 5, 2022: “I lost my right-handedness, my beautiful auto­graph, and all my conscious control over the right side of my body. Very slowly, it returns.” Details, includ­ing links to a fundraiser for treat­ment costs, are here: <littlebig25. com/PR-220705.shtml>.

SARAH PINSKER’s “Where Oaken Hearts Do Gather” (Un­canny 3-4/21) won the Eugie Foster Memorial Award for Short Fiction, presented at Dragon Con, Septem­ber 1-5, 2022 in Atlanta GA. The award celebrates “the best in in­novative fiction” and honors writer and editor Eugie Foster, who died in 2014.

NNADI SAMUEL’s “A Glos­sary of Artillery Terms” (Jaggery Spring ‘22) won the Bronze poetry award in the 2022 Writers’ Awards. The 12 winners will receive “over £10,000 in cash/development priz­es” as well as publication in the Creative Future Writers’ Award an­thology. They will be celebrated as part of the London Literature Festi­val on October 22, 2022.

TJ KLUNE sold four novels about queer love and family, “set in curious and enchanting worlds,” to Ali Fisher at Tor for seven figures via Deidre Knight of The Knight Agency.

JONATHAN MABERRY sold the 14th and 15th Joe Ledger books, plus The Dragon in Winter, third in the Kagen the Damned series, to Michael Homler at Griffin via Sara Crowe of Pippin Properties.

HOWARD ANDREW JONES sold five books in the Chronicles of Hanuvar sword-and-sorcery series, starting with Lord of a Shattered Land, to Toni Weisskopf at Baen Books via Bob Mecoy of Creative Book Services.

C PAM ZHANG’s near-future novel Land of Milk and Honey sold to Sarah McGrath at Riverhead via Bill Clegg of the Clegg Agency.

JEN WILLIAMS sold fantasy novel Talonsister and a second title to David Lancett at Titan Books at auction via Juliet Mushens of Mushens Entertainment. Audio rights to Ellis Moore at Bolinda, at auction.

MICHAEL C. GRUMLEY sold three books in near-future se­ries The First One to Robert Davis at Forge via Danny Baror of Baror International.

SALLY WEN MAO sold Nine­tails, featuring nine stories about the fox spirit from Asian folklore, and a second book to Nidhi Pugalia at Viking at auction via Clare Mao of Europa Content.

ROBIN ALVAREZ sold When Oceans Rise, “a fairytale retelling of ‘The Little Mermaid’,” to Jean Lowd at Creative James.

KIT FRICK sold parallel-real­ity thriller The Split and a second book to Lara Jones at Emily Bestler Books in a pre-empt via Erin Harris of Folio Literary Management and Joelle Hobeika of Alloy Entertain­ment.

JANE KINDRED’s Master of the Game, third in the Demons of Elysium series, sold to Rachel Haimowitz at Riptide Publishing via Sara Megibow of kt literary.

ROSS JEFFERY’s The Devil’s Pocketbook – “The Lighthouse meets The Witch” – went to An­drew Robert at DarkLit.

ALEXANDER WALES’s “cozy LITRPG” This Used to Be About Dungeons and three more books sold to Bryce O’Connor at Wraith­marked Creative via Drew Gilmour of Achilles Literary Agency.

AMY QUINTON’s fantasy ro­mances A Spell for a Duke, A Duke to Scry For, and The Duke Who Lived in the Spellmaidens of Coven Square – House Animusseries, sold to Kathryn Le Veque at Dragonblade Shadow.

KRISSIE WILLIAMS sold Southern Gothic novel There Ought to Be Shadows to Cassan­dra Thompson at Quill & Crow.

SAJNI PATEL’s YA novel A Drop of Venom, “a feminist rei­magining of Medusa’s origins, in­spired by Indian lore,” and a second title sold to Christine Collins at Rick Riordan Presents in a pre-empt via Katelyn Detweiler of Jill Grinberg Literary Management.

LILLIE VALE’s YA novel Hit Me with Your Best Charm, “a sapphic paranormal adventure,” went to Dana Leydig at Viking Children’s via Jessica Watterson of Sandra Dijkstra Literary Agency.

LESLIE VEDDER’s YA fan­tasy The Cursed Rose, third in the trilogy that began with The Bone Spindle, went to Ruta Rimas at Razorbill via Carrie Hannigan and Ellen Goff of HG Literary.

BRIANNA JOY CRUMP sold YA fantasies Of Poisons and Princes and Of Faith and Flames, sequels to Of Cages and Crowns, to Fiona Simpson at Wattpad.

DINESH THIRU sold Into the Sunken City, a near-future “di­verse YA retelling of Treasure Is­land,” to Kristen Pettit at Harper Children’s via Claire Friedman of Inkwell Management.

ELLEN PARENT sold After the Fall, “a YA Station Eleven,” to Jaynie Royal at Regal House.

EMILY HAMILTON’s The Stars Too Fondly, “a debut queer space odyssey,” went to Nate Lan­man at Voyager at auction via Roma Panganiban of Janklow & Nesbit.

JESSICA BRYANT KLAG­MANN’s debut fantasy Your Echo on the Waves went to Alicia Clancy at Lake Union Publishing via James McGowan of BookEnds.

KEMI ASHING-GIWA’s no­vella This World Is Not Yours, “about a toxic polycule on a sen­tient planet,” sold to Jennifer Gun­nels at Nightfire via Tricia Skinner of Fuse Literary.

RICK LEWIS, former editor-in-chief at Uproar Books, has joined Martin Literary & Media Manage­ment as an agent focused on adult and YA speculative fiction.

Film rights to J.M. DONEL­LAN’s Rumors of Her Death were optioned by Tristan Barr at Contin­uance Pictures via Cindy Bullard at Birch Literary. 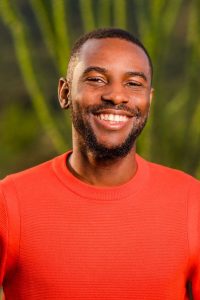