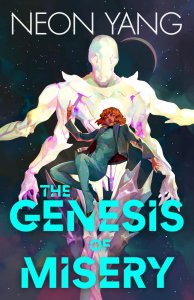 I have been lamentably unhip to Neon Yang’s previous books and short fiction, but was delighted to make their acquaintance with their latest, a rousing postmodern space opera that has flavors of Frank Herbert, Cordwainer Smith, and Orson Scott Card, all blended into a uniquely tasty dish. As the book’s early promoters have observed, the core template of the tale is the legend of Joan of Arc: simple country girl is tagged as a messiah to lead her people into battle. That’s a strong narrative engine, for sure. But I would also overlay a less specific template, and that trope would be “child of the gutters makes good in a larger, more consequential sphere.” I used that template myself, in one of my first stories, “Stone Lives” (my Mirrorshades contribution). But it goes back at least to Heinlein’s Citizen of the Galaxy (1957), and has been employed recently by Rich Larson in Ymir (review here) and by Olivia Chadha in Rise of the Red Hand (review here).

We start with a framing sequence that involves two mysterious posthuman or nonhuman interlocutors on a barren world. They are discussing the career of a certain Misery Nomaki, a woman who has just finished playing a consequential part in big galactic affairs. One of the conversationalists, knowing more of the facts than the others, agrees to relate the full story. This framing device will re-erupt at a few useful points during the otherwise-objectively-recounted tale, and also allow for a resonant coda to be delivered, in which we learn who these two folks are. It’s a smart and efficient tactic.

Diving into Misery’s own POV, we find her captive on a giant station named the Capital (an excellent Big Dumb Object venue). She breaks out of her cell and begins a frantic run towards the spaceship bays, looking to escape her Imperial captors. But her valiant and creative and exciting efforts at evading her pursuers come to naught—thanks in part to the martial prowess of the Emperor’s sister, Lady Lee Alodia Lightning. But once in custody again, Misery learns that her future is not what she anticipated.

But before looking ahead, let’s see her backstory, which reaches the reader in calculated data-bursts.

Misery was born to a struggling and generally impoverished single mother on the mining colony of Rootsdown. Her mother told her that she, Mom, had been visited by an angel when pregnant with Misery. The angel promised a high destiny for the unborn child. And indeed, that destiny has begun to manifest, including some special powers detailed below, as well as the omnipresent vision of a spectral confidante named Ruin (a character quite engagingly droll, cynical, sarcastic, and fussy).

This is all quite acceptable to everyone, because they know angels really exist. (The only question is whether Misery was truly tapped by one.) When humanity first left Earth, they encountered a being named the Larex Forge, possessed of demigod powers. Since then the Forge has been a combination of mentor/parent/dictator to humanity. That is, for all except the Heretics, who deny the faith. Growing more powerful, the Heretics threaten the Faithful, and it is Misery’s anointed quest to lead the fight against them.

As we soon see, this involves training her in military tactics and weaponry. So she is sent to a station called Angelsteeth, where she bonds with several new comrades in a boot camp environment—and, surprisingly, with the royal sister Lightning. Warfare and other tribulations including treachery ensue, bringing Misery to at least a temporary milestone in her voyage.

The power which I alluded to earlier is to interact with holystone. This quasi-living material is essential to the architecture and technology of the Empire. “These rocks are full of surprises, tricksy bastards: some invert gravity, some power the hearts of starships, yet others can destroy everything in their path.” Misery can mentally reach out and get the stuff to obey her—sometimes. Yang’s invention and usage of this enjoyable novum is part and parcel of the baroque future they invent. (Recall Aldiss’s characterization of space opera as functioning in the “Widescreen Baroque” manner.) At times, the scenario that Yang delivers resembles Jodorowsky’s The Metabarons. A host of natural-sounding neologisms fleshes out the future in an essential manner. (There’s nothing worse than far-off exotic worlds and times described with a pedestrian twentieth-century vocabulary.)

In her youthful exuberance and bullheadedness, Misery is often her own worst enemy. And occasionally her complaints, dreams and observations exhibit an irritating touch of juvenile short-sightedness. But the arc of maturation she undergoes is fascinating to follow, as the fates of worlds are juggled, and adventures aplenty are unfurled.

An ambitious reader could pair this iteration of the Joan legend with Lydia Yunkavitch’s The Book of Joan (review here) for a double-barreled blast of holy warrior woman. 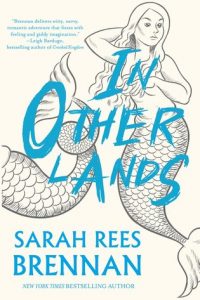 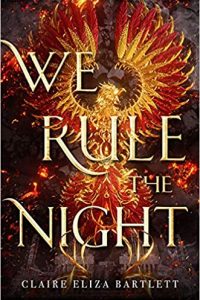 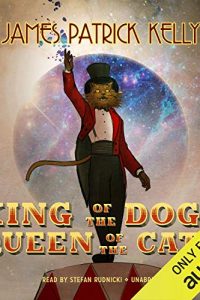