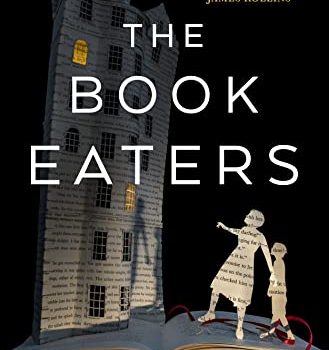 Sunyi Dean, The Book Eaters (Tor 8/22) A first novel getting a lot of critical praise, this strange and gripping horror novel involves cult-like families who actually eat books and absorb their contents. One such woman, raised by her reclusive Yorkshire clan on fairy tales and cautionary stories, has a son with a rare hunger for human minds, not books, and does her best to care for him in “a dark world of daunting moral challenges and toxic misogyny.” [Gary K. Wolfe]

Karen Heuler, The Splendid City (Angry Robot 6/22) This cozy satirical fantasy novel deftly combines ab­surdity and politics in the dystopian state of Liberty, where a rebellious young witch is forced to live with an obnoxious co-worker she turned into a talking cat, who observes at the start “I’m finding it very hard to have a reasonable conversation these days. Everyone shouts sound bites and no one shouts facts.”

Tanya Huff, Into the Broken Lands (DAW 8/22) A rare standalone from Huff, this fantasy quest novel follows two groups, 60 years apart, hunting for a mystical object in a land shattered by a mage war and filled with horrors, where they uncover secrets and learn important lessons about themselves and what it means to be human.

Simon Jimenez, The Spear Cuts Through Water (Del Rey 8/22) A guard and an outcast help an ancient god escape from a despotic emperor and his sons, who use the god’s powers to control the empire. “Jimenez has herewith delivered something utterly individual and idiosyncratic… the sheer bravura gusto of his prose is contagious.” [Paul Di Filippo]

Rich Larson, Ymir (Orbit US 7/22) In this far-future SF novel inspired by “Beowulf”, Yorick reluctantly returns to his homeworld when a vicious alien ma­chine threatens his employer’s mines. “If one tried to engineer a young writer who would embody all the core values, tactics, and ambiance of Classic SF while still conveying ultra-contemporary attitudes, ambiance, and affect, one could hardly produce a better candidate than Rich Larson.” [Paul Di Filippo]

Victor Manibo, The Sleepless (Erewhon 8/22) A journalist becomes a suspect in his boss’s death in this near-future corporate thriller, set in a world where a pandemic has left a quarter of the world unable to sleep, but apparently unharmed – increasing their pro­ductivity and changing society, alarming extremists, and obscuring a dark secret that threatens humanity. A first novel getting significant buzz.

Leslye Penelope, The Monsters We Defy (Orbit US/Redhook 8/22) In this historical fantasy novel set in 1925 Washington DC, Clara Johnson, a young Black woman who can talk to spirits, has become indebted to them and now must pull off a daring heist, stealing a magical ring from a wealthy and powerful woman.

Alastair Reynolds, Eversion (Orbit US 8/22; Gollancz 5/22) A departure for Reynolds, this stand­alone Gothic SF novel offers a fascinating puzzle as it follows three ship doctors named Silas Coade: one in the 1800s, one in the 1900s, and one in the far future, on a ship searching the galaxy for a mysteri­ous artifact.

Robert Freeman Wexler, The Silverberg Business (Small Beer 8/22) This genre-bending novel mixes weird western with hard-boiled detective tale in 1888 Texas, where a visiting Chicago PI investigates the disappearance of one Nathan Silverberg, and things get very strange, indeed, including some nightmarish nods to Lovecraft, and a purgatorial poker game. “As bizarre as Wexler’s landscapes may be, they’re popu­lated by characters of genuine resonance…. I expect these folks, trapped in their own dark realities, will haunt me for some time to come.” [Gary K. Wolfe] 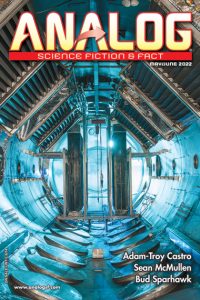