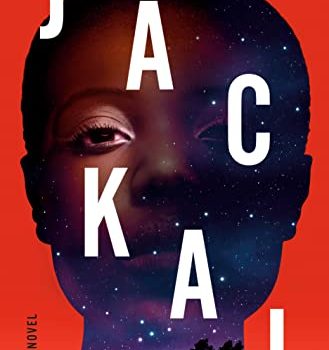 Feminist fantasy romantic comedy novel, the third in the Fix-It Witches series. Leanne, after two failed marriages, cares more for her coven than romance, but needs the right husband to boost her political career.

Space traveler Hackett has been “time-traveling” through time dilation, and his life ends up interwoven with that of a woman on a world being destroyed by an ever-rising Tide.

Bruce, Camilla: The Witch in the Well

Horror/mystery novel with folklore/possible fantasy elements. Two women researching the death of a witch over 100 years before become rivals, and one ends up dead — but is it murder or a sinister something from the well?

Horror novella, set in 1916 during the First World War, in an alternate world where resurrection is possible.

Fantasy novel about a Puerto Rican teen who develops a strange ability when her cuentista grandmother dies.

Cochrane, Neil: The Story of the Hundred Promises

Fairytale fantasy novel, a loose retelling of “Beauty and the Beast” centered on queer and trans characters. Trans sailor Darragh searches for the enchanter who once gave him the magic to become his true self.

Croft, Tehani, Lai, Stephanie, eds.: The Art of Being Human

Anthology of 23 stories and one poem, written to remind people of the importance of art in the face of reduced funding. Authors include Aiki Flinthart, Juliet Marillier, Tansy Rayner Roberts, Kaaron Warren.

Young-adult horror novel. Roxie, a member of a supposedly cursed family, runs a ghost tour and helps investigate the death of her sister’s boyfriend.

Vampire romantic comedy. Lilly accidentally gets turned into a vampire and has to deal with romance, a vampire master who wants her truly dead, a co-worker turned slayer, and the fact that her  body will now be plus-size forever.

Collection of 31 stories, with an introduction by Stephen Volk.

Fantasy novel about a Chicana artist who practices brujeria and curanderisma, but is having trouble even before her husband is arrested for the murder of their friend, and the ghosts of two murdered women start haunting her.

Glaze, Amanda: The Second Death of Edie and Violet Bond

Young-adult historical horror novel set in 1885 California. Runaway twins Edie and Violet Bond are powerful mediums who join an all-female traveling spiritualist show, only to realize a dark spirit and a killer are killing mediums.

Werewolf novel. Rory Morris returns to her hometown to help her pregnant twin sister, but after she is attacked one night she begins to look and feel different.

Fantasy novel, tenth in the Godstalk/Kencyrath series. Jamethiel Knorth, Priest’s Bane and Dream-Weaver, has returned victorious from Tai-tastigon, but trouble dogs the Kencyrath.

Post-apocalyptic SF novel. A couple, among the few lucky survivors of the deadly Shark Flu, decide to cross a devastated America to find their daughter, who joined a cult.

Howey, Hugh: Across the Sand

SF novel, a standalone set in the world of Sand. A disaster has destroyed civilization as we know it, and four siblings struggle to build their futures amid the harsh wastes of endless desert.

Gothic dark fantasy/horror novel of family secrets, superstition, and old mysteries, set in 1954 Cornwall. Mila, learning her husband is unfaithful, moves with her daughter and mother-in-law to a neglected old house with a reputation.

Portal fantasy novel. Sixteen-year-old Laura finds herself with amnesia, in a village with dark secrets, but without electricity or running water.

SF mystery novel. An amateur detective causes enough trouble that it drives her to live on an alien space station, but her probems come with her.

Station Eternity balances both the science fiction elements – meeting aliens, understanding how to work with them – and the mystery elements very evenly; it genuinely works as both genres (and works best as both).

Original anthology of 26 horror stories showcasing BIPOC and other ethnically marginalized writers and artists from around the world, each story with an illustration by a different artist. Authors include K-Ming Chang, Johnny Compton, Darcie Little Badger, P.H. Low, Karin Lowachee, Rivers Solomon.

Middle-grade talking animal fantasy novel. Ten-year-old Eden and nine-year-old August discover a secret Institute dedicated to the peaceful co-existence of insects and humans, but it also holds a dangerous secret.

Non-fiction reference, a guide to French science fiction from the 16th century to 2000. Parts previously appeared in French Science Fiction, Fantasy, Horror & Pulp Fiction (McFarland 2000), now split into three parts with The Handbook of French Fantasy & Supernatural Fiction and The Handbook of French Fantastic Cinema & Television. Corrections have been made, and an afterword offers an overview of development in the field since 2000. Includes index.

Lund, Natalie: The Wolves Are Watching

Young-adult horror novel. A toddler goes missing in a small town, and her mother investigates the wolves in the woods and another little girl’s disappearance in 1870.

Anthology of horror stories and poems. Queer authors re-imagine classic monsters and explore the fear of the other.

Horror novel. An artist is forced to read a book that seems demonic — or its writer unhinged — to save his sister in a small town with dark secrets.

Young-adult fantasy novel, the first in the Princes series offering the princes’ perspectives on Disney stories.

Nayler, Ray: The Mountain in the Sea

Near-future cephalopod/AI thriller about the nature of consciousness. An octopus civilization on a remote archipelago attracts scientists and greedy corporations, and the cephalopods want them gone.

In Ray Nayler’s remarkable first novel The Mountain in the Sea, though, the main characters are speculating all the time – about consciousness, perception, communication, language, neural structures, corporate greed, social organization, environmental depredation, artificial intelligence, and most of all, octopuses. Far from bogging down the narrative into a series of infodumps and as-you-know-Bobs, those speculations form the core of the novel, and Nayler presents them with such immediacy and passion that the intellectual adventure is as compelling – more compelling, really – than his tale of corporate intrigue, high-seas adventure, and characters dealing with past traumas while searching for some sort of identity.

Folk horror novel. Gang members hiding out in rural Pennsylvania try to extort money from a mushroom farm with an enigmatic owner.

Very near-future dystopian novel about a 12-year-old boy trying to track down his long-lost mother, a Chinese-American poet. Set in a world like ours, with the polarization, censorship, scapegoating of Asian-Americans, and removal of children from their families as a means of political control.

Middle-grade SF novel. Abby meets two boys “a long way from home” who need her help, and travels to the future with them.

Near-future postapocalyptic SF thriller novel set in a world devastated by multiple catastrophes. A woman who fled a cult years before suspects it’s behind her daughter’s kidnapping and husband’s murder.

Non-fiction, a collection of autobiographical essays by Shatner with Brandon, reflecting on what Shatner has learned over his many years, told through stories of his life.

Supernatural thriller. Artist Haven Marbury finds a manuscript by her late father, Bedtime Stories for Monsters, and decides to illustrate the stories — but things start to get strange.

Silvera, Adam: The First to Die at the End

Young-adult fantasy/quasi-SF novel, a prequel to They Both Die at the End about two new strangers spending their last day together after DeathCast makes its first fateful announcements.

Horror novel. An invisible girl goes on a journey to save her best friend from the horrors of Nazi Germany.

Non-fiction collection of essays on art, illustration, and film-making, offering advice to writers and artists, young and old.

Tudor, C.J.: A Sliver of Darkness

Official biography, by Pratchett’s manager, finishing the memoir that Pratchett was unable to complete before his death.

SF space opera novel. More than a century ago, the network that made interstellar travel possible collapsed, but the connection to old Earth appears to have reopened.

Robert Rick McCammon was born July 17, 1952 in Birmingham AL, where he has lived all his life. He received a BA in journalism from the University of Alabama in 1974, and worked on the copy desk at a lo­cal paper before becoming a full-time writer. McCammon began his career as a horror writer, and wrote numerous acclaimed and bestselling novels as Robert R. McCammon. His debut Baal appeared in