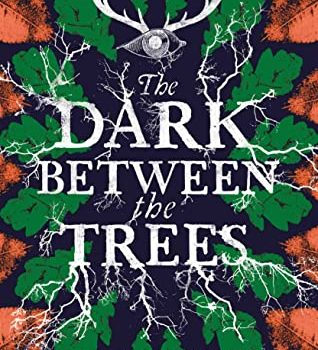 Barnett, Fiona: The Dark Between the Trees

Horror novel. In 1643 seventeen soldiers retreated into the haunted Moresby Wood. Only two emerged, telling strange stories. In the present day, a group of researchers return to Morseby Wood to find out what happened.

Fantasy novel, the second in the Viridian Deep series about Auris Afton Grieg, who stumbles into the world of the fae.

Urban fantasy novel, the first book in the Unorthodox Chronicles series following a witch named Grimshaw Griswald Grimsby, a “mediocre witch” on the run and trying to solve the murder of his mentor.

Urban fantasy novel. In Toronto, a serial killer is prowling bars and nightclubs, bringing a troubled musician and an outcast magic user together, as they learn about the danger that stalks them both.

Chakraborty, S.A.: The River of Silver

Collection of 15 stories in the Daevabad trilogy, giving background perspectives from a number of different characters, and including an author’s note and an alternative epilogue to The Empire of Gold.

Satirical horror novel, dealing with current world and US events, plus aliens and the Mothman legend.

Gothic horror novel about a family haunted by an ancient evil. Nellie inherits an old farmhouse in a pine forest, and there’s something wrong only her 11-year-old son can see.

Fantasy novel, third in the Mystic trilogy. Mystics are blamed for the tragic outcome of a magical disaster, Myst is declared illegal, and the mystics are imprisoned.

Steampunk novella. Journalist Sophronia Tempest investigates a secret sect and winds up in another world.

SF novel. The UK government keeps control with an official typeface that causes bliss in most people, but the few who are allergic to it are persecuted, including powerful CEO Jane Ward, who suddenly develops the allergy.

Urban fantasy novel, the third in the Lilith series. Lee Striga, an actress, stuntwoman, and demon hunter, returns to Los Angeles to find all kinds of animals sheltering on her ranch, and people vanishing without a trace.

Gothic supernatural romance novel, the first in the Glazier’s Gap series. Unemployed writer Lillian Anders goes to a writers’ conference in Glazier’s Gap, Colorado and encounters a 19th-century ghost who’s sure she’s the reincarnation of his betrothed.

Fantasy novel, second in the Children of the Consortium series. Jolan the dream teller wants to use her gift to help all comers, but after an old man’s nightmare turns out to be a dire warning for her nation, she winds up entangled in political intrigue, betrayed, and sold into slavery.

SF novel, first in the Kystrom Chronicles series. In lieu of a prison sentence, criminal linguist Sean Wren races to salvage data from an ancient abandoned spaceship before it’s destroyed, possibly unlocking the secrets of immortality.

Apocalyptic horror novel set in a world ravaged by climate change. Two woman looking for water in an old mine find a diary telling of the discovery of horrors in the mine — and they’re still there.

SF mystery novel of murder on an interplanetary liner between Earth and Mars.

The Spare Man is a perfect latter-stages-of-a-pandemic read. The logline is simple: The Thin Man’s Nick and Nora Charles take a cruise between Earth and Mars. Mystery ensues. [. . .] There is a murder. There are narrow escapes. There is a magician and thugs and poison. Despite several close calls, you know that Tesla and Shal will figure out who did what to whom.

Liang, Ann: If You Could See the Sun

Young-adult contemporary fantasy novel. A poor scholarship student at an elite Beijing boarding school starts uncontrollably turning invisible. When her family runs out of money, she uses the power to spy on her rich classmates and blackmail them.

Collection of four standalone horror novellas, each about the written word, including a cursed novel, an unusual pop-up book, and a choose-your-own adventure story.

Collection of nine career-spanning stories including one a short novel What We Can Know About Thunderman, about the surreal/Kafkaesque history of the comics industry.

With that late entry from John Clute in (he was busy helping take care of Ellen Datlow in London), I’m wrapping up the long fiction section of 2008 Under Discussion—thanks to everyone who participated. We may have a similar moderated discussion on short fiction, with invited editors chiming in on the topic—we’ll have to see how that comes along. Either way, our contributors are now freed up to blog at