In mid-Au­gust 2022, an outcry arose on Twitter among middle-grade and YA authors, agents, and others in the industry, alleging that Barnes & Noble had changed their policies for stocking those books. Numerous authors, including Kalynn Bayron, reported the discovery that their hardcover new releases wouldn’t appear on Barnes & Noble shelves at all.

According to Publishers Lunch, Barnes & Noble told publishers that middle-grade hard­covers were not selling well, and that YA and adult hardcovers were also doing poorly, and that they would order fewer hardcovers as a result, choosing to focus on trade paperbacks. James Daunt, B&N CEO, explained that, “A good bookseller sells good books, and to do so must exercise taste. This role of curation is es­sential but one that for many years Barnes & Noble abrogated…. Up to 80 percent of middle grade hardcovers bought by B&N were rou­tinely returned unsold to publishers. The rates of returns for adult fiction were little better.” B&N has reportedly been pushing publishers to release more trade paperback originals for chil­dren’s and YA titles. Daunt said, “This is sensi­ble in moderation. At the lower price point, and in a format friendlier to children themselves, some titles which will struggle to sell in more than very small quantities in hardcover will be better served if published in paperback. It is not all one thing, or all the other, but a common sense judgement to be made by the publisher.”

Daunt pushed back on the allegation that the store only wants to carry bestsellers, saying the chain “will buy fewer titles inevitably – this is what happens if taste is exercised – but also more copies of those it seeks to champion. This will be especially valuable, when done well, for new and emerging talent. Far from carrying only ‘bestsellers,’ by which is meant the very well established and small number of authors who sell year in, year out, Barnes & Noble will give the space and devote the energy to propel the success of new voices. This is what it is to be a good bookseller.” Daunt also claims hard­cover sales haven’t declined – they’re just or­dering fewer, and therefore have fewer returns. For more, see the story at Publishers Lunch. 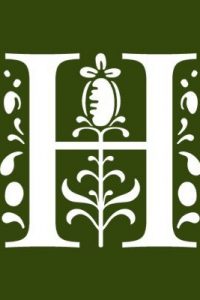