ZORAIDA CÓRDOVA was born June 26, 1987 in Ecuador, and moved to the US at age six, where she grew up in Hollis, Queens, New York. She is a prolific author of fiction for children, young adults, and adults.

Córdova attended National Book Foundation writ­ing camps in high school and began writing novels in college. After graduation she was an intern at a literary agency.

Her debut novel The Vicious Deep appeared in 2012, followed by sequels The Savage Blue (2013) and The Vast and Brutal Sea (2014). Other series include Brooklyn Brujas, with Labyrinth Lost (2016), Bruja Born (2018), and Wayward Witch (2020), and the Hollow Crown duology, with Incendiary (2020) and Illusion­ary (2021). Her standalones include adult novel The Inheritance of Orquídea Divina (2021) and middle-grade novels The Way to Rio Luna (2020) and Valen­tina Salazar Is Not a Monster Hunter (2022). Adult fantasy Fall of the Rebel Angels is forthcoming.

She has written numerous tie-ins, including for Star Wars, and a contemporary retelling of Disney’s The Little Mermaid, Kiss the Girl, is forthcoming. She also writes romance as Zoey Castile.

“I have an atypical story for my path to becoming a writer, I guess. When I was in high school my social studies teacher, Mr. Johnson, gave me an application for the National Book Foundation Writing Program. The National Book Foundation had a writing camp every summer for years – I think it was decades but don’t quote me on that – and it was completely free. They invited 50 or so people, flew everybody out, we all went to a college in Vermont and spent spent days workshopping poetry, fiction, and one other genre. I did that for two summers – one sum­mer it was playwriting, and the second sum­mer was non-fiction. That’s where I learned about publishing as an industry. It wasn’t just about writing. Ann Angel, who writes creative non-fiction for YA and middle grade, taught me about how to query, what a query letter was, and introduced me Writers’ Digest. I was 17-years-old and writing query letters and sending them to agents, because I had a book. It was not a good book, but my query letter was better than my actual novel, so I did get some responses. The novel that I queried with is in my storage closet somewhere, since it never went anywhere. After that I wanted to know what the industry looked like, and that really sent me on a journey. I was 18, looking for internships and jobs in publishing, because I wanted to see how the sausage was made – and unfortunately, now I know too much.

“I got an internship at a literary agency. The owner passed away a couple years ago, but he had this agency for 30 years and represented a ton of eclectic authors. I learned what agenting was, how it worked, and that’s where I met my first agent. She asked me if I wanted to be a writer, and I said, ‘Of course, that’s why I’m here, to learn,’ and she told me to finish writing a new book. I was in college, and I would write in anthropology class, because it was like a giant lecture with a teacher just talking for an hour. I would just write and write and write on my tiny, little, weird computer. I don’t know if these are discontinued, but it was some type of word processor. I would write my book and not pay attention in school, and then I would work full time at a bar, until I had a novel. We got a lot of rejections. I looked those up recently, because I was like, ‘Am I misremembering?’ I was not. It was a lot of rejections that all said, ‘We have a Latino book on the list already and don’t see a reason to have another quinceñera book.’ That was 2008. I still am super dramatic, but I was so dramatic back then, and I declared: ‘I’m not going to write ever again!’ I didn’t write for a year, and then I started writing my merman novel, The Vicious Deep. That’s the book that my agent sold. I didn’t have to query again until I left my first agent, and then I queried for my second agent, and also my third – I’m on my third literary agent.

“This is going to be super embarrassing to admit, but I did not write my first novel with the idea that it was actually going to be a tril­ogy, and so I locked myself in with a really bad timeline in the first book. The entire trilogy takes place over the course of 14 days, but the epilogue takes place over a month. I have a habit of doing that – all my epilogues are like, ‘So much time has passed and I’m summariz­ing.’ But I learned how to outline, and how to think ahead. The first book is now actually out of print; the publisher returned the rights to me. I started rereading it, and I see how raw my writing was, but I still really love it. I see myself as having become a more patient writer since then, and it’s been a very long 10 years. Edito­rial feedback has been very important to my work and my process because I feel I have so many ideas, and I need somebody to help me rein in that chaos. With my editor now, Melanie Iglesias at Atria, who publishes my adult books, I have the right balance, and somebody who really challenges me.

“My approach for writing is the same for every age group, except I outline a little dif­ferently with every book, because every story needs a slightly different structure. Sometimes I work off a hero’s journey, or heroine’s journey, and the three-act structure. Sometimes I’ll do four acts, but the most important part, and the thing that changes, is the voice. As long as I know who the character is, I don’t actually worry about the age group. It just has to be from this character’s voice, because there are tons of adults who read middle-grade for fun, and there are some high school kids who read adult books because they don’t like to read YA. I can’t make the choice of who actually picks up the books. I can just write the story. As long as the character’s voice is there, I don’t worry about the rest.

“Sometimes my books begin with an im­age. For instance, with my debut novel, The Vicious Deep, I was at Coney Island and I saw a lifeguard and I was like, ‘That lifeguard is handsome – what if he was a merman?’ It really is the most ridiculous train of thought, but I let my mind wander and ideate on these people and what their story could be. Sometimes I see an image: for The Inheritance of Orquídea Divina, this image kept returning to me of this woman turning into a tree – ‘Now I have to tell her story, because I have to understand why she turns into a tree.’ That’s how it goes. When I started writing Labyrinth Lost, which is the first book in my Brooklyn Brujas trilogy, I kept imagining two sisters, and then one sister had so much personality that I split her into two people, and it became three sisters. Writing a book is a combination of knowing an image and wanting to unravel that image, and also coming up with characters as the story dictates. For a side character, I’m always thinking, ‘What does this person need? What are their challenges? Who’s going to be their ally? What’s their obstacle?’ I let those ques­tions create the narrative.

“Kiss the Girl is the third book in a series called Meant to Be. The first book was writ­ten by Julie Murphy, and the second book by Jasmine Guillory, and I’m writing the third installment. It’s a Disney series for their adult line, with retellings of the Disney princesses as modern millennial women. I’m doing Ariel from The Little Mermaid. I’m working on edits for that now. We don’t have a release date for that yet, but it’ll likely be next summer – they’re doing cover sketches right now. That book was really fun for me to write because it felt like a romantic road trip. The Little Mermaid is my favorite Disney movie, and Ariel is my favorite princess. I think it has something to do with the fact that when I was three years old and living in Ecuador, my grandmother – who had already been in the US for quite some time – sent me a VHS of The Little Mermaid for my birthday. I watched that movie as many times as we could rewind it and watch it again in a single day, for days and days and days. That’s how I learned to speak English, so by the time I came to America, I could at least repeat those words. The Little Mermaid is part of my creation story, my origin story, and I feel very fortunate to write a ver­sion of Ariel.

“We’re retelling the princess stories, and because it’s hard to tell the story of a mermaid princess as a contemporary story – there’s no magic in this series – instead she’s musical royalty. I wanted to keep the theme of her hav­ing to find her voice, and the reasons why she would give up her voice – not just for a dude, but for her own agency and something that she wants. What she wants is freedom from her father. And also romantic love. Those themes were important for me to write. I did want to vindicate Ursula the sea witch a little bit, so I have a fun storyline for her, and it’s just a re­ally a good time. Which is what writing should be, right? Sometimes writing is painful, and sometimes writing is really fun. 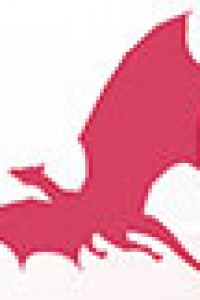