WENDY N. WAGNER is now represented via Lane Heymont of The Tobias Agency.

IDZA LUHUMYO’s “Five Years Next Sunday”(Disruption) won the £10,000 Caine Prize for African Writing, “awarded for a short story via an African writer published in English,”presented July 18, 2022 at the Victoria and Albert Museum in London.

RICK LAI won the 2022 Mun­sey Award, given “to an individual or institution that has bettered the pulp community,”presented dur­ing PulpFest 50, held August 3-5, 2022 at the DoubleTree by Hilton Hotel Pittsburgh – Cranberry in Pittsburgh PA.

MARGARET ATWOOD’s story collection Old Babes in the Wood sold to Bill Thomas at Doubleday via Karolina Sutton at Curtis Brown UK. McClelland & Stewart will publish simultaneous­ly in Canada, and Chatto & Windus in the UK.

ELIZABETH HAND sold A Haunting on the Hill, inspired by SHIRLEY JACKSON’s classic The Haunting of Hill House and the first such work authorized by Jackson’s family, to Helen O’Hare at Mulholland Books via Danielle Bukowski of Sterling Lord Literis­tic for the Hand and Murray Weiss of Catalyst for the Jackson family.

JUSTIN CRONIN’s next novel The Ferryman sold to Jennifer Hershey at Ballantine via Ellen Levine of Trident Media Group.

KELLEY ARMSTRONG’s The Rental and a second book sold to Michael Homler at St. Martin’s via Lucienne Diver of The Knight Agency.

MARK HELPRIN’s literary epic The Oceans and the Stars sold to Tracy Carns at Overlook via Emma Patterson and Emily For­land of Brandt & Hochman.

PREMEE MOHAMED’s novel The Butcher of the Forest sold to Emily Goldman at Tordotcom via Michael Curry of Donald Maass Literary Agency. Jonathan Strahan will edit.

HAILEY PIPER sold A Light Most Hateful to Davi Lancett at Titan at auction via Lane Heymont of The Tobias Literary Agency.

ANDREW WILMOT sold Withered to Jen Albert at ECW Press via Kelvin Kong of K2 Lit­erary after the book was selected as the winner of ECW’s Best New Speculative Novel Contest.

GIN SEXSMITH sold liter­ary fantasy In the Hands of Men, about a virus that turns men who’ve committed violence against women into animals, and non-fiction book Mutt, about the Indigenous expe­rience and colonialism, to Gilded Press for six figures.

JESSICA DORSEY sold Writ­ten in the Cards to Gilded Press.

S.C. GRAYSON sold Chaos and Crowns, second in the De­fenders of the Light series, to Lisa Green at Mystic Owl.

SARA RAASCH & BETH REVIS sold YA historical fantasy Night of the Witch and another ti­tle to Annie Berger at Sourcebooks Fire at auction via Amy Stapp of Wolfson Literary Agency for Raas­ch and Merrilee Heifetz of Writers House for Revis.

LORIEN LAWRENCE sold YA fantasy The Many Hauntings of the Manning Family to Emily Daluga at Abrams Children’s via Kathleen Rushall of Andrea Brown Literary Agency.

LONI CRITTENDEN’s Gos­samer & Glass, an “African Dia­sporic-inspired YA fantasy,”went to Elizabeth Agyemang at Clarion via Rebecca Strauss of DeFiore and Company.

LEE PAIGE O’BRIEN’s YA fantasy A Hundred Vicious Turns and a new book in the Broken Tower series sold to Emily Daluga at Amulet via Jordan Hamessley of New Leaf Literary & Media.

MORGAN MATSON’s YA fantasy Promchanted, about two teens who find themselves in the Disney movie Sleeping Beauty, and a second book sold to Brittany Rubiano at Disney-Hyperion via Emily van Beek of Folio Literary Management.

APARNA VERMA’s fantasy The Phoenix King and two more books sold to Priyanka Krishnan at Orbit and Jenni Hill at Orbit UK via Lucienne Diver of The Knight Agency.

First novelist EMILY JANE’s On Earth as It Is On Television sold to Adam Wilson at Hyperion Avenue via Holly Root at Root Lit­erary.

KAY COSTALES sold first fan­tasy When They Beckon to There­sa Cole at City Owl Press via Les­ley Sabga of the Seymour Agency.

ANGELIQUE BURRELL’s first novel, YA fantasy A Mark in the Road, went to Jennifer Lowry at Monarch via Bonnie Swanson of The Purcell Agency.

XUETING CHRISTINE NI will edit and translate Sinophagia, featur­ing “14 dazzling tales of contempo­rary Chinese horror that have been translated into English for the very first time,”for Michael Rowley at Solaris.

PHILIP FRACASSI resold horror novel Boys in the Valley and a second book to Nadia Saward at Orbit UK via Chris Scheina at Macmillan.

TANIA CHEN is now assistant editor at Uncanny, taking over for MONTE LIN, who will be manag­ing editor starting with the 1-2/23 issue.

STEPHANIE SINCLAIR was hired as publisher of McClelland & Stewart and Hazlitt at Penguin Random House Canada, beginning October 3. She replaces JARED BLAND, who is taking the new role of vice-president of communica­tions and community there. Sinclair was previously a literary agent of CookeMcDermid. 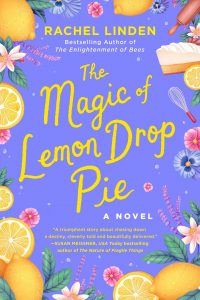 May 17, 2017 admin Comments Off on Anthony Award Nominations 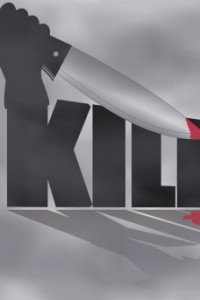