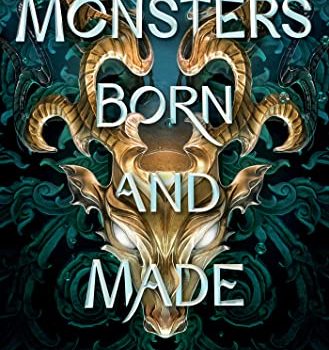 Berwah, Tanvi: Monsters Born and Made

Young-adult fantasy novel with South Asian and classical mythical elements, about a teen who hunts maristags, giant ocean beasts, so her family can survive, but desperation forces her to cheat her way into a competition for the elite.

SF novel. Russ finds a strange artifact in his grandfather’s collect of antiquities, and it catches the interest of a ferocious alien—and an over-eager team of exterminators.

Paranormal romance novel, the first in a series. Thea discovers she’s not human, and adjusting to her fae side makes her attraction to Devin Grayson dangerous. This had been edited from its original serial appearance on Wattpad.

Folk horror novel set in 1949 North Carolina, where an agricultural inspector stumbles on suspicious farmers and a forgotten village with some bizarre Old World harvest rites.

Fantasy mystery novel, sixth in the Haunted Library series. A body is found in the library basement, and Librarian Carrie Singleton must once again figure out what happened, assisted by the resident cat and library’s ghost.

Upper middle-grade fantasy novel, the first in the Serwa Boateng series about a 12-year-old training to become a Slayer of the Abomofuo order, Ghanian warriors charged with defeating dark creatures.

Young-adult cyberpunk SF novel. Eighteen-year-old Sil Sarrah has twelve months left before the supercomputer grafted to her brain kills her.

SF novel. A former research scientist—and massive bodybuilder—has been infected with viral cannibalism and sent to a government-mandated Containment Center, while his infected brother runs a cannibal rights group. 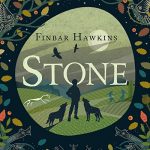 Young-adult fantasy novel. On the day of his dad’s funeral, Sam finds a strange, black stone which gives him supernatural powers.

Young-adult fantasy novel, the first in the Mystiquiel series. Nix searches for her missing uncle on Halloween, and finds herself in her own imaginary world of Mystiquel.

Young-adult horror novel inspired by Stephen King’s Carrie, following a biracial young woman forced by her abusive white father to live as white until a rainstorm at school gives away her natural hair texture and spurs racist happenings.

Young-adult fantasy novel about Ravenfall Inn, a magical B&B at the crossroads of the human world and the Otherworld.

Dark fantasy novel. Charlie Reade, 17, inherits both a dog and the keys to a parallel world where good and evil are at war.

Kolluri, Talia Lakshmi: What We Fed to the Manticore

Collection of three stories in new translations: the title piece following the darkly humorous travels of an apprentice magus, a travel tale, and a philosophical parable parody of Kant; this also includes a selection of excerpts from the author’s notebooks. Newly translated from the Russian by Joanne Turnbull with Nikolai Formozov. Introduction by Caryl Emerson; biographical afterword by Anna Bovshek.

LaRocca, Eric: Things Have Gotten Worse Since We Last Spoke and Other Misfortunes

Collection of three horror stories, including the eponymous novella.

Lawless, Shauna: The Children of Gods and Fighting Men

Fantasy novel, first in the Gael Song series, based on Irish mythology and real-life history.

Fantasy novel about a drag queen, whose ambitious protégé is determined to learn the perception-bending art of The Glamour; inspired by All About Eve.

Historical fantasy novel, the first in the Penelope series based on the story of Odysseus’s wife.

Middle-grade fantasy novel. One teen’s summer job scaring tourists with ghost stories takes a terrifying turn when he accidentally summons the spirit of a dead girl.

SF thriller. Sam Anderson, inventor of the device which sends convicted criminals back to the time of the dinosaurs, falsely confesses to his girlfriend’s murder to save his accused daughter.

Cozy fantasy mystery novel, first in the Witches’ Brew series. Phoebe Winchester inherits a Victorian mansion and a tea room/bookstore from an aunt rumored to have been a witch.

Young-adult fantasy novel inspired by Mexico, the first in The Sunbearer duology.

SF romantic-comedy novel inspired by Shelley’s Frankenstein, which has his sister creating her dream man out of body parts.