Katherine Addison, The Grief of Stones (Tor 6/22) Steampunk fantasy novel, second in the Cemeteries of Amalo series begun in the same world as The Goblin Emperor. Thara Celehar, investigating a noblewoman’s death, confronts an ancient, murderous phantom and loses his ability to speak to the dead. Addison is a pen name for Sarah Monette. ‘‘It is very seldom that a fantasy mystery novel manages to create this richness and depth and wholeness to their worlds… but Addison does it in The Cemeteries of Amalo with a seeming effortlessness that can only be the product of a prodigious amount of skill and work.’’ [Liz Bourke]

John Clute, Sticking to the End (Beccon UK 6/22) The latest non-fiction collection of recent work by the inimitable, highly respected critic/scholar of SF offers reviews, critical essays, and appreciations, plus over 50 film and TV reviews/essays, somewhat different versions of entries in The Encyclopedia of Science Fiction from 2014 on.

H.E. Edgmon, The Fae Keeper (Inkyard 5/22) The battle between witches and their fae oppressors heats up again in this young-adult LGBTQ+ fantasy romance novel, the second volume in the Witch King duology, ‘‘a hard-hitting conclusion to a stellar duology that I feel grateful to have read.’’ [Alex Brown]

John Kessel, The Dark Ride: The Best Short Fiction of John Kessel (Subterranean 6/22) Kessel’s new career-retrospective collection offers a selection of 20 stories from 1981-2021, with notes by the author on each. ‘‘As valuable an introduction as we could hope for to one of the field’s most distinctive and insightful literary voices.’’ [Gary K. Wolfe].

Fonda Lee, The Jade Setter of Janloon (Subterranean 4/22) Lee returns to the Asian fantasy world of the award-winning Green Bone Saga with a standalone prequel mystery/crime novella about an apprentice jade setter whose career – and possibly his life – is threatened when a priceless Jade weapon is stolen from his shop.

Adrian Tchaikovsky, Eyes of the Void (Orbit US 5/22, Tor UK 4/22) The Architects are back, immune to the artifacts that protected world in the past, and humans scramble to find a way to stop them in this grand space opera novel on a sweeping scale, second in The Final Architecture trilogy.

Vauhini Vara, The Immortal King Rao (Norton 5/22) In this near-future SF novel, King Rao’s daughter, accused of killing him and trying to save the planet from climate change, tells how her father went from lowly village boy in India to tech mogul and creator of a global, corporate-run government, and his development of direct neural access to the internet. ‘‘Both a strong debut and an important addition to a growing canon of novels addressing our rising anxiety and concerns about where the Digital Age is taking us.’’ [Ian Mond]

Nghi Vo, Siren Queen (Tordotcom 5/22) A Chinese-American lesbian girl decides to make it in the movies on her own terms in this atmospheric historical fantasy novel of pre-Code Hollywood, an industry run by monsters and full of ancient magic.

Lidia Yuknavitch, Thrust (Riverhead 5/22) Genre tropes get twisted and subverted in this quasi-SF novel about a young woman in a grim future, with a gift that lets her time travel when items she picks up connect her to people in the past – and she uses that ability to change the stories of people living on the margins in the past, and maybe change her own future for the better. 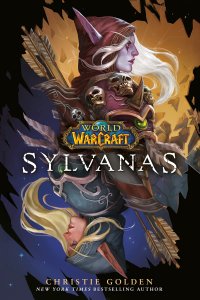 I write as if from the memory of a dream. Bits and pieces of who I am and what I’ve experienced or longed for, forming parts of a whole. Fantasy made this easier. As a child of a country conquered three times over before it had the chance to know what it was, I told myself the things I couldn’t find, I could fill in. Most fantasy writers don’t create