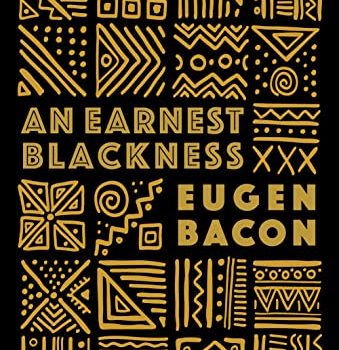 Humorous fantasy novel, subtitled “The Curious, Calamitous, Cockamamie Story of Starr Weatherby and the Greatest Mythic Reality Show Ever”. Struggling New York actor Starr gets a big role on a reality show for a Fae audience beyond the Veil.

SF space opera novel, the second in the Calpurnian Wars series. The Warlady of Morrigan has been assassinated, and her attaché hunts her killer in a race against time.

Fantasy novel of a warrior no longer satisfied with her job guarding her ruler, sequel to The Border Keeper.

Horror novel. Sheriff’s Deputy Drew Price can see the demons inside possessed people, but one demon gets wise and attacks Drew’s son.

Dark fantasy novella based on Greek myth. Eurydice is stuck in a hellish high school learning how to be dead, and telling the story of her disastrous relationship with Orpheus.

Fantasy novel about healers, storytelling, and family trauma, following a reporter investigating the murder of a curandera who could see the future.

Poblocki, Dan: Tales to Keep You Up at Night

Middle-grade horror novel. Amelia finds a mysterious book in her grandmother’s attic, and some of the stories have spooky connections to Amelia’s own life.

Revis, Beth: Star Wars: The Princess and the Scoundrel

Star Wars tie-in novel, about the wedding of Princess Leia and Han Solo.

Rocha, Kit: Dance with the Devil

SF novel, third in the Mercenary Librarians series. People scramble for power in TechCorps after the fearsome VP of Security dies.

Near future horror novel where a sadistic serial home invader films his crimes and offers tips for others to do the same as the crimes get darker and more inventive.

Mystery novel, in which the author is the protagonist, searching for ideas for his next book when he gets a tip about an abandoned baby and three shooting deaths — but then starts to suspect there’s something off about the tipster.

SF novel of a neo-feudal world torn apart by holy war, and the drug tellurium, delivered by a spike through the brain. Translated from the Russian by Max Lawton.

Epic fantasy novel, the second in the Burning Kingdoms trilogy inspired by Indian history. Malini prepares to depose her brother, while Priya fights the sickness that is spreading through all the living things in her country.

Urban fantasy mystery novel about people who inhabit the bodies and lives of others; two dwellers discover a body in their new house, uncovering layers of secrets when they investigate.

Fantasy novel about storyteller and a singer on the run, and how they let loose the first evil.

Young-adult dark fantasy/horror novel about a girl trying to save her sister who has been bewitched by a goblin prince. 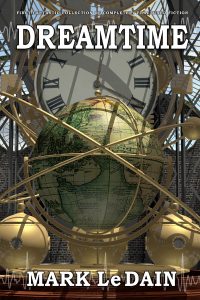 Isobelle Jane Carmody was born June 16, 1958 in Wangeratta Australia. She moved to Melbourne at age five, but grew up mostly in Geelong. She studied journalism at university, and worked as a feature reporter for the Geelong Advertiser before being published as a fiction writer. She is best known for her YA SF series the Obernewtyn Chronicles, which includes Obernewtyn (1987), The Farseekers (1990), Ashling (1995), The Keeping Place