Today’s cover reveal is from CamCat Books: a gorgeous and mystical cover for Brandon Ying Kit Boey’s debut novel Karma of the Sun.

Praise for the Book

“A hero’s journey for the end of the world, Karma of the Sun is a must-read for anyone reckoning with where we are now and where we will go next.” —Erin Swan, author of Walk the Vanished Earth

“Part journey into the mystical, part adventure in a faraway world, Karma of the Sun deftly moves through places and among characters as it transports the reader again and again. I really enjoyed the book.” —Eric Barnes, author of The City Where We Once Lived

Six Suns, six blasts in the sky; a seventh one, and the earth will die.

In the isolation of the Himalayas, the snows still fall, but they are tinged with the ash of a nuclear winter; the winds still blow, but they wail with the cries of ghosts. The seventh and final blast is near. As the world heaves its final breaths, the people of the Tibetan plateau—civilization’s final survivors—are haunted by spirits and terrorized by warlords. Though the last of the seven prophesied cataclysms is at hand, young Karma searches for a father who disappeared ten years earlier, presumed dead.

Driven by a yearning to see his father again before the end, and called by an eerie horn unheard by anyone else, Karma forges into the Himalayas and discovers that his father’s disappearance may be linked to a mystical mountain said to connect the physical world with the spirit lands—and a possible way to save their doomed future. 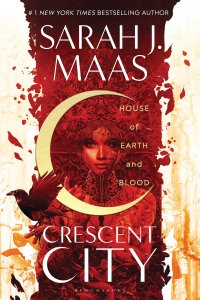 The Rio Hondo writing workshop was held May 13-20, 2018 in Angel Fire NM. While you are here, please take a moment to support Locus with a one-time or recurring donation. We rely on reader donations to keep the magazine and site going, and would like to keep the site paywall free, but WE NEED YOUR FINANCIAL SUPPORT to continue quality coverage of the science fiction and fantasy field.