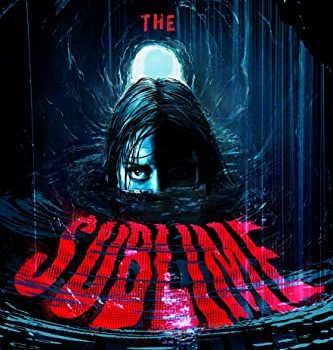 Boorman, Kate A.: Into the Sublime

Chen, Gina: Violet Made of Thorns

Young-adult fantasy novel inspired by fairytales and the Asian diaspora, with a morally gray witch, a cursed prince, and a prophecy.

Near-future SF novel of first contact with aliens determined to remove humanity from ecologically damaged Earth — regardless of what the humans want.

Supernatural thriller/romance novel, 37th in the Krewe of Hunters series. A recently kidnapped author novelizes her experience in order to get past it, but it seems like the threat isn’t gone.

Tie-in novel based on the game Shroud of the Avatar. A former soldier finds a legendary sword, but the sword might be manipulating him.

Collection of 14 stories, written over the past 20 years, ranging from horror to contemporary gothic. Includes one unpublished novella.

McMyne, Mary: The Book of Gothel

Fantasy novel about the witch who put Rapunzel in the tower.

SF novel, the third book in the Galactic Cold War series. A team of covert operatives tries to untangle the plot behind a terrorist attack in the Commonwealth capital.

Non-fiction, reference. A pop-science look into how and why horror films get under our skin, and why we come back for more.

Horror novel about a couple who buy their dream farm in Idaho, but learn a malevolent spirit haunts the valley. Adapted from the authors’ viral Reddit r/NoSleep post “My Wife and I Bought a Ranch”.

Paranormal romance novel, the second in the Immortal Enemies series. The fae King of the Forgotten meets a feral girl with the terrifying ability to sing monsters to life.

Alternate history SF novel, first in the Apollo Rising series about space exploration during the Cold War in 1979. Astronaut Vivian Carter commands the Apollo 32 mission to explore lunar volcanoes, when Soviets attack. Includes notes on the history and technology of space exploration in the period, and a bibliography.

Alternate history, set in 1970. A Russian sub sinks, leading to the US discover an alien ship on the bottom of the Pacific.

Young-adult LGBTQ+ fantasy novel about a stable girl who dreams about being a inspired by Norse mythology, the first in a series.

Webber, Heather: In the Middle of Hickory Lane

Magical realism/mystery novel. Con artist’s daughter Emme Wynn gets a dream chance to settle down with her estranged grandmother in Sweetgrass, Alabama. 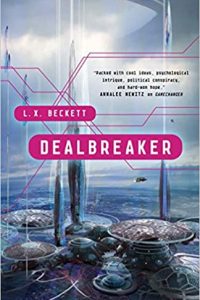