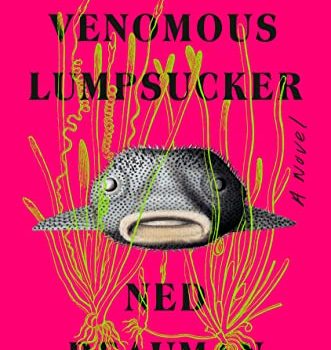 Near-future SF novel about two people trying to preserve the most intelligent fish on the planet, a small, ugly bottom-feeder.

Contemporary thriller/fantasy novel. Jean, working two jobs, learns about secret “shortcuts” that can transport her through space and time — but only in one direction.

An attack on the US releases bombs with a green mist that kills men and gives many women superhuman abilities.

Chambers, Becky: A Prayer for the Crown-Shy

SF novella, the second in the Monk & Robot series, set in a future centuries after robots gained self-awareness and left their jobs for the wilderness.

Collection of stories within stories about the lives and myths of Asian American women.

Horror novel. A professor of paranormal studies and a group of students investigate a haunted manor.

Young-adult fantasy novel retelling the story of Alice in Wonderland, first in the Curious Realities series.

Pre-historical novel with supernatural elements, part of the North America’s Forgotten Past series, final volume in the 27 book People of Cahokia sub-series about the city of Cahokia in North America.

Near-future gothic thriller/horror novel set years after the 2020 pandemic, and before a new, worse plague, a family flees to an island once a quarantine site for immigrants, where things start festive and gradually get spooky.

Fantasy novel, the first in the in the Rift Walker series set in the harsh world of Mira, where three teens are determined to avenge their paranoid and brutal father’s death.

Fantasy novel. White witch Eleanor, learning about her magic, is under house arrest with a letch of a former co-worker — currently in the form of a talking cat — while she tries to help locate a missing witch.

James, Holly: Nothing But the Truth

Fantasy novel. Hollywood publicist Lucy Green wishes for a perfect birthday, but the wish is granted in an unexpected way: she can’t lie at all, even to herself.

Literary novel with supernatural and SF elements about three boys (one with an imaginary double) adopted by a Staten Island imam, who eventually visit a futuristic city in Saudi Arabia.

Young-adult dark fantasy novel. The farm where Laurel Early grew up has awakened, and now she has to face a family curse before everything is destroyed.

Kingfisher, T.: What Moves the Dead

Horror novella, a more modern take on Poe’s “The Fall of the House of Usher”.

Feminist Western novel set in Washington Territory in 1889, where a fire changes lives for a banker, a conman, and a woman who can see the future.

SF novel, a far-future retelling of “Beowulf”. Yorick reluctantly returns to his homeworld when a vicious alien machine threatens his employer’s mines.

Young-adult fantasy novel, a companion to Echo North. Satu learns her father was once the North Wind, and traded away his power to marry her mother — but now Satu must race the Winter Lord to reclaim that power.

SF novel, sequel to Hunt the Stars. Bounty Hunter Kee takes three weeks leave on Bastion space station, only to have trouble follow at a fashion show meant to showcase collaboration between humans and Valovians.

SF noir novella about Marrow Nightingale, a PI in an undersea city, whose playboy brother turns up dead in her closet.

Cyberpunk SF novel. In 2112, wars have become a spectator sport, and a bereaved mother competes in a virtual reality gladiatorial game.

Skovron, Jon: The Wizard of Eventide

Stufflebeam, Bonnie Jo: Where You Linger & Other Stories

Collection of speculative, liminal short stories, with some degree of interconnection.

Van Loan, Ryan: The Memory in the Blood

Fantasy novel, third and final book in the Fall of the Gods series.

Absurdist, fable-like literary novel. Gaston, just trying to get by as a new wave of immigration washes over his unnamed country, has a scientist son who believes human life may be the product of an alien attempt at colonization. Translated from the Spanish La invasion del pueblo del espiritu (Anagrama Barcelona 2020) by Rosalind Harvey.

White, Alex: August Kitko and the Mechas from Space

SF space opera novel, the first in the Starmetal Symphony series. Jazz pianist Gus Kitko expects to be killed with the rest of humanity when the robot Vanguards arrive from space, but they turn out to be traitors trying to save humanity and want his help.

Wiles, Will: The Last Blade Priest

Fantasy novel about a Master Builder forced to work for and spy on the League that just conquered his homeland.

The success of an epic-fantasy novel rests heavily on world-building. Those who do it poorly tend to overwhelm the reader with dense historical detail, a blizzard of weird names and places and a detailed schematic of the world’s magic system. W.P. Wiles does not make this mistake. Drawing on his day job – where he’s a freelance journalist who writes about modern design and architecture – Wiles elegantly constructs his secondary world.

Williams, Tad: Into the Narrowdark

Fantasy novel, the third in the Last King of Osten Ard series, sequel to the Memory, Sorrow, and Thorn trilogy. The High Throne of Erkynland totters as the queen is thought to be dead in a rebellion, while the heir has been captured.

Fantasy novel, based on characters from J.M. Barrie’s Peter Pan series, a sequel to Wendy Darling set eight years later, about what happened to Captain Hook after he escapes the dark thrall of Neverland.

Several things kept me sane over the last 12 months. My family, the privilege of having a job while in lockdown, the Backlisted and Coode Street podcasts (particularly Coode Street‘s “10 minutes with” series), and the books I read. Yes, there were times in 2020 where I struggled to read more than a handful of pages, but the novels, novel­las, and collections I did complete (47 of which I reviewed