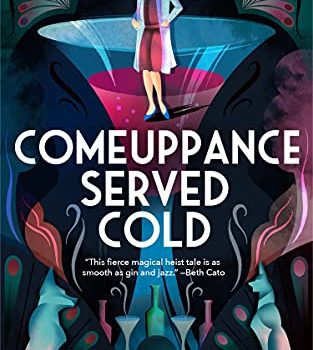 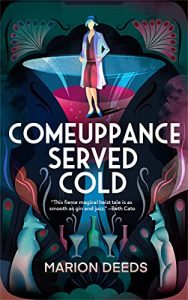 The prize for most original book I’ve read in a while goes to Comeuppance Served Cold, a magical caper yarn by Marion Deeds. Set in an alternate 1929 Seattle, where Prohibition has spurred a black market full of speakeasys and bootleggers, Comeuppance Served Cold is the story of Dolly White, who appears to be one thing but most certainly is another. Full of stylish mo­ments and taut conversations where witticisms fly but care must be taken over every single word, this is a novel that carries itself with a wink and nod but is actually deadly serious. Bad things are hap­pening in Seattle, and as much as Dolly doesn’t want to care about them, she is soon far deeper into local politics than she planned. Getting out of town with the treasure she is seeking is one thing, staying alive soon becomes another, and watching Dolly thread this needle is delicious fun.

In clearly labeled chapters, the plot flips back through several weeks of time and shows readers how certain characters came to be in their pres­ent predicaments. Dolly is a mystery for much of the book, with some questions about her past strongly hinted at while others are purposefully left opaque. Hired as a companion/minder to Fiona Earnshaw, the daughter of Seattle’s power­ful Commissioner of Magi, her official job is to get Fiona off an addiction to a magic-based drug so she can plan her society wedding. Dolly’s pres­ence in the Earnshaw household gives her a good look at how the commissioner conducts himself, and the dangerous game he and his son, leader of a group of city-sanctioned anti-magic vigilantes, are playing in pursuit of consolidating power. Ever so slowly, Dolly begins to make her move, forming alliances and gathering knowledge, but Deeds makes nothing obvious as she introduces a variety of compelling supporting characters each of whom has their own power (including shapeshifting) to add to the mix. The layers of Seattle’s society are slowly revealed as Dolly finds herself incapable of ignoring the depths of the Earnshaws’ depravity. These are men who need to be stopped, and Dolly, who finds herself forming unexpected friendships with not only Fiona but a host of the city’s magical denizens, is just the woman to make that happen. Readers will love seeing how the story unfolds, and with just a few hints about Dolly’s past dropped along the way, they will certainly hope that Deeds returns to this character again. 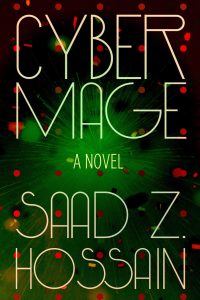 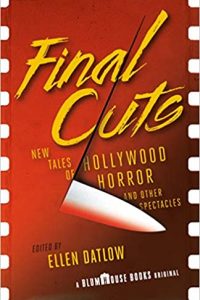