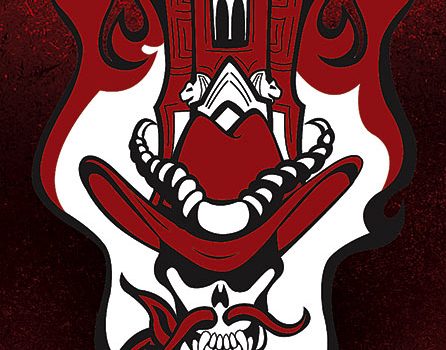 StokerCon, sponsored by the Horror Writers Association (HWA), was held May 12-15, 2022, on the virtual Hopin platform as well as in-person at the Curtis Hotel in Denver CO. Guests of honor were Linda D. Addison, Ernest Dickerson, Gemma Files, Brian Keene, John Edward Lawson, Jennifer McMahon, and Sheree Renée Thomas, with Kevin Wetmore as Stoker Awards emcee. Jo Fletcher, Nancy Holder, and Koji Suzuki received Lifetime Achievement Awards. Co-chair Brian Matthews said, ‘‘On the first day, a half day, mind you, we had 72% of our registered attendees check in. I think that’s a record. And when we met up, after three years apart, you could feel the energy. It reinvigorated the soul.’’

The Bram Stoker Awards were held Saturday May 14, 8:00 p.m. MDT. Addison was the keynote speaker, and spoke about community, that ‘‘this is what we’re here for;’’ and that while they write about fear, they do not live in fear. The banquet had 167 diners, and roughly 235 people attended the ceremony in-person; 220 viewers watched the livestream. Within a few days of posting, the video accrued over 1,500 views on YouTube. All recordings were made available to attendees as an ‘‘Extended Access’’ 3-day event after the conven­tion. For more information go to their website.

Other awards presented through the week­end included the Final Frame Short Film Compe­tition, whose grand prize winner was Inheritance, written and directed by Annalise Lockhart. Co-chair Jim Chambers said, ‘‘I’d describe this Stoker­Con as a unique event that brought us unprec­edented attendance with many first-time attendees and old friends coming together to break our long stretch of isolation. The heartbeat of horror is stron­ger than ever.’’

Next year’s StokerCon is planned for Pittsburgh, Pennsylvania in June 2023. Most details have not been finalized. Guests of honor include Danial Kraus and Cina Pelayo. For more information about StokerCon and the HWA see their site.