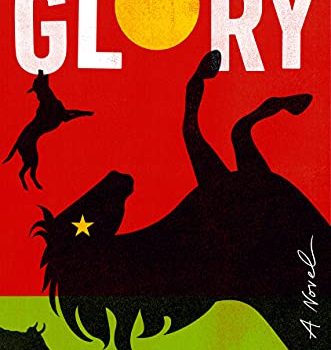 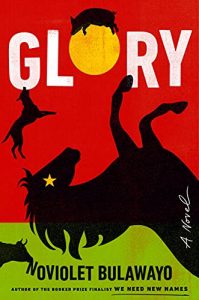 Autocrats and their cronies have several names in Glory – Father of the Nation, Old Horse, Dr. Sweet Mother – reverent praise for inept, corrupt officials of the fictional nation of Jidada. Directly inspired by George Orwell’s Animal Farm, Bulawayo’s novel be­gins with an earnest letter to readers, discussing the history behind the novel: Robert Mugabe’s downfall through a sanitized coup. Originating as a non-fiction story, she moved to an allegory and penned a tale that has become her ‘‘prayer for a world in which we are all free.’’

The reverence with which Bulawayo introduces her novel is a prelude to the magnificence of Glory. While rooted heavily in Zimbabwe’s his­tory, it offers an allegory for collective struggle in the face of powerlessness. Set in Jidada, a country not too dissimilar to Zimbabwe, we begin with a celebration of Jidada’s autocrat in a sweltering, oppressive rally. Going by the same name as the country, he is now known as ‘‘Old Horse,’’ though no one in his inner circle would dare speak to his declining mental capacities. In a satirical and borderline comedic scene, his old age is painfully apparent to the audience goers during a rally to celebrate his ongoing legacy. Despite the violence shown to protestors and attendees, and his in­ability to string so much as a sensical paragraph together, the applause continues. Beginning with a seemingly failed rebellion against a farce of a regime, it is only a matter of time before he is replaced by a formerly exiled horse and vice president Tuvius Delight Shasha (known as Tuvy for short) in a coup. Unfortunately, it seems that Tuvy has learned to rule the country in an equally inept and cowardly way.

Tuvy is weak, but the suspense picks up as he starts counting down from a moment of embar­rassment. After being ridiculed in front of a crowd, his loyalty to Jidada falters. Not soon after, Tuvy survives a violent attempt on his life. Breaking down in sobs, he declares to his closest confidants that he simply wants to live his life in peace ‘‘like everybody else.’’ This ignorance is shocking and humanizing at once; shocking for its ignorance towards the everyday plight of Jidada’s general populace, and humanizing because he, too, lives under the thumb of The Father and Mother of the Nation. Around this time in the story, readers are stuck in a false sense of security, knowing the rhythm and pace of Bulawayo’s politically rich analysis. However, it jarringly incorporates social media midway through, with tweets that are spot-on in language and tone, and point to Bulawayo’s adeptness at capturing protest through various words and mediums within the book.

Bulawayo’s storytelling is reminiscent of oral traditions as well. Her use of bolded, all-capi­talized fonts throughout each chapter is nearly a form of subtitling, an offer of clarity amidst Jida­da’s propaganda. I enjoyed these unexpected and clever tidbits. They were a nice stylistic choice, as was her collective form of writing. Told from an omniscient third-person perspective, there is a sense of communal trauma and hope for liberation. While waiting for election results, one group of animals watches a murder across the world, similar to the seemingly relentless wave of Black deaths in the US.

I also enjoyed the cast of characters. Sometimes just referred to as a cat, a goat or a duck, they’re more than just stand-ins for characters in a revolution. They’re bursting with life and energy while conveying the deep wounds Ji­dada has as a country. Family members reunite, street hustlers explain why counting money is more lucrative than engineering, and older generations ad­mire the bloom of flowers even amidst a terrifying election night.

In the immense noise and clamor of Tuvy’s vio­lent claim to power, Bulawayo’s ability to uplift the unsung heroes of the nation is spectacular to witness. The Sisters of the Disappeared directly protest the absurdity of the Father of the Nation’s claims, not too dissimilarly to women-led protests in Zimbabwe that often do not receive the cover­age they deserve. The reactions of the leaders are textbook propaganda: zealous Twitter accounts (or bots) and Comrades weaponize claims of femininity and morality against the protestors, rather than address their claims. It may seem absurd to some readers, until one recounts news coverage from the past few years across the globe.

The reaction of the general populace during the election serves as an example of some of Bu­lawayo’s best atmospheric writing; in a moment of contradictions – hope and fear, comfort and sacrifice – all come to a head in an electric set of pages that culminate in an orchestra of complex reactions, and a searing discussion between the newly ‘‘elected’’ leader Tuvy and Siri.

Glory reads like one long sigh, in the best way possible; it is cohesive and dynamic at once, de­manding attention and placing Jidada front and center. It is heartbreaking to see hope dwindle and ignite so quickly, but it is never extinguished. 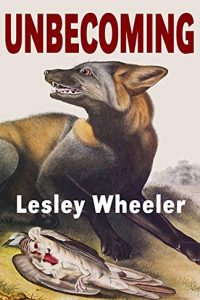 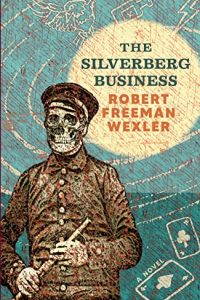