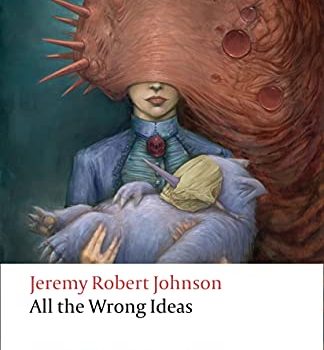 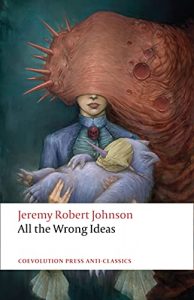 Picture this: one of your favorite bands – one you started listening to when they were doing rough demos in the drummer’s garage, kept listening to when they put out their first few records on an indie label, and ended up screaming their songs alongside thousands of fellow fans once they started filling sta­diums – puts out a record that mixes together greatest hits, B-sides, and underground classics. If you can imagine this, you have a good idea of what Jeremy Robert Johnson has done with All the Wrong Ideas.

Johnson, now known everywhere thanks to the one-two knockout of Entropy in Bloom, released in 2017 and his novel The Loop, released to critical acclaim in late 2020, is one of those authors whose careers are proof that sometimes an undeniable talent only requires to keep at it in order to reach larger audiences.

While there are more relatively new Johnson books – Skull Crack City and In the River, both rereleased in 2021, are standouts – All The Wrong Ideas is special. A mix of horror, bizarre, science fiction, strange vignettes, slipstream, and a handful of stories that refuse categorization, this collection brings together not only some of the best of John­son’s early work but also some of his weirdest and darkest. In fact, the author refers to some of these stories as the stuff that his ‘‘New York editors want to keep underground for a variety of sound reasons’’ in the introduction.

While I don’t doubt the reasons of those New York editors, I can confidently say All the Wrong Ideas is a bizarre, dark, unique, hyperviolent collection, and anyone whose curiosity is piqued by any of those things should read it. Johnson is dynamic voice that has done everything from bizarre to crime fiction, and this is a good book in terms of showing his range.

There are 19 stories in All the Wrong Ideas, which makes a story-by-story breakdown of the col­lection impossible. Also, while there are no throw­away stories here, some are a single page long and there are some clear standouts. The collection opens with ‘‘Amniotic Shock in the Last Sacred Place’’, a story about medical atrocities/experimentation that could easily be presented as the perfect introduction to Johnson’s work. ‘‘Precedents’’, which is told in reverse chronological order, is horror in its purest form, but not because of any element that is clearly fiction; this is a narrative about how easily things can go wrong for anyone, and that makes it an evergreen, surprisingly touching slice of mayhem. ‘‘Working at Home’’ is another standout because it brings together three recurring themes in Johnson’s oeuvre: body horror, parasites, and mutilation. The story follows a man who witnesses something horrible at work, and then realizes what he saw has followed him home, and that he needs to take extreme measures if he wishes to survive. Johnson has a knack for getting under readers’ skins with his descriptions, and this story shows that well:

He saw them then, hundreds of them, some kind of worm or parasite, snaking around just beneath the surface of her waxy skin. She was seething with them. It looked like every inch of her body was crawling across her frame, all of her flesh in motion, and then Frank heard the sound, the sick tearing sound, and realized they were eating her, her connective tissues.

The list of goes on. ‘‘Priapism’’, perhaps one of the most uncomfortable reads in the collection, is a very short tale made up of a father’s stern lecture to his son, and it ends with a punishment that will make your skin crawl. ‘‘Two Cages, One Moon’’, perhaps the only straightforward-ish crime story in the collection, is a brilliant, creepy take on Stock­holm syndrome. ‘‘Laws of Virulence’’ is another classic Johnson story about parasites, but the found footage/interview format makes it very effective and creepy. Lastly, the collection closes with ‘‘Extinc­tion Journals’’, which was published as a standalone novella back in 2006. The narrative follows Dean, possibly the last man on Earth, who has survived until the very end and is making his way through a post-nuclear America wearing a suit covered in cockroaches… and the suit seems to have a mind of its own. While this story is unique and wildly entertaining, the most important aspect of it is that it inspired an entire generations of writers to push the envelope in terms of the weird, myself included.

All The Wrong Ideas is full of drugs, violence, grief, sadness, odd ways of looking for love, mutila­tion, parasites, strangeness, and blood. More than a collection of stories, this is a testament to Johnson’s storytelling prowess that isn’t afraid to look back and show you stuff from his early days. It’s strange to say a book has a lot of heart when most of the themes it deals with are incredibly dark and bizarre, but it applies here. What we have in All the Wrong Ideas is a great author willing to show you bits and pieces of his entire career, even if some of them aren’t as great as the work that came in the almost two decades of progress and growth that came after some of the tales in the collection were originally published. Whether this is your introduction to Johnson’s work or you’ve been a fan for years, All the Wrong Ideas is not to be missed. 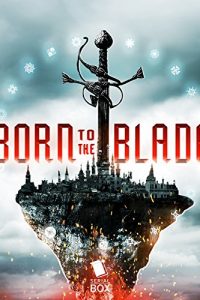