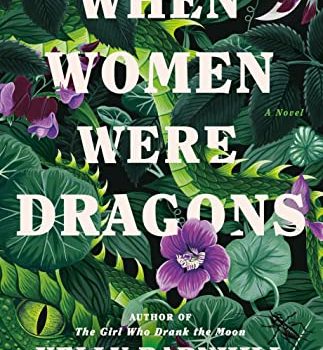 Indian fantasy novel, third and final in the Burnt Empire series. Krushni and her father, the Demonlord Jarsun, battle for the Burning Throne and the fate of the Krushan dynasty.

Barnhill, Kelly: When Women Were Dragons

Feminist fantasy novel set in a 1950s America where the Mass Dragoning of 1955 caused thousands of women to suddenly transform into dragons, spread destruction, and leave. The girl Alex Green has to deal with a world where notions of women’s place in the world are changing, but it’s forbidden to talk about.

Modern dark fantasy novel. Charlie Hall tries to go straight after her career of stealing from magicians for magicians, but past connections drag her into trouble. Black’s first adult novel.

SF novel. John Abbot takes a job on a remote planet to pay off school debt and feed his family, but he uncovers corruption greater than he expected, which might lead to interspecies war.

Historical Gothic haunted house horror novel set in Mexico after the War of Independence, following a young bride and a haunted house.

Middle-grade fantasy novel, the first in a series about a global magic school in the sky. Illustrated by Khadijah Khatib.

Middle-grade fantasy novel. Eight-year-old Duck, raised by street urchins, poses as a baker’s apprentice to steal — but soon begins to question her allegiances.

Estep, Jennifer: Tear Down the Throne

Fantasy novel, the second in the Gargoyle Queen trilogy, set in the world of the Crown of Shards series. Princess, spy, and mind magier Gemma Ripley works to stop an enemy from using magical tearstone weapons to conquer her kingdom.

Hunter, Faith: Of Claws and Fangs

Collection of 18 stories set in the world of Jane Yellowrock and Soulwood. Each includes a short introduction about its origins. 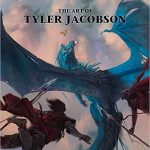 SF novel, the 24th in the Liaden universe.

Jethri Gobelyn, who inherited a trading mission from his father, has finally has become lead trader on his own small ship where he can try to accomplish it. But his meeting at the South Axis Fair turns into a tangle of politics, misinformation, confusion, and tested loyalties.

Weighing in at more than 600 pages and written entirely in free verse, I can understand that some readers will be a little intimidated by Patrick McCabe’s 13th novel, Poguemahone. I’m here to tell you that despite the comparisons to Ulysses and Ducks, Newburyport, despite the Gaelic salted through the text, despite it taking fifty pages to get my bearings, I gulped Poguemahone down in three days.

Fantasy novel, a companion to Middlegame. The king of winter and the queen of summer are dead, and the fight for their crowns begins.

Fantasy horror novel. Holly Darling, granddaughter of the famous Wendy Darling, tries to run her business, protect her children, and keep her secrets, until her ailing daughter is kidnapped by Peter Pan.

Post-apocalyptic SF novella, the first in the Shelter trilogy. Raiders threaten a sanctuary community, but Vasha decides to bargain with them for a new future.

Young-adult urban fantasy novel, the first in the Outlaw Saints series. Piano prodigy Mateo’s plans are disrupted when he witnesses a murder and gets drawn into the magic behind the sinking of his homeland, sixteen years ago.

Paranormal historical novel. A school is haunted by the ghost of a carpenter who died rebuilding it, and one teacher welcomes the company.

Young-adult fantasy adventure novel following Princess Merida from Brave, picking up a few years after the movie. Merida encounters supernatural beings and gets a quest that requires three voyages — and some thought on her part — to change her family and save the kingdom.

Fantasy novel. After being murdered, an atheist finds himself in a confusing afterlife, which starts to get very crowded as a pandemic sweeps the world.

SF novel. The child of poor Indian coconut farmers turns becomes a tech mogul who initiates a future where the world run is by corporations. His daughter, in a move to unify people toward saving the planet, begins to tell everyone her father’s story via direct neural access.

The ubiquity of their hardware and software leads to a situation where governments across the world, no longer able to deal with the fallout of climate change (referred to throughout the novel as “Hothouse Earth”), hand over the keys to a consortium of companies led by Coconut. On the surface, the “Shareholder Government” that emerges from this new arrangement, “under which the world’s citizen collectively owned its corporations”’ is designed to provide each person the opportunity to ‘‘build a life of happiness and success.’’ But with an algorithm determining the social worth of everyone, many fall through the cracks, becoming “Exes” driven to relocate to far-flung islands where Coconut has no sway. 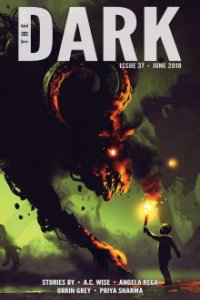 Let us go then, you and I: an introduction to speculative poetry