Houssin was born in Paris on August 29, 1953. His first genre novel, Locomotive Rictus, was published by Editions OPTA in 1975. Soon after, he joined the famous ‘‘Anticipation’’ imprint of Editions Fleuve Noir, where he published no fewer than ten novels between 1981 and 1983. One, Blue, became the basis for a series of graphic novels drawn by artist Philippe Gauckler. Two, City and Game Over, were adapted by Randy & Jean-Marc Lofficier into an unproduced motion picture script, currently published by Black Coat Press. Another, Les Vautours, won the Grand Prix de l’Imaginaire award in 1986, which he won again in 1992 for Le Temps du Twist. Houssin also won the Apollo award in 1990 for his novel, Argentine. Under the nom-de-plume of David Rome, Houssin created and wrote six volumes of the series SCUM, a post-cataclysmic saga, for Fleuve Noir in 1986-88.

Outside of science fiction, Houssin created The Doberman crime series (19 volumes) starting in 1981, which director Jan Kounen brought to the screen in 1997.

Starting in the 1990s, Houssin began writing for French television. His work included success­ful police series such as Les Boeuf-carottes and Commissaire Moulin. He created the genre series David Nolande (2006) and Eternelle (2009) and wrote the screenplays for the feature films Ma vie est un enfer and Dobermann 3. 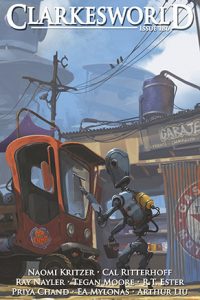