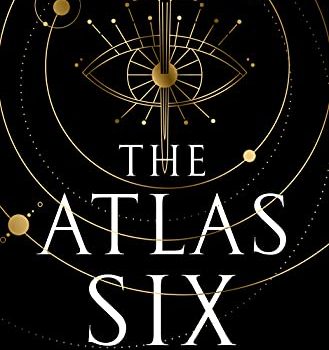 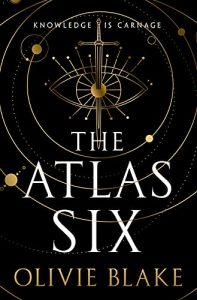 I am late to the Olivie Blake (AKA Alexene Farol Follmuth) party because I can’t com­mit to TikTok, which is where The Atlas Six first caught the imaginations of thousands of readers. This Tor edition is an expanded and revised edit of the version of the book that made the rounds back in the early days of our global lockdowns. Having not read the first iteration of this story of six magicians with enormous power who are picked to live in a library to find out what happens when people stop being polite and start getting real, I can’t elaborate on what has changed. I can confirm, however, that this Tor title is a high-drama escape whose pages want to be compulsively turned.

The short synopsis: The Library of Alexandria still exists. Every ten years, six magic users are chosen to become its scholars – but only five will be initiated into its ranks. The sixth person is made redundant and is killed by the lucky five.

If a potential for murder wasn’t gripping enough, there is a larger conspiracy afoot that caretaker Atlas Blakely appears to be a part of. Because of Blakely’s hidden agenda, this decade’s six have been drawn into machinations well beyond their ken, no matter how broad and talented their ken is. It’s hard to say who will emerge victorious, or if Blake succeeds in juggling all of the plots and sub-plots she’s set in motion. The Atlas Six is the first book in a planned trilogy. Yes, it does wrap up more than a few of the larger questions, but there are several cliffhangers whose resolution has only grown murkier by this title’s last page.