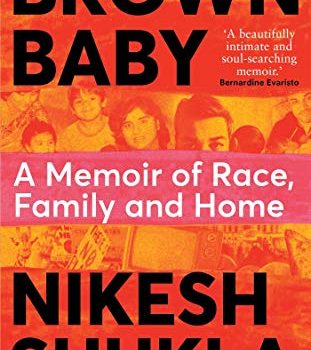 JOANNE HARRIS was re-elected as the chair of the Society of Authors board. She ran unop­posed for her second two-year term.

EDGAR RICE BURROUGHS has been awarded a star on the Palm Springs Walk of the Stars, which was founded in 1992 and runs through the commercial district of Palm Springs CA. Burroughs lived in Palm Springs from 1935-36.

MARY ROBINETTE KOWAL is the recipient of the 2022 Edward E. Smith Memorial Award for Imag­inative Fiction (AKA the Skylark Award), presented by the New England Science Fic­tion Association at Bos­kone 59, held February 18-20, 2022. (The Jack Gaughan Award for Best Emerging Artist was not presented this year.)

JAMES BRADLEY was presented with the Medal of the Order of Australia for services to literature in a ceremony held on February 14, 2022.

SHEREE RENÉE THOMAS is the 2022 Dal Coger Memorial Hall of Fame winner, presented by the Darrell Awards for “Outstanding or Extraordinary Midsouth Fiction for authors who have a body of work that appeared in prior years.” Thomas will be honored during MidSouthCon 38, March 25-27, 2022 at the Clarion Inn & Suites in Memphis TN.

ZADIE SMITH will receive the 2022 PEN/Audible America Literary Service Award on May 23, 2022 during a gala at the American Museum of Natural History in New York NY. The award is presented to authors “whose work embodies PEN America’s mission to oppose repression in any form and to cham­pion the best of humanity.”

CYNTHIA MILLER’s Honorif­ics (Nine Arches) and Brown Baby by NIKESH SHUKLA (Bluebird) are among finalists for the £1,000 Jhalak Prize, which seeks “to cel­ebrate books by British/British resi­dent BAME writers.” The shortlist will be announced April 19, 2022, and the winner on May 26.

JACK THORNE won the award for Outstanding Contribution to Writing, and ELI LEE’s A Strange and Brilliant Light (Jo Fletcher) won for Best First Novel, in the 29th Writers’ Guild Awards, an­nounced February 14, 2022 during a ceremony at the Royal College of Physicians in London.

DEAN KOONTZ sold The House at the End of the World and four more books to Gracie Doyle at Thomas & Mercer via Richard Pine and Kim Witherspoon of Inkwell Management. Jessica Tribble Wells will edit.

PREMEE MO­HAMED sold debut collection No One Will Come Back for Us to Michael Kelly at Undertow Publica­tions via Michael Curry of Donald Maass Literary Agency. She sold novellas We Spoke Through the Mountain and The First Thou­sand Trees, sequels to The Annual Migration of Clouds, to Jen Albert at ECW Press, also via Curry.

CHARLIE N . HOLMBERG sold The Hanging City to Adrienne Procaccini at 47North, and, in a separate two-book deal, also sold Wielder of Uncertain Magic and Boy of Chaotic Mak­ing, set in the world of Keeper of Enchanted Rooms to Procaccini, all via Marlene Stringer of Stringer Literary Agency. Two-Damage My Heart, second in the Nerds of Happy Valley series written as CN HOLMBERG, went to Tantor Me­dia via Christine Witthohn at Book Cents Literary Agency on behalf of Stringer.

SARAH ROSE ETTER sold Pomegranate, “a surreal tale of late-stage capitalism,” to Emily Polson at Scribner in a pre-empt via Kent Wolf of Neon Literary.

HEATHER WALTER sold Crimson Crown, “a Tudor-inspired retelling of the rise of Snow White’s Evil Queen,” and another title to Tricia Narwani at Del Rey via Laura Crockett of TriadaUS Liter­ary Agency.

PHILIP FRACASSI’s horror novel Boys in the Valley, resold from a 2021 Earthling limited edi­tion, and a second title went to Kris­tin Temple at Nightfire for six figures via Elizabeth Copps of Copps Liter­ary Services.

KEITH ROSSON sold literary horror Fever House and another book to Caitlin McKenna at Random House in a pre-empt via Chad Luibl of Janklow & Nesbit.

GILLIAN MCAL­LISTER’s time-loop crime novel Wrong Place, Wrong Time and a second book went to Lyssa Keusch at Wil­liam Morrow in a pre-empt via Zoe Sandler at ICM on behalf of Felicity Blunt and Lucy Morris at Curtis Brown UK. UK rights sold to Michael Joseph, and Sony/Colum­bia Pictures has optioned it for a feature film.

VERONICA CHAPA sold The Woman in the Obsid­ian Mirror to Michelle Herre­ra Mulligan at Atria via Mariah Stovall of Trellis Literary Manage­ment.

EVELYN SKYE sold first adult novel The Hundred Loves of Juliet and a second title to Anne Groell at Del Rey in a pre-empt via Thao Le of Sandra Dijkstra Literary Agency.

TALIA TAYLOR’s A Destiny of Crystals and Realms and a second book went to Lilly Brown at Night Shade Books.

LEE KELLY & JENNIFER THORNE sold All Will Be Re­vealed, “a feminist take on Indiana Jones,” and a second title to Kim­berly Carlton at Harper Muse at auction via Katelyn Detweiler of Jill Grinberg Literary Management.

LUCY BROWN’s The Night­woods and a second title sold to Kate Meltzer at Roaring Brook Press in a pre-empt via Natascha Morris of the Tobias Literary Agency.

HEATHER WEBBER sold Southern magical realism books At the Coffee Shop of Curiosities and A Certain Kind of Starlight to Kristin Sevick at Forge via Jessica Faust at BookEnds.

LOUISA HALL sold Reproduc­tion, “part autofiction, part reflec­tions on the life of Mary Shelley, and part contemporary retelling of Frankenstein,” to Gabriella Doob at Ecco in a pre-empt via Susanna Lea of Susanna Lea Associates on behalf of Kerry Glencorse of SLA London.

NAVID SINAKI sold Medu­sa of the Roses to Katie Rais­sian at Grove/Atlantic via Mariah Stovall of Trellis Literary Manage­ment.

L.M. SAGAS sold SF novel Cascade Failure and another book to Jen­nifer Gunnels at Tor in a pre-empt via Hannah Fergesen of kt literary.

SARAH HOLLOWELL sold horror novel What Stalks Among Us to Lily Kessinger at Clarion via Thao Le of Sandra Dijkstra Literary Agency.

BINA SHAH sold SF novel The Monsoon Wars, sequel to Before She Sleeps, to Joseph Ol­shan at Delphinium via Jessica Woolard of David Higham Associ­ates.

OWEN KING sold “Dickensian fantasy” The Curator to Nan Gra­ham at Scribner via Amy Williams of the Williams Company. Joe Monti will edit.

NICHELLE GIRALDES sold feminist horror novel Haunt Me Then and another title to Jenna Jankowski at Sourcebooks via Claire Friedman of Inkwell Management. Rachel Gilmer will edit.

S.T. GIBSON’s A Dowry of Blood – “a reimagining of Drac­ula’s brides” – and another book sold to Nadia Saward at Orbit UK and Angeline Rodriguez at Or­bit via Tara Gilbert of Jennifer De Chiara Literary Agency.

FIONA BAR­NETT sold The Dark Between the Trees to Michael Rowley at Solaris via Anne Perry of Ki Agency Ltd.

JORDAN KURELLA’s SF/F collection When I Was Lost sold to Christopher Payne at Trepidatio via Matthew Bel­ford of the Tobias Literary Agency. Scarlett Algee will edit.

ALI BRYAN sold The City and The Mainland, completing the tril­ogy started by The Hill, to Jenny Baumgartner at Dottir via Stacey Kondla of The Rights Factory.

MARTIN OTT sold SF novel Dream State to In Churl Yo at Cas­tle Bridge Media via Jackson Kee­ler of InkWorks and Seth Nagel of 5X Media.

A.M. TUOMALA sold fantasy The Map and the Territory, with illustrations by HEESEON WON, to Athena Andreadis at Candlemark & Gleam.

LAUREN CONNOLLY sold the last four books in the Casual Magic series to Yelena Casale at City Owl Press via Lesley Sabga of the Sey­mour Agency.

KATIE ZHAO’s YA fantasies Descendants of Dragons and Heirs of Power went to Tricia Lin at Ran­dom House Children’s at auction via Penny Moore of Aevitas Creative Management.

SARAH VAN NAME sold YA These Bodies Between Us to Han­nah Hill at Delacorte via Maria Bell of Sterling Lord Literistic.

KIKA HATZO­POULOU sold YA fantasy noir Threads That Bind and a sec­ond book to Gretchen Durning at Razorbill via Michaela What­nall of Dystel, God­erich & Bourret.

KATHERINE QUINN sold YA horror novel To Kill a Shadow and another title to Jen Bouvier at En­tangled Teen.

XAN VAN ROOYEN sold YA My Name Is Magic to Joshua Dean Perry at Tiny Ghost Press via Lind­say Leggett of The Rights Factory.

J.R. DAWSON’s debut The First Bright Thing and another title sold to Lindsey Hall at Tor in a pre-empt via Rena Rossner of Deborah Harris Agency.

LARA BUCKHEIT’s first book A Realm of Ash and Shadow went to MaryBeth Dalto-McCar­thy at Sword and Silk.

First novelist AKURE PHÉNIX sold The Empire Wars and two more books to Daniel Ehrenhaft at Black­stone Children’s for six figures in a pre-empt via Lynnette Novak of the Seymour Agency.

GEORGE R.R. MARTIN, ELIO GARCIA JR. & LINDA ANTONS­SON sold The Rise of the Dragon, “a companion to Martin’s Fire & Blood as well as the upcoming TV series House of the Dragon,” to Anne Groell at Bantam Dell and Kaitlin Ketchum at Ten Speed Press.

PHOEBE WAGNER sold novella We Survive When We Hold Each Other Up to Justine Norton-Kert­son at Android.

TOBIAS S. BUCKELL sold a revised edition of A Stranger in the Citadel, previously an Audible Origi­nal, to Jacob Weisman at Tachyon via Hannah Bowman of Liza Dawson As­sociates. Jaymee Goh will edit.

CLAIRE HEYWOOD’s The Shadow of Perseus, “a female-centered and historically grounded reinterpretation of the ancient myth,” resold to Lindsey Rose at Dutton via Rebecca Folland at Hodder & Stoughton.

MICHAEL LIVINGSTON resold Origins of The Wheel of Time: The Legends and Mythologies that Inspired Robert Jordan to Bella Pagan at Tor UK via Chris Scheina at Tor in the US.

BRIT HVIDE has been promoted to executive editor at Orbit, and TIANA COVEN to assistant editor

JOHN KESSEL’s stories “Hearts Do Not in Eyes Shine” and “Clean” were optioned for adaptation as TV series Clean by Anonymous Content via Vince Gerardis and Matt Kennedy.

Read more like this in the April 2022 issue of Locus.