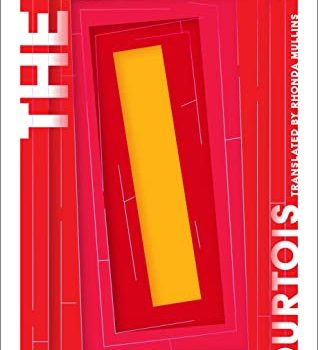 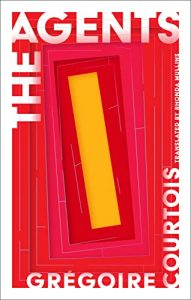 The Agents, initially published in France in 2019, is Grégoire Courtois’s second novel to be translated into English (by Rhonda Mullins). I reviewed Courtois’s first book, The Laws of the Skies, several years back: a nihilistic take on Lord of the Flies that sees a psychotic six-year-old slaughter his schoolmates and their chaperones on a camping trip. As I said in my review, for all the splatterpunk I’d ingested over the years, I’d never read a horror novel that cut me so profoundly; not just because of the gore, but how Courtois situates us in the minds of children who have no true conception of suffering or death. While Courtois brings that same level of bleakness and violence to The Agents, a dystopian workplace novel with a strong ‘‘Mad Max’’ vibe, it’s not with the same level of success as he did with The Law of the Skies.

The Agents takes place at some point in the distant future where humanity, due to economic and climate collapse, now live and die where they work. Designated as ‘‘agents,’’ they never leave the buildings or floors they occupy, instead working ‘‘in front of machines from another century that purr like pets’’ and only exiting their cubicles during designated break times. When they’re not staring at their computers or lining up for a cup of coffee, the agents discuss tactics with the other members of their guild (those not part of a guild never last long). Mainly told in second person (omniscient), Courtois introduces us to Solveig, Theodore, Laszlo, and Clara, who form one of the smaller guilds on the 122nd floor of Tower 35S. Using their smarts, they have avoided confrontation with the larger guilds. But when the company allows a guild to improve its power-base by pooling ‘‘the productivity potential of its members’’ provided they occupy adjacent cubicles, the intense fight for real-estate means that Solveig, Theodore, Laszlo, and Clara are going to have to do something radical if they are to survive another day in the office.

There’s something vaguely nostalgic reading a novel set so firmly in an office environment. It’s the same feeling you get when you see a person use a flip phone in a TV show circa 2006 – an acknowledgement of how significantly the world has changed. Having said that, the agents’ limited surroundings, and the fact they only go outside when jumping to their deaths, does feel very of the now. Not so much the jumping, but the restric­tions on our movement and the dread some of us continue to feel when we leave our house. Of course, Courtois had none of this in mind when he wrote The Agents. His novel is about how work, as defined by late-stage capitalism, has gradually become the sole purpose of our lives. As Courtois’ narrator opines: ‘‘You have to work, because our work is our dignity, the only thing that sets us apart from the savages the street swallowed up.’’ And this point resonates whether you’re working from home or in a shining tower in the city.

While I sympathise with Courtois’ argument – the recent talk of moving to a four day week has all the tangibility of a pipe-dream – The Agents doesn’t entirely succeed as a novel. I can’t ques­tion Courtois’s commitment to the world he’s created. The dispassionate second-person voice, the characters mostly communicating via chat, the daily reports from the company about building maintenance (and, rather cruelly, the exact time the sun will ‘‘shine’’ on an agents cubicle), are reflective of an office environment we all recog­nise. Even the pitch-battles between the guilds will relate to anyone who has had to deal with office politics. But unlike The Law of the Skies, where Courtois’ carefully, meticulously dials up the bleakness, in The Agents, it’s very much the same nihilistic note throughout the novel with very little gradation. This is exemplified by the main characters. From the outset, Solveig, Theo­dore, Laszlo, and Clara are differentiated by a single quirk: Solveig is entirely hairless, Clara is into body disfiguration, Lazslo films every aspect of his life, and Theodore’s actions are ruled by a calendar only he understands. However, they never grow beyond that defining characteristic. The injection of Hick around the halfway mark – a new employee who seems completely unaware of the danger he faces from the warring guilds – does add a measure of colour and tension, but not enough for me to be invested in the world or its inhabitants.

Overall, while I did enjoy aspects of The Agents, I feel it’s a story that would have ben­efited from a shorter length – or to use office parlance: it should have been a team meeting rather than an all-day workshop. 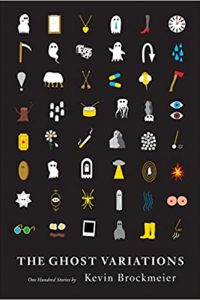 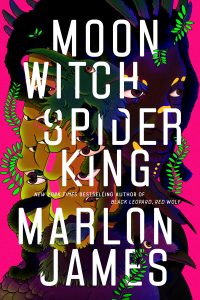 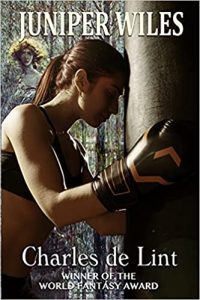