Author and artist Shirley Hughes, 94, died February 25, 2022. She was a prolific writer and illustrator of children’s books, with a career that spanned more than six decades. She wrote more 50 books for children, and illustrated over 200,

Hughes was born July 16, 1927 and grew up in West Kirby, Wirral, England. She attended Liverpool College of Art, then worked as a set builder and costume designer for Birmingham Rep.  She then decided to focus on her artwork, and attended Ruskin School of Drawing, Oxford. Early in her career, she illustrated the works of others, starting with The Bell Family by Noel Streafeild (1954). The first book she wrote and illustrated herself was Lucy and Tom’s Day (1960). Her breakthrough book Dogger appeared in 1977 to great acclaim, and she is also well known for her Alfie series, starting with Alfie Gets in First (1981). Her children’s story Angel on the Roof (2019) is fantasy, and her final book, Dogger’s Christmas, appeared in 2020. She was active in the Society of Authors and other organizations, where she fought for the rights of artists and authors.

Hughes won numerous prizes, including two Kate Greenaway Medals and the Eleanor Farjeon award for services to children’s literature (1984). She received the inaugural BookTrust lifetime achievement award in 2015, was appointed OBE in 1999, and CBE in 2017. She was predeceased by husband John Vulliamy in 2007 (married 1952), and is survived by their three children. 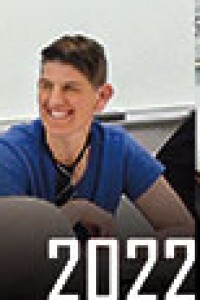