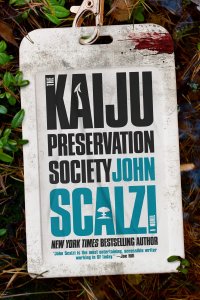 As you might suspect from the title alone, this novel is not one of John Scalzi’s more sober-sided, tragic, or grim-scenario’d offerings. In fact, it is an inventive, light-hearted, sprightly romp, replete with a low-key sensawunda vibe, that slyly makes, along the way, a few sharp points about ethics, friendship, capitalism, pure scientific research, and humanity’s duty to other species. It’s guaranteed to go down smooth and leave you grinning and happier than when you opened its covers. No small accomplishment, especially in these dire times.

As Scalzi explains in a chatty and authentically revelatory “Author’s Note” at the end of the book, he was working on a “dark, heavy, complex, and broodingly ambitious” novel all during the early stages of the pandemic, but that project, for various reasons, became burdensome and untenable. Putting it reluctantly aside, with no small consequences to his publisher’s lineup, he found himself suddenly and spontaneously inspired to write this book, a task he completed in a burst of two months in 2021. (The zippy readability thereby attained reminds me of another novel that was famously composed quickly: Heinlein’s The Door into Summer. Although the more salient comparison, for other reasons, is to different RAH book, and I’ll name it later.)

We start practically in consensus historical realtime (making this novel an early milestone in the “novels about Covid” genre). At the very start of the pandemic, our hero, Jamie Gray, loses a tenuous suck-up job at a sleazy startup (thanks to the heartlessness of boss Rob Sanders, slated, rather surprisingly, to be our villain throughout). Then a chance run-in with an old pal leads to Jamie being hired by a mysterious organization, KPS. The job is to be a general dogsbody (“I lift things” is the ironic and self-deprecatory refrain), but Jamie doesn’t care how menial the position is. Jamie grabs at this lifeline without even asking what the new employers do. At the airport (the new team is heading for Greenland), Jamie meets three other newbies, and the quartet forms an instant bond. Aparna, Kahurangi, and Niamh, Jamie’s new pals, are scientists, and their skills will soon be put to heavy use. Because when they all arrive in Greenland, they pass through a secret portal to a parallel Earth, where the mission of the KPS—the Kaiju Preservation Society—becomes apparent: to monitor, study and protect the weird bestial inhabitants of this continuum, gigantic monsters who inadvertently inspired the fable of Godzilla—hence their Japanese-cinema-derived designation.

Now, this is as much detail as I feel I should disclose. In general terms, I can say that during the course of the new job duties, Jamie finds within the makings of a real hero, while never attaining any false air of nobility, pomposity, or smugness. Along this developmental journey, Scalzi builds up a convincing portrait of the evolution, biology, and ecology of his planet and its beasties. He depicts the dynamics of the base and its researchers with an easy verisimilitude. He makes lots of pretty good jokes (the lighthearted, jazzy interplay among the four friends could provide scripts for Seinfeld or Friends) via screwball dialogue. The detailed scientific researches recall the subgenre of explorers set down on a weird alien planet (think Allen Steele’s Coyote series). And he delivers sufficient suspense and excitement—including a slambang finish, a race against the clock to foil bad guys and prevent vast destruction—to satisfy the thrillseekers among his audience. (About the only thing missing is romance. I really did expect and want some kind of affairs of hearts and bodies among the crew, but not a trace was provided.) Lastly, there’s a great zinger in the coda that brings everything emotionally full circle.

This novel, like those of Ernest Cline, is what I have come to think of as “self-aware science fiction.” That would be science fiction where everyone in the book is steeped in the actual literature and acknowledges the existence of past classics. Jamie’s stymied doctorate was about science fiction, and other characters make references galore to Jurassic Park, The Terminator, etc. This mode is slightly different from the “recursive science fiction” of yore, in which SF often informed the actual subject matter of the texts. Nowadays it’s more about conveying a pop-culture sensibility. Too much of this can, I think, throw the reader out of the dream, reminding them of the fictiveness of it all. But on balance, Scalzi handles it well.

The kaiju all feature giant dangerous parasites in a nod to Brian Aldiss’s classic tale “Poor Little Warrior”. But if I had to come up with two classics that peer down from the heavens to bless this book, I’d cite Heinlein’s Tunnel in the Sky and Harrison’s Deathworld series. The transit of innocents to a life-or-death planet. Those predecessors offered lessons in making strange worlds vivid and impactful. “It’s unreal how real this world is,” writes Jaime at one point, and I think the reader will easily agree. 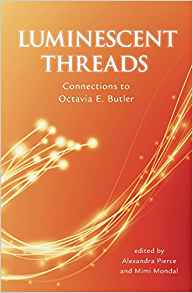 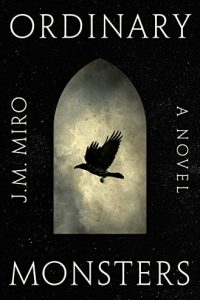