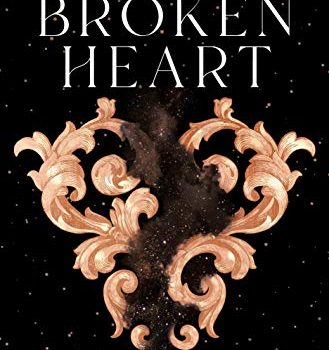 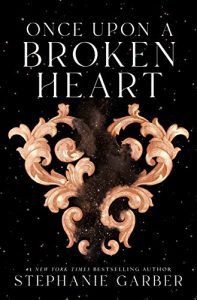 “For anyone who has ever made a bad decision because of a broken heart.” Once Upon a Broken Heart’s dedi­cation is an excellent foreshadowing of the events to come. Evangeline Fox is a young, orphaned girl in the Meridian Empire. After her father’s passing and her stepmother’s cruelty, all she has left is her father’s oddity shop, and the love of her life, Luc Navarro. After he unexpectedly becomes engaged to her stepsister, Marisol, Evangeline invokes the help of Jacks, otherwise known as the Prince of Broken Hearts, to stop the marriage and save the love of her life. But no deal with a Fate comes without an unexpected and cruel cost. Now indebted to Jacks, Evangeline is swept into his world full of romance and deceit.

Most of this YA fantasy novel is based on the lore of the Fates. These 16 vengeful and immor­tal beings once divided and ruled over parts the world. Now only spoken of in gossip columns, tarot cards, and in empty churches, they are jealous and possessive creatures that only the desperate pray to and seek out.

Desperate is a description Evangeline fits perfectly. She also cannot help but break every rule as it relates to the Fates. Namely: Never fall in love with a Fate.

After her agreement with Jacks goes (un)expectedly wrong, Evangeline’s fortune takes her to the Nocte Neverending, a ball for crown Prince Apollo of the North to find a wife before ascending to the throne. Here, in her mother’s former home, Evangeline once again encounters Jacks, who is eager to use her in his mysterious plans.

Evangeline is quite naïve, but good-hearted and altruistic. She would easily sacrifice herself and her happiness for a chance to preserve some­one else’s happiness after her initial mistakes with the Fates. While she does have a seeming overabundance of good qualities, which runs the risk of making her a boring character, she did withhold powerful truths from many of her loved ones and hurt many people. I would have loved to see somewhat more of a balance between the beautiful and altruistic Evangeline, and the much more enticing Evangeline that lies and becomes incredibly selfish when it comes to pursuing love and marriage.

Though Evangeline is quite a basic YA fantasy character (white, pretty, and special) Stephanie Garber treats Evangeline’s basicness and inept­ness with grace. Although she clearly makes poor decisions, they’re not atypical of a girl her age caught up in infatuation and a boy who cares little for her wellbeing. There’s something empowering about seeing Evangeline forget about a boy that never loved her, and the kind interactions she has with other girls in the sto­ries that boost her self-esteem. The dark secret she carries impacts her relationship with her stepsister, Marisol, in a nerve-wracking way that’s exciting to read about. Ulti­mately, the story circles around themes of unhealthy relationships and infatu­ation over love, tough topics for even an older young adult audience. Garber handles these themes well, and sends a clear message about what is healthy in a relationship without being overbearing or too obvious.

Unsurprisingly, as determined as Evangeline is to evade the grasp of the Fates, she can’t help but be attracted to the cold attractive demeanor of Jacks, and seek him out to understand his morbid plans for her.

From the first page, it’s very clear that Garber has a uniquely whimsical and deeply descriptive way of worldbuilding. It’s very ethereal, populated with vanishing church doors, oddity shops, and tarot cards (otherwise known as Decks of Destiny) as common features of life in the Temple District of the Meridian Empire. In the Magnificent North, there are even cursed stories and information that cannot be finished, and bell shops that warn of dangerous boys. I expect that the worldbuilding will become increasingly detailed as the series progresses, but was quite happy with the small amounts of lore that were spoon fed throughout the novel. The ball scene of the Nocte Neverending is just as magical as one might expect, with dances oc­curring in forest clearings and trees with leaves made of pure gold, and ball gowns of all shapes and sizes waltzing across chess boards. Like the magic of the Magnificent North, drama and ro­mance permeates each page; someone is always brewing up a love potion, accusing someone of using a love potion, or being seduced by Fates and/or vampires. One never knows what comes next, only that Evangeline can’t hope to imagine what Jacks has in store for her. It was interesting to think of these powerful creatures as being trapped inside a deck of cards; LaLa was one of the more interesting side characters, not just for her true meaning, but for the foil she provides to Evangeline’s dependence on love and acceptance in romantic relationships. She’s independent, and though her entire character is based upon heartbreak, refuses to let that define her life.

Dotted between Evangeline’s encounters with the Fates are scenes from gossip columns and magazines, or scandal sheets, which help push along the plot in a new and exciting way without bogging it down with extraneous side characters. While this easily could have become gimmicky, it was quite fun and connected with Evangeline’s interests in knick-knacks and paper clippings for her deceased father’s various shops.

I had some trouble placing the time period the world was based on – it has flying sky carriages and 19th-century-era shops, but the architecture seems to be related to an earlier time period – which made it difficult to anticipate what kind of danger Evangeline might encounter next, this only increased my curiosity about what was to come next.

However, what is memorable about Once Upon a Broken Heart is not just its fantastical adventures and amusing characters, but its com­mitment to hopeless romanticism. 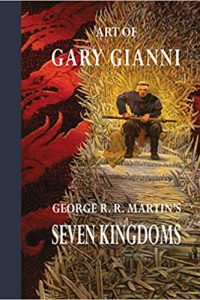 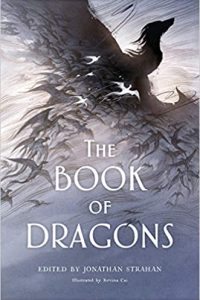