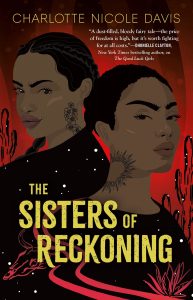 Charlotte Nicole Davis’s The Good Luck girls was a blazing spin on the classic western that appeared in 2019, and sequel The Sisters of Reckoning is more of the same strong storytell­ing. With the world firmly established in the first book and nearly all of the characters introduced there, this is a true sequel and must be viewed as such. Davis’s fans will be thrilled with how strongly she brings the two-book story home, and new readers must embark on the first novel immediately – they are going to find something here that stands way out from the Young Adult literary crowd.

The Sisters of Reckoning is intense from the first pages and rarely slows down. Main character Aster has remained in Arketta, working for what is essentially an underground railroad, while her sister and friends have moved across the border to Ferron, where they can live freely. As an escaped ‘‘good luck girl,’’ Aster is determined to upend the system of abuse and discrimination in Arketta and the surrounding region. Rising up against the controlling landowners is nearly impossible, how­ever, and she must make herself happy by helping the few girls she can. (The rescue pace moves so slowly that she is beside herself with frustration.) Fortunately, an opportunity presents itself to strike a blow for not only her fellow good luck girls, but for everyone who struggles under the weight of the endless debt slavery that impedes the advance­ments of ‘‘dustbloods.’’ Aster takes her chance, and in the fallout things get much worse until she and her friends and a coalition of allies can come together to change their world.

Davis’s world-building is key to the success of her two novels. She not only offers up some clas­sic western tropes, but completely upends them by revealing the appalling truth behind that often rose-colored mythology. Her portrayal of bordel­los is searing and becomes even more visceral in The Sisters of Reckoning. Aster’s fight to save the girls, and to make everyone acknowledge the horrors at work behind the glittering facade of the ‘‘welcome houses,’’ is intense and infuriating. The action-filled plot is certainly fun to read, but it is Davis’s hard work at showing why so much of that action must be taken that elevates both of her books far above casual reading.

Finally, while Aster is a complex and com­pelling primary protagonist, the characters all become deeper in The Sisters of Reckoning. The relationships (friends and lovers) are more fervent, and the connections between all of them become more interesting. Trust has been at the group’s core since the beginning, in The Good Luck Girls, and it becomes more significant in the sequel. Davis balances the emotional core of her novels with a breakneck plot that is designed to sweep readers off their feet. I’d love to see these books on the screen someday; the characters are made to inspire on every single level. 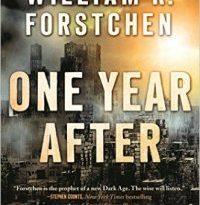 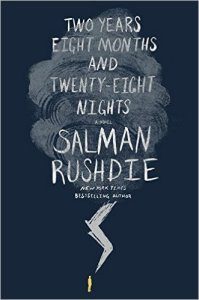