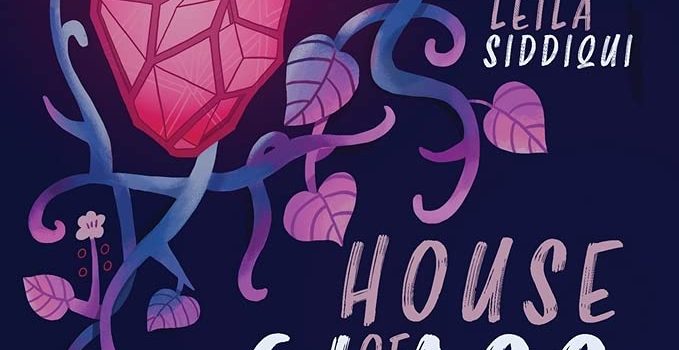 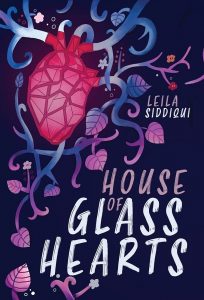 It has been a decade since Meara’s older brother, Asad, disappeared from their maternal grand­father’s house in Karachi during the family’s summer-long visit. And the years since have been difficult for Meara and her mother, Ammi. They’ve simultaneously buried their pain of losing Asad, but, by never discussing him or the incident, never healed the wound of his absence.

Leila Siddiqui’s House of Glass Hearts opens with Meara playing the part of a typical high school senior. She lives outside Washington DC, has sleepovers with her best friend, Sarah, and bickers with Ammi over chores. But the veneer cracks on the summer day that Naana, her grand­father, dies. The day Naana passes, Meara awak­ens to find that her grandfather’s greenhouse – a creepy, elaborate glass-and-metal structure from which all other family members were forbidden to enter – has materialized in her backyard, just as it had been in Pakistan – and something, someone is calling to her from inside.

Moreover, Meara finds a worn leather diary, one that belonged to her Naana when he was young, under her pillow.

Even more disturbing than the greenhouse and diary’s appearances is the fact that none of the adults – neither her mother nor her Aunt Aisha Khala, who has come to visit from Pakistan to help settle their father’s affairs – find the sudden arrival of the building or diary strange. In fact, nei­ther woman seems to notice the greenhouse at all, and when the diary keeps reappearing in Meara’s room, the two brush off its insistent uncanniness.

Only the other teenagers, Sara, Asad’s child­hood best friend Rob, and Meara’s cousin Jimmy, find these manifestations alarming. When the four teenagers share that they have each been having, starting the day of Meara’s grandfather’s death, clear dreams and visions of Asad, they become convinced the key to what happened to Asad lies in the contents of the diary and the greenhouse.

They also soon realize that in order to solve the mystery of what happened ten years earlier they must delve deeper into the past, and understand what befell her Naana as a young Muslim man, growing up in India during World War II and the 1947 Partition of India and Pakistan – and how this has – literally – haunted Meara’s family since.

Meara and her friends piece together how the horrors of war and colonization have taken on a supernatural shape, and they learn a ugly secret: that just because the dead get buried, it doesn’t mean they rest. The churail, the shapeshifting, avenging female spirit of the greenhouse, hasn’t rested for years – and she has no plans to settle down until some things are, finally, set right.

Though the characters themselves read much younger than they are, especially in dialogue, and scenes set in the present can meander with­out providing much new information, House of Glass Hearts masterfully portrays the transmis­sion of generational trauma. Fusing accounts of historical events (especially ones rarely learned about, at least in the US and Europe) with South Asian folklore, Leila Siddiqui has created an in­teresting, educational, and effective metaphor for how fear, shame, and pain evolve, from concrete issues for the generation who experienced them, to abstract shadows that filter down to the children. These shadows come through cracks in the walls the older generation erect in hopes of shielding the younger generation from the horrors they know, but shadows, the unseen, the unknown, are often more terrifying than truth.

The past shapes the present. The greenhouse, the diary, the churail, are real – but time and secrecy present them as abstract, filtered shadows. They exist because of the grief Meara’s grandfather and mother experienced but tried to suppress. Naana, as a young man, lost the love of his life. Shah Jehan, to brutal violence during the Partition – but was unable to let go of her. Ammi lost both her husband – a man she ran away from home to marry, against her father’s wishes – ad her son, and while Meara describes her mother’s eyes as “read with tears, but [that] they’d been like that for years now,” Ammi has let herself neither griever their loss nor move on. All the unspoken pain has fed the ominous greenhouse, which pulsates, breaths, and eventually starts to invade the rest of the yard (ad the neighborhood) with the sinister intelligence of Jeff VanderMeer’s Area X.

In the end, like proper YA heroes, the teens prevail. They piece together the mystery of the churail and find Asad, though he is not returned to them permanently. While it doesn’t seme like Meara herself is changed by the end of the book, the rest of the family and friends are forced to find closure for, at least, some of their grief. In this way, things are made right. The dead are given their peace, and the living find hope for the future – and we are left feeling like Meara’s changes will follow soon after.