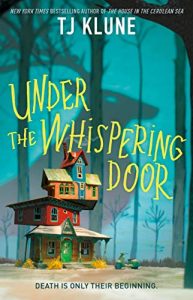 Wallace is essentially a parody of the cold-hearted, self-involved, workaholic lawyer, a Scrooge of our modern age. After he’s felled by a heart attack, he finds himself at his own funeral, shocked both that he is so little mourned and that no one can see or hear him… that is, except for Mei, his reaper. She conveys him to a tea shop run by Hugo, the ferryman who will conduct Wallace’s ghost through the titular door into the beyond, once Wallace consents to go. But as the weeks pass and Wallace settles into a comfortable afterlife with Hugo, Mei, and the ghosts of Hugo’s grandfather and beloved dog, he realizes how he has wasted his life and that he’s beginning to fall for Hugo. Wallace really has no desire to move on, but after a visit from Hugo and Mei’s boss, the Manager, he learns he won’t have any choice in the matter.

Narrator Kirt Groves provides an excellently distinct cast of voices; I particularly liked his characterization of Hugo’s dead grandfather Nelson, who is clearly getting a huge kick out of Wallace’s stumbles as he learns the ghostly ropes. His depiction of warm, wise, but occasionally un­certain Hugo was also convincing and charming, and he had a good handle on the women’s voices, too (it’s not easy to voice the opposite gender, as I’ve noted many times).

What might be an absurdly sentimental work in other hands is really quite a lovely little fable and a sweet romance. There was an obvious, more melancholic direction that Klune could have taken the story, and I was definitely interested in knowing how that would have played out. But it’s unfair to judge a book on the way I feel a story should go, and I was left satisfied and smiling with Klune’s choice. 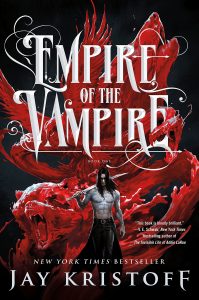 Gabriel de León is the last of the silversaints, a half-human, half-vampire (which the novel calls a ‘‘paleblood,’’ but I’ve always preferred ‘‘dham­pir/dhampire’’ myself) who in his youth was an impetuous hero dedicated to hunting down the vampires invading his homeland, and in later life a world-weary, curse-spouting man pursuing a very personal quest of vengeance against a power­ful family of noble vampires. Now, he has been captured by his foe and forced to recount his life story to a vampire historian, from his early days in a humble village to his discovery of his darker nature, his brutal induction into an ascetic order of paleblood monks sworn to slay the vampires, and, eventually, a quest for the Holy Grail, a mys­terious holy item which proves to be something quite other than a cup that might hold the key to defeating the vampires forever.

I’ve always adored angsty stories of half-vampire vampire hunters. There’s a touch of Blade here as well as a strong dose of Vampire Hunter D (the anime films and series of novels). I am particularly reminded of Vampire Hunter D: Bloodlust, the film in which the gorgeous and moody half-vampire D is accompanied by a wisecracking parasite dwelling in his left hand. Similarly, the far more cynical and hard-bitten Gabriel has his own mystical companion: a broken sword, enchanted and half-mad, who croons to him in a stutter. Narrator Damian Lynch’s depiction of the sword is especially creepy and compelling. Lynch has a great sense of dialogue and pitch overall, and keeps this dramatic tale moving.

Unfortunately, the audiobook bruises the integrity of the novel in two ways, one small, one somewhat larger. The small issue is the fault of the narrator. The fantasy empire where the story takes place uses a language parallel to French, and various bits of French vocabulary dot the tale. Lynch has a reason­ably creditable accent, but he clearly does not know the language. At the very least, he ought to have taken five minutes to look up the French pronunciation of Gabriel, the name of the main character. Instead of pronouncing the name in the French way, as ‘‘Gah-bri-EL,’’ he says, ‘‘GAY-bri-el’’ in the English way. I suppose it doesn’t help that the author uses the nickname ‘‘Gabe’’ for the character, which I’m reasonably certain is not a French practice.

I don’t think that the author had an audiobook in mind when he wrote the novel, which is why he probably never took the second issue into account. Gabriel is supposedly telling the story out loud over the course of a single night. The vampires have performed a magic which has darkened the sun, but even so, there’s still a distinction between day and night, and there’s no suggestion that the day isn’t 24 hours long. However, the audiobook is 27 hours long; given that there are some breaks in the narrative, it clearly takes Gabriel more than an entire day, rather than merely a night, to speak his account. This is something one might not notice in reading the book, but is unfortunately obvious when listening.

Despite these flaws, the author fully captured me with this story, and I must know what happens next. 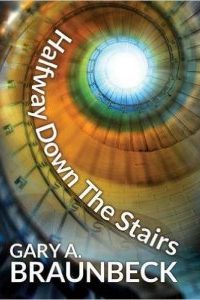 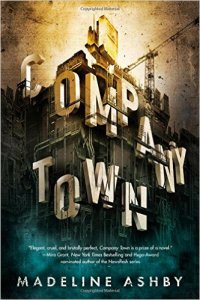