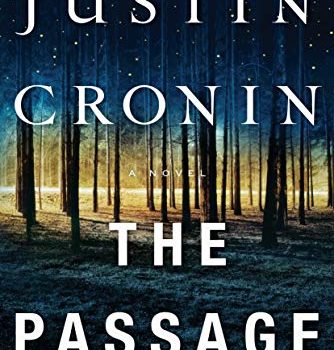 JOHN VARLEY, 74, was hospi­talized last year with COVID, pneu­monia, and congestive heart failure, and received a diagnosis of chronic obstructive pulmonary disease. He is home now, and expects to soon “be back at work on my next novel, a re-write and near total alteration of the horrible second draft of my first unpublished novel, Gas Giant.” Read his account here.

SANDRA NEWMAN sold Julia to Peter Hubbard at Mariner via Vic­toria Hobbs of A.M. Heath; Nicole Angeloro will edit. The novel is a feminist version of GEORGE OR­WELL’s Nineteen Eighty-Four, told from the perspective of protago­nist Winston Smith’s lover Julia, and is authorized by the Orwell Estate.

OLESYA SALNIKOVA GILM­ORE sold historical fantasy The Witch and the Tsar and a second book to Jessica Wade at Berkley at auction via Jennifer Weltz of Jean V. Naggar Literary Agency.

MAURA CHEEKS sold For­giveness, a fictional expansion of her article “American Wealth Is Broken” (Atlantic, 2019), set in a future where the US govern­ment makes reparation payments to the descendants of enslaved people, to Chelcee Johns at Bal­lantine at auction via Stephanie Delman of Trellis Literary Man­agement.

BRANDON HOBSON sold literary fantasy The Devil Is a Southpaw and a story collection to Sara Birmingham at Ecco via Bill Clegg of the Clegg Agency.

French fantasy writer VICTOR DIXEN sold The Court of Shad­ows and The Court of Miracles, the first two in the Vampyria Saga, translated by FRANCOISE BUI, to Gabriella Page-Fort at Amazon Crossing in a pre-empt via Benita Edzard of Editions Robert Laffont.

HILARY LEICHTER sold literary fantasies Terrace Story (about a terrace that appears inside a closet) and The Quarter Century Songbook (about a restaurant that appears for one night every 25 years) to Gabriella Doob at Ecco at auc­tion via Monika Woods at Triangle House Literary.

DANIEL KRAUS’s “fictional­ized true crime story” The Ghost That Ate Us: The Tragic True Story of the Burger City Polter­geist, about an author investigating murders and hauntings, sold to Jen­nifer Barnes at Raw Dog Screaming Press, via Richard Abate of 3 Arts Entertainment.

ALISON WISDOM sold The Burning Season – “a Texan Mid­sommar by way of Ottessa Mosh­fegh” – to Emily Griffin at Harper Perennial via Stephanie Delman of Trellis Literary Management (when still an agent at Sanford J. Green­burger Associates).

VINAYA BHAGAT’s horror novel The Girl in the Mist sold to Chantelle Aimee Osman at Agora via Mita Kapur of Siyahi.

TRICIA LEVENSELLER sold YA fantasy Vengeance of the Pirate Queen, a “companion novel” to the Daughter of the Pirate King series, to Holly West at Feiwel and Friends via Rachel Brooks of BookEnds.

JULIE KAGAWA sold the YA fantasy Fateless trilogy to Stephanie Cohen at Inkyard Press via Laurie McLean of Fuse Literary.

ADRIENNE TOOLEY’s YA fantasy duology The Third Daugh­ter and The Second Son sold to Jes­sica Anderson at Christy Ottaviano Books at auction via Jim McCar­thy of Dystel, Goderich & Bourret.

SCOTT REINTGEN’s YA fan­tasy A Door in the Dark went to Kate Prosswimmer at Margaret K. McElderry Books via Kristin Nelson of Nelson Literary Agency.

CIRCE MOSKOWITZ will edit No Harm Done, an anthology of Black horror with stories by Kalynn Bayron, Liselle Sambury, and Joelle Wellington, among others, for Alicia Sparrow at Chicago Review Press via Natascha Morris of The Tobias Literary Agency.

DENISE CRITTENDON sold debut Afrofuturist novel Where It Rains in Colour to Gemme Gref­field at Angry Robot. This is the company’s first acquisition through its “Black Voices Matter” open submission period for Black authors without literary representation. Crit­tendon is now represented by Nikki Terpilowski of Holloway Literary.

EM X. LIU sold debut novel The Death I Gave Him, “a queer sci-fi retelling of Hamlet,” to David Moore at Solaris via Penelope Burns of the Gelfman Schneider Literary Agency.

SAM REBELEIN’s first nov­el Edenville and collection The Poorly Made and Other Things sold to Vedika Khanna at William Morrow via Claire Harris of P.S. Literary Agency.

New writer AMANDA GLAZE sold historical supernatural YA The Second Death of Edie and Violet Bond to Laura Schreiber at Sterling Children’s in a pre-empt via Sara Crowe of Pippin Properties.

JOHN WYNDHAM’s estate resold ten of the late author’s nov­els, including The Day of the Triffids, The Midwich Cuckoos, and The Kraken Wakes, to Mika Kasuga at the Modern Library via Lesley Pollinger of Paper Lion, Ltd. The books will feature new introductions by authors including Jeff VanderMeer and Kelly Link.

JUSTIN CRONIN resold The Passage, The Twelve, and The City of Mirrors to Paul Stark at Orion in the UK via Marianna Sharp of Trident Media Group on behalf of Ellen Levine.

MIKE ASHLEY delivered The Rise of the Cyberzines, the fifth and final volume in his History of the SF Magazine for Liverpool University Press.

KATIE ESPINER is being pro­moted from managing editor of Orion to CEO of Hodder & Stough­ton and Orion, effective January 1, 2022. She will replace CEO JAMIE HODDER-WILLIAMS, who is leaving in the spring after more than 20 years at the company. ANNA VALENTINE will take over as managing director of at Orion.

PREMEE MOHAMED is join­ing Escape Pod as an assistant editor.

C.L. CLARK has resigned as editor for the Science Fiction and Fantasy Writers of America blog, effective November 30, 2021. Clark held the role for just over a year.

DEAN KOONTZ’s dozen Name­less thriller stories will be adapted as a TV series by SK Global with Paula Mazur and Mitchell Kaplan of the Mazur Kaplan Company. Actor Henry Golding will star, and also produce via his Long House Productions.

Locus reviewer GABINO IGLE­SIAS’s upcoming novel The Devil Takes You Home is set to become a feature film, directed and adapted by Alejandro Brugués, via Hotch­kiss Daily and Associates on behalf of Melissa Danaczko of Stuart Krichevsky Literary Agency.

TV rights to OLIVIE BLAKE (AKA ALEXENE FAROL FOLLMUTH)’s The Atlas Six and its two sequels were optioned by Amazon Studios with Brightstar to produce via Alex Creasia of Sugar23 and Uwe Stender & Amelia Appel of TriadaUS Literary Agency. 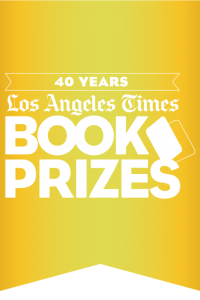