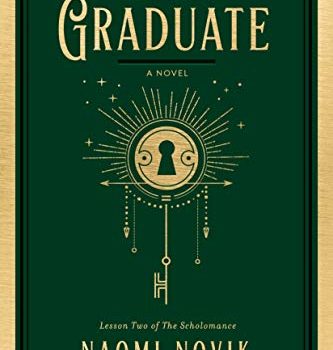 The Last Graduate by Naomi Novik, the second book in the Scholomance series, climbed to the top of the hardcover list with a decisive win over our second place finisher, TJ Klune’s Under the Whispering Door. Light from Uncommon Stars by Ryka Aoki (Tor) was our new runner-up. We had 46 nominated titles, up from 45 last month.

There were no new runners-up. Fifty-nine titles were nominated, up from last month’s 55.

Dune also claimed the top of the trade paperback list, with a slight lead over A Deadly Education by Naomi Novik, the first book in her Scholomance series. Our new runner-up was Alastair Reynolds’s Inhibitor Phase (Orbit US), the latest book set in his Revelation Space universe. There were 59 nominated titles, up from last month’s 55.

On the media and gaming-related list, Star Wars Visions: Ronin by Emma Mieko Candon took first place over both Star Trek: Coda: The Ashes of Tomorrow by James Swallow and Star Wars: The High Republic: Light of the Jedi by Charles Soule, which tied for second. There were no new runners-up. We had 16 nominated titles, down from 20 last month.

This report and more like it in the January 2022 issue of Locus. 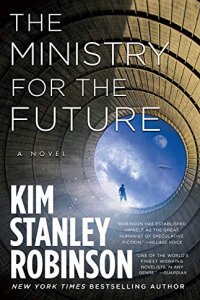 Lesley Nneka Arimah was born October 13, 1983, in London and grew up in Nigeria, Europe, and the US – wherever her father was stationed for work. She attended Florida State University as an undergrad and got her MFA at Minnesota State University, graduating in 2010. Arimah’s short fiction has appeared in in Granta, Harper’s, McSwee­ney’s, The New Yorker, A People’s Future of the United States (2019), and several other