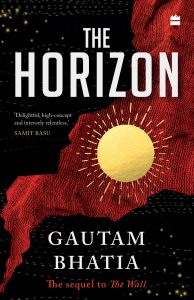 It’s always tricky to review the second volume of a duology without loading it with spoilers for readers who may not have read the first volume, or who might quite reasonably have decided to wait until the complete work was available (authors have been known to leave you hanging, after all, sometimes in ways that make you want to hang them). Gautam Bhatia’s The Wall (reviewed here in January) was The First Book of the Chronicles of Sumer, describing a rigidly stratified society completely enclosed by a massive circular wall. Nothing had crossed the Wall in some 2,000 years, except for powerful birds called Garudas (presumably a reference to the divine birds from Hindu and Buddhist texts), and no one in Sumer had any idea what was on the outside or, for that matter, how their city had come to be in the first place. As I said at the time, the static society disrupted by rebellious youth is a classic SF plot, and indeed Bhatia gave us a resourceful young woman named Mithila and her rebel companions, the Young Tarafians (named after an earlier rebel). At the same time, though, Bhatia introduced a degree of moral complexity beyond what this rather schematic setup might suggest. For one thing, Sumer is no grim dystopia; most of its citizens, even though rigidly divided into classes represented by the concentric circles of the city, have enough to eat, access to education and housing, and reliable employment, if little opportunity to improve their lives. And Mithila and her allies have no compelling evidence that exploring the world beyond the wall will do anyone any good; their main opponents, the religious order known as Shoortans – whom Mithila’s own younger sister Minakshi has joined – are fanatically determined to enforce the status quo, even to the point of discouraging written histories. In between these opposing movements is the supposedly impartial organization of scientists called the Select. In other words, The Wall has less in common with recent formula dystopias than with the sort of dialogue about ‘‘ambiguous’’ utopias or heterotopias that showed up in Ursula K. Le Guin’s The Dispossessed and Samuel R. Delany’s Triton back in the 1970s.

At the end of The Wall, Bhatia left us with three major unresolved elements, two of which are familiar SF puzzles. Will Mithila find her way past the wall, and what will she find there? What is the real story behind the mysterious Builders, and why was Sumer so isolated in the first place? And – not surprisingly given Bhatia’s own interests as a lawyer and constitutional scholar (a courtroom drama was a key cliffhanger at the conclusion of The Wall) – what will the long-term effects be on the governance and stability of Sumer itself? Since the first volume ended with Mithila soaring over the wall attached to a couple of those big birds, the main suspense element at the beginning of The Horizon is what she discovers of the outside world. Bhatia takes his time revealing this, but fortunately Mithila seems always to be walking in exactly the right direction, first finding some enticing clues and later a discovery of enormous scale which, although it doesn’t quite vault the narrative into Clarkean cosmic surprises, reveals (or seems to reveal) a good deal about the Builders and the origins of Sumer.

The next question, of course, is what Mithila will do with this knowledge, and the answer brings us right back to those questions of governance and morality that are Bhatia’s central concern. Another unresolved question at the end of The Wall was whether the Council of Elders would ban the Young Tarafians, effectively shutting down all debate about exploring beyond the Wall. While we learn early on in The Horizon that this doesn’t happen, rapid changes do take place in the first days after Mithila’s escape. Her former girlfriend Rama ascends to a position on the governing Council after the death of her father, while her little sister Minakshi has become Matriarch and chief spokesperson of that oppressive religious order, the Shoortans. The resulting conflicts involve not only personal rivalries and betrayals, but eventually flat-out revolution involving urban barricades, trebuchets, and even a couple of good swordfights that go on a bit longer than they need to. As things begin to sort themselves out, Bhatia effectively delivers surprising revelations about Sumer, the Builders, Mithila’s own family, and even the generally low-key Select. In a fascinating appendix, Bhatia virtually shares his notebooks with us, pointing out influences that few readers might pick up on their own, from Lorca and Cavafy to the Ramayana, labor leaders, political theorists, Le Guin (of course), and Guy Gavriel Kay. (On the other hand, few fans will miss his tribute to a famous speech from Blade Runner, since he repeats it three or four times.) Eclectic sources, of course, don’t necessarily make for a compelling narrative – Bhatia manages that on his own, even as he repeatedly finds himself drawn toward his philosophical arguments and away from the de rigueur action sequences – but they underline how complexly thought-out The Horizon is: a too-rare example of a genuine fantasy of ideas. 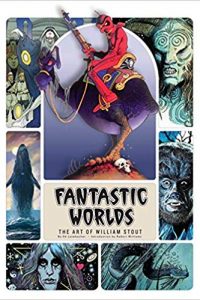 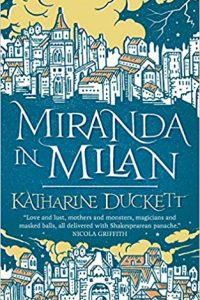