Since a Certain Bug from outer space or wherever stopped last year’s national Swedish con, the year 2020 was added to the 2021 Swecon. The event took place in Dieselverk­stan, Stockholm, November 19-21 with guests of honor Peadar Ó Guilín (Ireland), Adrian Tchaikovsky (UK), Eva Holmquist (local writer), and Maria Nilsson (local scholar). But we were lucky! Despite having Europe’s lowest virus curves – with cases dropping – our ever-so-wise government announced a cap of 100 people for meetings starting from December 1, 2021. If Fantastika had been held just over a week later, having close to 300 attendees would have been impossible.

The coronavirus situation didn’t seem promi­nently present. Some bottles of hand sanitiser were placed around, and I saw perhaps half a dozen facemasks. There was, of course, a pan­demic panel, among the 70 or so program items in three tracks. A few samples: climate fiction, Finnish SF, enhancing humans for space, Dan­ish horror fiction, five-minute author readings, Vikings, humour in SF, an auction, and GoH interviews and signings. More than 25 foreign fen attended, from the Nordic countries, the UK, Germany, and the US. The Finnish delegation of 16 was the biggest, including half a dozen from the newly founded SF club on the Åland Islands. Nearly half the program was in English.

Two people fainted during ‘‘Medical Trauma in Historical Fiction’’ from the program item’s gory slides! (They caused a blood pressure drop. As far as I know, both recovered.) More program items: an interesting lecture on 17th-century explorer Nils Mattson Kiöping (something of a Swedish Baron Münchhausen); Peadar Ó Guilín’s lively stories of Irish mythology; John-Henri Holmberg defending John W. Campbell being unfairly trashed at the Irish Worldcon; unisex worlds in SF, medieval technology, and AI. I myself presented historical SF and fandom newspaper clips from the Royal Library (earlier covered in my e-zine Intermission). There were book rooms, a nearby bar, an art show with il­lustrations of space operas by Oskar Källner and Karl Johansson, a gopher hole, and of course a program booklet. The only snag was that the facility’s wifi worked very badly (or not at all).

The Alvar Award (for fan activities) 2019 was a tie, given to Calle Werner and Marika Lövström. The votes for 2020 were counted, landing the beanie-light Alvar statuette in the arms of Jörgen Jörälv, known for his bibliography of the prozine Jules Verne Magasinet.

It all ended late Sunday afternoon, when con chair Carolina Gomez Lagerlöf caught the Spirit of Swecon in the air and bottled it, to be released during the next event. Let’s hope our planet be­comes a bit less dystopian, so we can have more of these things – before people forget that a real SF con isn’t pixels on a screen.

Since there was no 2022 Swecon bid – maybe due to virus hesitations – it was decided at the formal Swecon session that the 2023 Uppsala Eurocon will be Swecon for both 2022 and 2023. 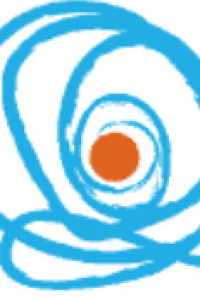