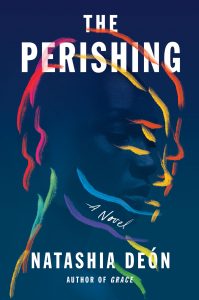 There’s no way to overstate our obsession with immortality. From the Epic of Gilgamesh to Marvel’s Eternals, humans have always dreamt of living forever, and speculated on what it would be like to do so. And with so many examples in existence, it’s difficult to present readers with a fresh take on the sempiternal trope, but Natashia Deon’s second novel, The Perishing, does exactly that.

Deon’s immortal, Lou, is unusual. She’s young, Black, somewhat naive, and utterly brilliant. She also remembers almost nothing of who, or what, she is. Lou awakens, a 16-year-old girl, nude in an alleyway of 1930s Los Angeles. She has no possessions, no identification, and no idea how she got there. We know slightly more than she does – when we meet Lou, we’re already a chapter into the book, and have encountered Sarah, a woman 170 years in the future, and Charlie, a young man predating Lou by 30 years, who have something to do with Lou – but we don’t know much. There is a larger, mysterious context around Lou’s appearance in this time and place, and we learn more as Lou does. Sarah, who is on trial for murder, and is the second most consistent voice in The Perishing, does drop the tidbit that she is Lou, many lives hence, and that the dreams, visions, and flashes of deja vu Lou experiences are her memories, both past and future. Overall, we are in as big a fog as Lou about how this all works, and why she is there, accompanying her as she builds a life amongst the civil and financial unrest of early 20th-century California.

Lou is placed with a foster family who cares for the teen as best they can. She finishes high school, finds friendship with Esther Lee, a Chinese-American actress, and her family, who own a boxing gym, and lands the honor of being the the first Black female journalist at the Los Angeles Times. She is haunted by the ways she is different, and not just the strange way her body immediately heals when injured, or how she recognizes people and places she shouldn’t, including a handsome, married fire captain whose face Lou realizes she has been sketching for years. She is a Black woman during Prohibition and the Great Depression, and a witness to the structural racism and financial devastation of the collapse of the St. Francis Dam, the killing of Latasha Harlins, and the politics behind the planning of Route 66.

Lou is strange. She is Black and female in a world unkind to both. Deon uses immortality as a metaphor to portray these pains: for how one survives oppression, how generational trauma is transmitted, and for the various ways humans mask their oppression and trauma. Though the action is nearly 100 years in the past, the setting is as timely as if Deon set Lou down in the summer of 2020 in the Black Lives Matter movement. We’re left understanding that our prejudices are as eternal as our heroine.

These are not the only ways, however, that Lou is strange. Lou struggles to identify and express her emotions, and The Perishing is full of moments where other characters find her reactions – or lack thereof – perplexing. She’s flat at the deaths of loved ones, and suspicious when others feel joy. It’s a small flourish, which further alienates Lou from the world, and I’m not sure Deon intended for this particular trait to speak of anything more than how someone who lives forever could cope with the staggering difference between the eternal length of their lifetime and the joy/crisis of a single moment (how much horror can a single riot hold when you’ve seen centuries of war?) but for this reader, it added a surprising layer. Alexithymia, the inability to name emotions, is a common trait among those with Autism Spectrum Disorder, and using immortality to illustrate the experience of estrangement people of color and the neurodiverse (and, especially, the neurodiverse of color), experience was strikingly effective (I am both BIPOC and Autistic).

Deon’s prose is gorgeous. Lushly poetic and “voice-y,” with a lot of appeal for fans of Octavia E. Butler and Carol Emshwiller. There are – without exaggeration – sections begging to be pulled as quotes from nearly every chapter. Some readers may be unsettled by how little actual information is given about what the real deal is with Lou and the other characters, but the disorientation, is, I believe, deliberately intended to keep readers off-balance until the big reveal in the last 50 pages. For a novel concerned with portraying timelessness, Deon anchors scenes in minute, present-moment detail. Readers who don’t surrender to the slow pace may get frustrated and skim, which is a pity, considering Deon’s mastery of writing at the sentence level and the slow-burn of the mystery she unfolds. 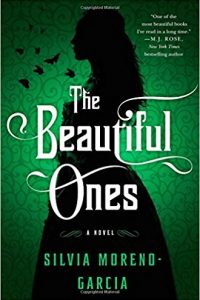 Rachel Swirsky Reviews The Beautiful Ones by Sylvia Moreno-Garcia