Bibliographer William G. Contento, 74, died December 13, 2021 after a long struggle with prostate cancer. Contento was well known in the field for his landmark bibliographies, including the Locus Index to Science Fiction, and he had a long association with this magazine. His work was invaluable for researchers and scholars in the field.

William Guy Contento was born April 13, 1947 in Cortland NY. He was a computer hardware engineer, and worked for Cray Research at Lawrence Livermore National Laboratory. He began his career as a bibliographer with Index to Science Fiction Anthologies and Collections (1978; expanded 1984). With Locus founder Charles N. Brown he created Hugo Award finalist Science Fiction in Print: 1985 (1986) and numerous volumes of Science Fiction, Fantasy, & Horror (two of which were also Hugo Award nominees); the 1988 volume won an Eaton Award for best critical work. In 1999, Contento and Brown created The Locus Index to Science Fiction, combining some earlier volumes into a single index, which Contento continued to update. He also worked on the Index to Crime and Mystery Anthologies (1990) with Martin H. Greenberg. He compiled Stoker Award winner The Supernatural Index: A Listing of Fantasy, Supernatural, Occult, Weird, and Horror Anthologies (1995) with Mike Ashley, and Science Fiction, Fantasy, & Weird Fiction Magazine Index (1890-1998) (1999) with Stephen T. Miller. From 2000 onward, he worked with Phil Stephenson-Payne on the FictionMags Index. 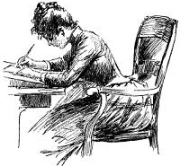