Author BRADLEY P. BEAU­LIEU suffered a stroke on Novem­ber 10, 2021, and was admitted for observation and testing. “Knock wood, it seems light so far…. It’s affecting my left hand (fingers, mostly) and the left side of my face a bit. Some slurred speech but not too bad.”

MERCEDES LACKEY is the 38th recipient of the Damon Knight Memorial SFWA Grand Master Award. Her award will be presented during the SFWA Nebula Confer­ence, to be held May 19-22, 2022 in Los Angeles CA and online.

Writer MATT HAIG is one of three recipients of CILIP’s 2021 Honorary Fellowships, “the high­est recognition that CILIP can offer as a professional body.” Haig was selected for “his services to literacy, mental health and wellbe­ing.” CILIP is the UK library and information association.

Author RENEE GLADMAN is one of eight winners of the Wind­ham-Campbell Prize and will receive “an unrestricted grant” of $165,000. The Donald Windham- Sandy M. Campbell Literature Prize was established “to call attention to literary achievement and provide writers with the opportunity to focus on their work independent of financial concerns.” The prize is administered by Yale University.

ISABEL WAIDNER’s Sterling Karat Gold (Peninsula) won the £10,000 Goldsmiths Prize, given for a book by a British or Irish author “that is deemed genuinely novel and which embodies the spirit of inven­tion that characterizes the genre at its best.”

LINDSEY DRAGER’s The Archive of Alternate End­ings (Dzanc) won the $30,000 Bard Fiction Prize, awarded annually by Bard College “to a promising emerging writer who is an Ameri­can citizen aged 39 years or younger at the time of application.” Drager will also serve a one-semester resi­dency at the college.

TOBIAS S. BUCKELL sold collection Zen and the Art of Starship Maintenance and Other Stories and resold the four-book Xenowealth series (Crystal Rain, Ragamuffin, Sly Mongoose, and The Apocalypse Ocean) to Jason Sizemore at Apex.

S.B. DIVYA’s Meru and a sequel, described as “The Cul­ture series meets A Memory Called Empire,” went to Adrienne Procaccini at 47North via Cameron McClure of Donald Maass Literary Agency.

EMMA STRAUB sold This Time Tomorrow, about a 40-year-old-woman who wakes up in her own body at age 16, to Riverhead Books. Michael Joseph will publish in the UK.

HEATHER FAWCETT’s first book for adults, Emily Wilde’s En­cyclopaedia of Faeries, set in an alternate 1900s Iceland, sold to Tri­cia Narwani at Del Rey in a pre-empt via Brianne Johnson of HG Literary. That book and two more sold to Nadia Saward at Orbit UK in a pre-empt via Rachel Cle­ments of Abner Stein.

JUSTIN LEE ANDERSON sold epic fantasy The Lost War and three more books in the series to Bradley Englert at Orbit at auc­tion via Ian Drury of Sheil Land Associates.

ANNE TIBBETS sold Beyond the Void, sequel to SF horror Screams from the Void, to Don D’Aur ia at Flame Tree Press via Lane Heymont of the Tobias Literary Agency.

Korean author/illustrator DOL­KI MIN sold Walking Practice, “reminiscent of David Bowie’s The Man Who Fell to Earth,” to Tara Parsons at HarperVia in a pre-empt via Barbara Zitwer of Barbara Zit­wer Agency.

DAVID BECKLER sold three books in the A Long Shadow series, set in a dystopian alternate London, to Victoria Haslam at Thomas & Mercer via Clare Coombes of The Liverpool Literary Agency.

K.L. CERRA’s queer Southern Gothic horror Such Pretty Flow­ers, and a second book about a coven secretly working in the wedding industry, sold to Jenny Chen at Bantam Dell in a pre-empt via Chelsey Emmelhainz of Copps Literary Services.

CRAIG RUSSELL sold a his­torical novel about “the most ter­rifying horror movie ever made” to Jason Kaufman at Doubleday via Esmond Harmsworth of Aevitas Creative Management on behalf of Andrew Gordon of David Higham Associates.

SEAN ADAMS sold The Thing in the Snow – “The Shining meets Office Space” – to Nate Lan­man at William Morrow via Kent Wolf of Neon Literary.

AIMEE GIBBS sold Victorian fantasy The Carnivale of Curiosi­ties to Karen Kosztolnyik at Grand Central in a pre-empt, via Julie Barer of the Book Group.

CHAD MUSICK sold fantasy From the Lighthouse to Kissto­pher Musick at Cinnabar Moth.

ERIC LAROCCA’s horror novel Everything the Darkness Eats went to Christoph Paul at Clash. Horror novella collection I Wait for You in the Dark, which in­cludes “Starving Ghosts In Every Thread” and “Devilment”, sold to Jeremy Wagner and Jarod Bar­bee at Stygian Sky Media.

KRYSTAL SUTHERLAND’s YA fantasy The Invocations sold to Stacey Barney at Nancy Paulsen Books, and to Laura Harris at Penguin Random House Australia, via Catherine Drayton of Inkwell Management.

AMANDA QUAIN’s paranor­mal YA The Ghosts Are a Meta­phor sold to Sarah Grill at Wednes­day Books via Moe Ferrara of Book­Ends.

SARAH UNDERWOOD sold YA Lies We Sing to the Sea, “a sapphic, feminist reclamation of the story of the hanged maids in The Odyssey,” and a second book to Stephanie Stein at Harper Teen in a pre-empt via Catherine Cho at Paper Literary. UK rights went to Lindsey Heaven and Sarah Levison at Farshore in a six-figure pre-empt.

SARAH ARTHUR’s YA fantasy Once a Queen and two more in a new YA fantasy series sold to Sarah Rubio at WaterBrook Multnomah via Alice Fugate of Joy Harris Agency.

JOEL SUTHERLAND sold YA House of Ash and Bone and a second title to Peter Phillips at Tun­dra Books.

ABIGAIL OWEN sold The Queen Is Dead, a YA fantasy tril­ogy, to Heather Howland at En­tangled Teen in a pre-empt via Evan Marshall at Evan Marshall Agency.

First novelist ANDREA EL­LICKSON sold debut YA The Vanishing Station, about an un­derground magic train system, and a second title to Maggie Lehr-man at Abrams Children’s at auc­tion via Kerry Sparks and Rebecca Rodd of Levine Greenberg Rostan.

CADWELL TURNBULL resold No Gods, No Monsters, first in the Convergence Saga, to Cath Trech­man at Titan Books via Stephanie Koven at Blackstone Publishing.

SARAH GUAN has been pro­moted to senior editor at Erewhon Books.

SUE LANDERS stepped down as executive director of Lambda Literary on December 1, 2021 after almost four years in the role. MAX­WELL SCALES and CLEOPA­TRA ACQUAYE-REYNOLDS have joined the organization as co-interim executive directors while the board searches for a new permanent hire. Lambda promotes and supports LGBTQ books and authors, and runs the Lambda Literary Awards, or “Lammys.” 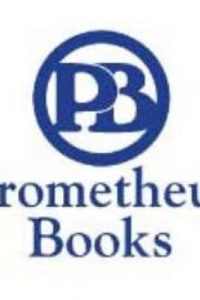