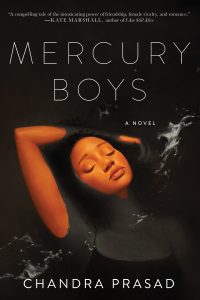 When Saskia Brown persuades her friend Lila to let her “borrow” a daguerreotype from the library archive where she works, neither girl can imagine that the old photograph will be a vehicle for time travel, romance, and a near-death experience. The twist in Chandra Prasad’s Mercury Boys is that the nightly adventures in the past are not the source of danger, but rather the reason behind an ever-expanding web of lies that entraps both girls. In fact, the supernatural aspects of the novel take a backseat to intense, and sadly all-too familiar, high school drama that is almost painful to read about. Saskia is looking for love but finds terror instead, and the sort of devious villain who won’t be satisfied until she is completely and utterly destroyed.

A class assignment to research an unfamiliar name from the past prompts Saskia to take her friend Lila up on the invitation to visit the archive where she works. New in town, estranged from her mother (whose disastrous personal choice blew up the family), and struggling to fabricate a new future with her loving but shellshocked father, Saskia is trying not to appear as desperate as she feels. When a strange interaction between a drop of mercury and the daguerreotype sends her into the past later that night, where she meets the exceedingly appeal­ing man in the portrait, she thinks she has found a way to escape all of her present woes. When she and Lila end up sharing their secret with a trio of classmates, they all visit the archive and get their own daguerreotypes. (Yes, this is stealing, and yes, they all know it is wrong, and yes, they do it anyway.) The “Mercury Boys Club” is formed and soon they all have matching MBC tattoos and are spending a lot of drunken get-togethers talking about their long-dead crushes. There is an increasingly frenetic nature to the MBC’s meet­ings, however, and as stringent membership rules are written, harsh punishments meted out, and increasingly fearsome threats uttered, Saskia finds herself becoming ever more panicked. Is she really so desperate to belong that she will allow herself to be so easily manipulated? Then something ter­rible happens and the club’s ugly truth is exposed, forcing Saskia to choose to either hide in the past or face her own tough present.

Mercury Boys has a clear supernatural com­ponent with the leaps into the worlds of the da­guerreotypes, but the major tension exists in the real world, as the girls steal the pictures, form the ill-fated MBC, and then become more and more enmeshed in what is a seriously dysfunctional friendship. Oddly, while the daguerreotypes are what bring the group together, and Prasad devotes a portion of the text to events in the past, the time travel is the least significant part of the narrative. Saskia’s unusual and intense problems with her mother, her struggles with Lila, who’s a very good friend, and interactions with the rest of the girls, who are problematic, all command readerly atten­tion more than anything else. While the episodes in the past are well written, especially those at a Civil War field hospital, they cannot compare to the present. That makes Mercury Boys a domestic thriller with supernatural elements, and a novel that might not have needed the time travel at all.

©Locus Magazine. Copyrighted material may not be republished without permission of LSF 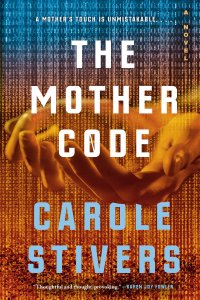