Librarian MISHA STONE of the Seattle Public Library won the Librarian of the Year Award from the Greater Seattle Romance Writers Association. Stone is a Clarion West board member.

Composer JOHN WILLIAMS received the Forry Award for life­time achievement in the SF field, presented by The Los Angeles Science Fantasy Society at their October 9, 2021 meeting.

URSULA VERNON writing as T. KINGFISHER’s “Metal Like Blood in the Dark” (Uncanny 9-10/20) won the 2021 Washington Science Fiction Association Small Press Award for Short Fiction. The award, recognizing “the best origi­nal short fiction published by small presses in the previous year,” was presented was presented at Cap­clave, held October 1-3, 2021 at the Rockville Hilton in Rockville MD. The winner was chosen by members of WSFA.

KELLY LINK sold new collec­tion White Cat, Black Dog, with “eight fairy tales, each one inge­niously transfigured and reinvented for the modern world,” to Cait­lin McKenna at Random House via Renee Zuckerbrot of Massie & McQuilkin. Her debut novel, The Book of Love, also from Random House, has been scheduled for 2024.

R.F. KUANG sold Yellowface, a satirical novel about a white author who steals a manuscript from a dead Asian-American novelist and passes it off as her own, to May Chen at William Morrow and Nata­sha Bardon and Ann Bissell at Bor­ough Press (UK) in a co-publishing venture, in a pre-empt via Hannah Bowman of Liza Dawson Associ­ates.

CASSANDRA ROSE CLARKE sold fantasy Singing with the Devil and another book to Stepha­nie Doig at Carina Press via Stacia Decker of Dunow, Carlson & Lerner.

ALEXENE FAROL FOLL­MUTH, writing as OLIVIE BLAKE, sold a revised version of her self-published novel The Atlas Six and two new books in the trilogy to Molly McGhee at Tor via Amelia Appel of TriadaUS Literary Agency.

INDIA HOLTON sold another book in her alternate history fantasy Dangerous Damsels series, along with a second title, to Kristine Swartz at Berkley via Taylor Haggerty of Root Literary.

AURORA ASCHER’s Raith, launching the Elemental Races fan­tasy trilogy, and a second book went to Molly Majumder at Amara Next.

BRIAN MCAULEY’s horror novel Curse of the Reaper sold to Lilly Golden at Skyhorse via Dan Milaschewski of UTA.

SARAH JOST’s time-travel novel One Last Chance and another title went to MJ Johnston at Source­books via Olivia Maidment of Madeleine Milburn Literary Agency. Piatkus will publish in the UK.

VIRGINIA KANTRA’s The Fairy Tale Life of Dorothy Gale, “a contemporary reimagining of The Wizard of Oz,” sold to Cindy Hwang at Berkley via Robin Rue of Writers House.

JESSICA CLARE’s Go Hex Yourself and a second book went to Kristine Swartz at Berkley via Holly Root of Root Literary.

DHARMA WINDHAM sold The Reluctant Goddess and The Sword and the Serpent in the new Kleopatra Chronicles series to Walt Boyes at Ring of Fire Press via Rob­ert Thixton of Pinder Lane.

SHANNON TAKAOKA’s YA fantasy The Great and Powerful Gracie Byrne went to Kaylan Adair at Candlewick via Nicki Richesin of Dunow, Carlson & Lerner.

PATRICIA WARD sold YA fantasy The Cherished and a sec­ond title to Kristen Pettit at Harper Teen via Matt Bialer of Sanford J. Greenburger Associates.

DANIELLE VALENTINE sold YA How to Survive Your Murder, “a slasher version of It’s a Wonder­ful Life,” and another title to Casey McIntyre at Razorbill via Hillary Jacobson of ICM.

VICTORIA LEE sold YA fan­tasy The Girl that Time Forgot to Krista Marino at Delacorte via Holly Root and Taylor Haggerty of Root Literary.

ALEXANDRA CHRISTO sold YA fantasy Princess of Souls to Holly West at Feiwel and Friends via Emmanuelle Morgen of Stone­song. UK rights went to Emma Mat­thewson at Hot Key Books.

First novelist CLAUDIA LUX sold fantasy Sign Here, about “a guy who works in Hell (literally),” and a second book to Jen Monroe at Berkley in a pre-empt via Lucy Cleland of Kneerim & Williams.

NATHAN TAVARES sold debut A Fractured Infinity, described as “Arrival, but make it gay,” and a second book to George Sandi­son at Titan Books via Naomi Davis of BookEnds.

New writer EMERY ROBIN sold space opera The Stars Undying and another title to Angeline Rodri­guez at Orbit at auction via Isabel Kaufman of Fox Literary.

LEAH VERNON’s first novel The Union and a second volume sold to Melissa Valentine at 47North via Penelope Burns of Gelfman Schneider/ICM Partners.

EKOW ESHUN , with MICHELLE COMMANDER & KAMEELAH MARTIN, sold In The Black Fantastic to Victoria Hindley at MIT Press at auction. The book is a collection of art and imagery from across the African diaspora that embraces the mythic and the speculative. “It brings vividly to life the forces that shape Afrofuturism, the cultural movement that conjures otherworldly visions out of everyday Black experience.”

LINDY RYAN & TONI MILL­ER will edit Under Her Skin, an anthology of body horror poetry “from women (cis and trans) and nonbinary femmes in horror,” with a foreword by Linda D. Addison, for Black Spot.

GABINO IGLESIAS resold The Devil Takes You Home to Jack Butler at Wildfire in the UK via Francesca Davies of Lutyens & Rubinstein on behalf of Melissa Danaczko of the Stuart Krichevsky Agency. US rights went to Mulhol­land Books.

JOANNA PRIOR has been named the new CEO of Pan Mac­millan. Current CEO ANTHONY FORBES WATSON will step down in early 2022, but will contin­ue to advise Stefan von Holtzbrinck and the Holtzbrinck Publishing Group. Prior has worked as man­aging director of Penguin General Books in the UK for 12 years, and has been with Penguin for 23 years, rising in the ranks from publicity and marketing.

TIM O’CONNELL is leaving his position as editor at the Knopf Doubleday Publishing Group after 15 years to become vice-president and editorial director of fiction at Simon & Schuster, starting November 8, 2021. He will oversee the fiction editors and build his own list. O’Connell has edited numerous genre authors, including Ted Chiang, Daryl Gregory, Karin Tidbeck, and Charles Yu. 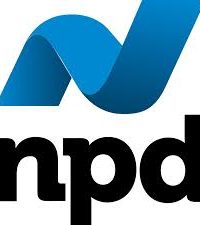