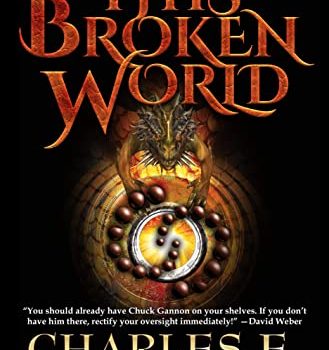 Fantasy novel, the first in the Vortex of Worlds trilogy. Young prince Druadan gets assigned to a group that watches nearby kingdoms, and begins to realize much of his world seems impossible.

Contemporary fantasy novel, the second in the Hell’s Library/Library of the Unwritten series about former librarian Claire Hadley. Now that the true nature of unwritten books has been discovered, Hell will be coming for every wing of the Library.

Near-future SF novel of art and love during a global pandemic more deadly than COVID-19.

Fantasy novel, part of the Maradaine universe. Constabulary Sergeant Corrie Welling, abducted and confined on a ship, escapes only to find herself stuck on the other of the world.

Queer fantasy novel set in an alternate Edwardian England, the first in the Last Binding trilogy. A baronet stumbles on a magical secret society and meets surly Edwin Courcey.

Marske builds a good mystery, but what we want to know about, what keeps the pages turning, is the evolving relationship between Robin and Edwin. The men’s love affair consumes most of the emotional space from the middle of the novel onward. It’s passionate, it’s way hot, and it doesn’t leave much room for anything else.

Will they get together? Will they stay together? Outside the romance genre, it’s rare to see this level of attention and sensuous fervor given to a love affair. Though it reduces the impact of the action, it isn’t disappointing, and, in this reader’s opinion, cushions the ending, which, if I didn’t love Robin and Edwin’s love so much, and, if I didn’t know A Marvellous Light was the first in a series, would have let me down.

Post-apocalyptic revenge novel with speculative elements, including prehistoric myth, data from 22nd-century extraterrestrials, and superintelligent telepathic mules. Ginny survives a gang rape and tries to get revenge, but her rapists—husband and friends—pursue her in a posse.

Young-adult fairytale dark fantasy novel based on the story of Rumpelstiltskin, the first in a duology. A cursed miller’s daughter and a ghost fight the evil king.

Newman, Kim: Something More Than Night

Africa-inspired fable/magical realism novel dealing with issues of colonialism in a story about an Igbo village girl who can fly, setting off conflict between family, villagers, and Christian missionaries arguing over whether it’s a curse or blessing from feuding gods.

Supreme beings, elders, and ancestors clash in Okezie Nwọka’s God of Mercy, a decolonized, magical realist novel about a young girl named Ijeọma who can fly. Uncertain if her power is a curse or a blessing from feuding gods, a cast of bitter family members, sage elders, and violent pastors attempt to uncover what her power means for their livelihoods while Ijeọma seeks this deeply troubling answer in exile. The power in this novel lies in protagonist Ijeọma, who seeks out her truth for herself.

SF novel, fourth in the Terra Ignota series. With the arch-criminal Mycroft nowhere to be found, his successor, Ninth Anonymous, must not only chronicle the discord of war, but attempt to restore order in a world spiraling closer to irreparable ruin.

Every new moon nightmare monsters come to life, with only wardens to protect the people. Clementine is about to become warden for her small town, when she’s drawn into a much larger conflict.

Anthology of 24 stories, 18 new, all by authors featured on The Worldshapers podcast during its second year. Authors with new stories include Kelley Armstrong, Marie Brennan, Garth Nix, Matthew Hughes, and Tim Pratt.

Williams, Tad: Brothers of the Wind

Fantasy novella, a prequel to the Memory, Sorrow, and Thorn trilogy, set a thousand years before the events of The Dragonbone Chair.

Fantasy novel. Helen, a scientist vacationing in Greece, meets a man who’s lived for centuries, but he has a dangerous enemy willing to threaten Helen. 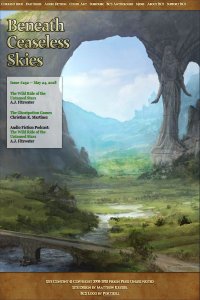 It’s taken some time for me to come to terms with the fact that I have developed fairly severe anxiety. When I say this out loud, of course, those in conversation with me often reply, “It’s 2019. Who doesn’t have anxiety?” Anxiety is showing up sooner in children, too. My mom often points out that in her day, everyone was fearful of nuclear war, and the threat of climate change