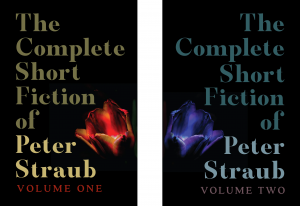 Whenever Peter Straub’s name shows up on social media or in critical discussions of horror, it’s increasingly accompanied by encomiums like “icon” or “living legend” (he even has an award with that name). I doubt many serious read­ers would take exception to that, but premature legacy-making can sometimes detract attention from just how lively, elegant, and simply present his fiction can be. Long before genre-blending, genre-hopping, and genre-ignoring became wel­come trends among our more inventive younger writers, Straub was writing tales that could thoroughly creep you out in one chapter and stun you with their beauty a few pages later, that bor­rowed from mystery and suspense and the novel of character as much as from traditional horror, and that for a generation of readers became the standard for “literary horror” (a term that still seems to me a sort of backhanded compliment, even though it does describe an impressive number of contemporary practitioners). This is not only true of Straub’s novels (which some might find daunting in their intricacy and complexity), but of his short fiction as well. Straub has never been a prolific short fiction writer, and The Complete Short Fiction of Peter Straub, assembled and with a revealing autobiographical introduction by Straub himself, amounts to only eight novellas and 26 stories, a few of which are vignettes or prose poems of one or two pages, in a career of nearly 50 years.

Those acquainted only with Straub’s novels will find a number of stories that reveal, in an almost frac­tal manner, aspects and backstories of familiar char­acters. This is most evident in his Blue Rose series, a kind of mega-text that links together a wide variety of stories and novels. “Blue Rose’’, for example, is a chilling tale of a blithely pathological boy who tricks his younger brother into swallowing his own tongue, but only in a kind of postscript do we learn that this same Harry Beevers will show up in Koko as one of a group of Vietnam veterans trying to track down a serial killer. “The Ghost Village” is a powerful tale of an abandoned and haunted village in Vietnam, but it also offers a different perspective on some key elements in The Throat. One of Straub’s most harrowing depictions of child abuse and its effects is “Bunny is Good Bread’’, describing the childhood of Fee Bandolier, whose father is relentlessly cruel, whose mother is dying from abusive injuries, and whose only escape is a local movie theater – where he is sexually abused by a local predator. In another slingshot sort of ending, we learn that he, too, will reappear as an adult in The Throat. An even more disturbing account of the effects of sexual predation is “The Juniper Tree’’, which relentlessly explores details that even most horror writers would cut away from. In “A Special Place: The Heart of a Dark Mat­ter’’, “The Process (Is a Process All its Own)’’, and “Mallon the Guru’’, we learn of the earlier lives of characters who figure prominently in A Dark Mat­ter, yet the stories work equally well on their own.

Some of the novellas, especially, have already gained near-classic status among horror readers. The revenge-gone-awry tale “Mr. Clubb and Mr. Cuff’’, with its almost formal narrative voice, its cheerfully violent pair of “Private Detectives Ex­traordinaire,”and its echoes of Melville’s “Bartleby the Scrivener’’, is unforgettable, while “Pork Pie Hat” is distinctive not only for its tales-within-tales structure, but its smart and evocative descriptions of classic jazz performance. It’s the sort of story that leaves you with the feeling you’ve read an entire, thematically complex novel. The same might be said of “The Buffalo Hunter’’, whose protagonist, facing some hidden part of his past, finds himself falling into the worlds of the books he reads, start­ing with a Max Brand western and working his way up to Raymond Chandler and Anna Karenina. At one point he muses that “Some massive knowledge moved within him, thrusting powerfully upward from the darkness where it had been jailed, and he understood that his life depended on keeping this knowledge locked inside him, in a golden casket within a silver casket within a leaden casket’’. Later, he realizes that these novels (together with baby bottles which he obsessively collects) “led him inward, and inward was where everything im­portant lay.” The tension between those impulses, between the need to know and the need to not know, is what underlies many of Straub’s haunting fables of memory and confrontation.

Of the short stories and novelettes, “Hunger: An Introduction’’, with its ghost narrator recounting his awful life, is an essentially comic but oddly touching picture of the afterlife, and is one of several stories that reveal a taste for mordant humor; others include “Little Red’s Tango’’, “Lapland, or Film Noir’’, and “The Geezers’’. Some of Straub’s late fiction ventures into almost experimental forms, such as the dreamlike “The Ballad of Ballard and Sandrine’’, featuring a couple on an increasingly surreal Amazon river excursion, and “The Collected Stories of Fred­die Prothero’’, which is at once a parody of academic editing and an increasingly creepy tale revealed through the childhood scribblings (complete with creative spellings) of a boy who died before his ninth birthday. The most recent tale, “Beyond the Veil of Vision: Reinholdt von Kreitz and the Das Beben Movement” (co-authored by artist Anthony Discenza) is an even more bizarre parody, describ­ing a minor proto-surrealist art movement whose works were nearly all lost – but that doesn’t stop the pedantic narrator from offering gallery notes on what he imagines the paintings might have been.

With no individual story dates or copyright in­formation and a limited-edition price tag clearly directed at serious collectors (though a more afford­able edition apparently sold out quickly earlier this year), The Complete Short Fiction of Peter Straub is hardly targeted to readers new to Straub or to fans of his novels curious about his shorter fiction. (For such readers, I recommend the retrospective collec­tion Interior Darkness, reviewed here in March 2016, which contains less than half the stories but includes many of the classics, and which is still avail­able.) But for the world of dark literature as a whole, Borderlands Press has given us in these attractive volumes an important gift from a master, and I’d love to see it made more widely available at some point. 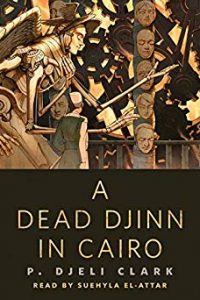 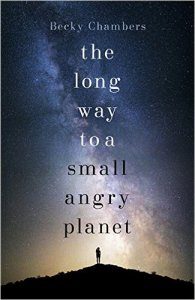