Her motto was “There is no alternative,” a phrase she repeated so often it became an acronym: “TINA.”

She was referring to capitalism, asserting that there is no conceivable alternative. It was a cheap but remarkably effective rhetorical device, treat­ing a demand as an observation. The true meaning of TINA isn’t “No alternative is possible,” but rather, “Stop trying to think of an alternative.”

I mean, thinking of alternatives is literally my job.

TINA is part of a philosophy, “capitalist realism,” a phrase coined by Mark Fischer in the early 2000s. Fischer said that capitalist realism is best captured in the quote “It is easier to imagine an end to the world than an end to capitalism” (this quote has been vari­ously attributed to the philosopher Slavoj Žižek and the literary critic Fredric Jameson).

Žižek (or possibly Jameson) got a lot closer to the problem than Thatcher ever did. For while it’s easy to imagine something after capitalism, imagining capitalism’s sunset is far harder.

I mean, I literally did it in my first novel, Down and Out In the Magic Kingdom (2003), a tale of a postcapitalist, post-scarcity civilization where your ability to commandeer any resource (including Walt Disney World) is based on whether your broad public esteem (AKA “Whuffie” – a perpetually retabulated average pulled from direct-brain interfaces) is higher than the esteem enjoyed by your rivals.

While Down and Out In the Magic Kingdom had some flashback scenes depicting the revolutionary transition between capitalism and the Whuffie economy, these were thin sketches. We learn about how a single university campus handled the transition – when exploited adjunct professors simply took over their tenured bosses’ lectures – and we learn that there were some heavily armed right-wing militias holed up in hollow mountains for a while, but not much else. We don’t see anyone get murdered for the cause; there are no mass demonstrations with choking clouds of tear gas or hails of bullets.

Speaking from personal experience, it was easy to imagine life after capitalism, but imagining the actual end of capitalism is hard.

Think of William Gibson’s outstanding Jackpot novels: The Peripheral (2014) and Agency (2020). These tell the story of a far future in which the climate emergency has been fully resolved, after an interregnum called “The Jackpot” in which things went very badly for civilization indeed.

But The Jackpot is a blank, a lost era, a dark age. Even though the tale blips back and forth between the future and several other moments in time, including our own era, The Jackpot is never accessed or depicted. It’s a jump-cut, an excision: first, there is our time, then our near future, then all at once, a time far from now in which the system has transformed. Gibson finesses it with the mastery of a close-up card mechanic, but it’s still a noticeable omission. Transitions are hard.

Kim Stanley Robinson’s been writing postcapitalist futures for quite some time. It was his 1990 novel Pacific Edge that inspired me to write Down and Out In the Magic Kingdom.

During the 2010s, Robinson published four linked novels, starting with 2012’s 2312, which started three centuries out and worked their way back toward the present day, through Aurora (2015), New York 2140 (2017) and Red Moon (2018). In these books, Robinson starts with a tale of a society that is centuries into its postcapitalist future, then, like an artillery sergeant rangefinding by walking his mortar fire closer in as he zeroes in on his target, Robinson uses this “backcasting” to get closer and closer to the transition-state between capitalism and not-capitalism.

But he never got there, not with those books and not in that decade. It wasn’t until 2020’s The Ministry for the Future that Robinson actually imagined the end of capitalism – not just life after capitalism, but life through a multi-year transition from one system to another.

The Ministry for the Future is an extraordinary and brilliant book. It’s told in a kind of documentary style, jumping to dozens of points-of-view and places to illuminate different aspects of the transition (the main plot fol­lows a handful of characters, providing a through-line that all this peripheral material can play against).

And (hat tip to Žižek) (or possibly Jameson) in The Ministry for the Future, the end of capitalism is precipitated by the imminent end of the world. The Ministry for the Future isn’t just the story of the end of capitalism, it’s also the story of the end of the climate emergency – the story of how we orient our productive capacity, lifestyles, and education to head off a species-and civilization-destroying death-spiral. The book doesn’t promise a return to normalcy or even the end of crisis, but it does depict a plausible (and heroically uplifting and inspiring) end to the emergency.

Robinson’s depiction of the violence of the climate emergency is pitiless. The book opens with a killing heat-wave over India’s northern plains that leaves 20,000,000 dead, and those deaths are etched on the page and haunt the whole sweep of the story. From the very start, Robinson refuses to look away, refuses to flinch from the sheer terror of the climate emergency.

I’m always skeptical of the advice not to “normal­ize” bad things (whatever happens normally becomes “normalized” – people in death camps normalize their circumstances; what hope do we have of not normalizing whatever is going on in our own lives?) Robinson’s ability to keep the urgency of the climate emergency alive and vivid on the page is truly remarkable.

There’s another source of violence and terror in Robinson’s story, and this one is far more remote. Robinson’s transition arises out of a mix of tactics, some economic, some social, some regulatory. Key to the transition are spectacular acts of mass violence – for example, using drones to crash every executive jet in the sky, all at once.

The terrorists who commit these atrocities aren’t in the mix of characters whose lives we briefly experience through the book’s vignettes, and neither are their victims. They are remote, abstract.

There are good reasons for this. The acts of terror in The Ministry for the Future are truly deplorable. Zooming in on them runs the risk of glorifying them.

I was and remain unsettled by the offstage violence in The Ministry for the Future. I don’t know if it’s there because Robinson believes that “the end of capitalism” will be attended by such violence. History suggests that revolutions are rarely bloodless, after all. As one of my characters says in my 2019 novella Radicalized (quoting an Onion headline): “They say violence never solves anything, but that’s only true so long as you ignore all of human history.”

I’m a squeamish person. The last time I hit someone in anger, I was ten years old. I don’t want to be on the side of terror.

As the tempo and intensity of fires and floods and pandemics and heat­waves increases, the concrete terror of the looming point of climate no-return takes on an urgency that exceeds the hypothetical terrors that Robinson depicts during his “end of capitalism.”

It is easier to imagine the end to the world than it is to imagine a nonviolent end of capitalism.

But we should still try.

In many ways, we are already living in a postcapitalist society. Many of our most important jobs – parenting, caring for elderly relatives or friends – are unpaid. And virtually none of our great businesses or their industries would be profitable save for vast state subsidies: the huge public subsidy inherent in the climate emergency.

Companies profit by pushing off the highest cost of doing business to the rest of us, in the form rising seas, hurricanes, wildfires and droughts. If compa­nies had to carry this cost on their balance sheet, most firms would have to drastically restructure or go out of business.

It’s a bloody form of postcapitalism, one where vital hard work is unwaged and only costs – not profits – are socialized. But there is an alternative.

We just have to imagine it.

This article and more like it in the September 2021 issue of Locus. 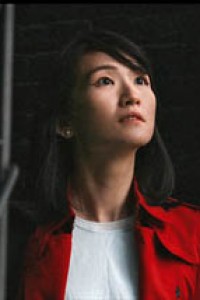 5 thoughts on “Cory Doctorow: The Unimaginable”