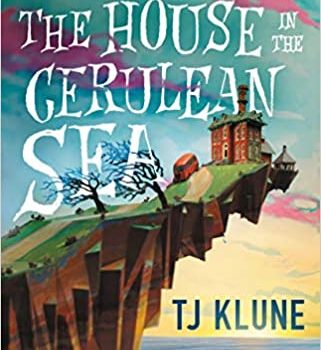 The Locus Bestsellers for August include top titles Project Hail Mary by Andy Weir (Ballantine), Dune by Frank Herbert (Ace), The House in the Cerulean Sea by TJ Klune (Tor), and Star Wars: The High Republic: Light of the Jedi by Charles Soule (Del Rey).

On the hardcover list, both Project Hail Mary by Andy Weir and Martha Wells’s Fugitive Telemetry (The Murderbot Diaries, Book 6) repeated their rankings from last month and remained in first and second place respectively. Our new runner-up was the concluding installment of the Miss Peregrine’s Peculiar Children series, The Desolations of Devil’s Acre by Ransom Riggs (Dutton). We had 39 nominated titles, up from 38 last month.

Frank Herbert’s Dune retained its lock on the top of the paperback list with a solid lead over our second place finisher, The Ruin of Kings by Jenn Lyons. There were no new runners-up. Forty titles were nominated, down from last month’s 52.

On the trade paperback list, The House in the Cerulean Sea by TJ Klune repelled all comers by gathering twice as many votes as its nearest competitor, Silvia Moreno-Garcia’s Mexican Gothic. The Wolf and the Woodsman by Ava Reid (Del Rey UK) was our new runner-up. We had 57 nominated titles, down from last month’s 63.

On the media- and gaming-related list, only Star Wars: The High Re­public: Light of the Jedi, by Charles Soule (Del Rey) received enough votes to make the list. There were no new runners-up. There were 17 nominated titles, down from last month’s 19.

From the September 2021 issue of Locus. 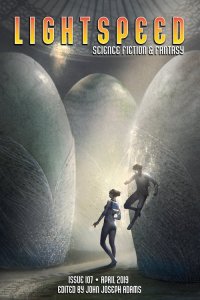 From time to time, people ask me for an inventory of the tools and systems I use to get my work done. As a hard-traveling, working writer, I spend a lot of time tinkering with my tools and systems. At the risk of descending into self-indulgence (every columnist’s occasional privilege), I’m going to try to create a brief inventory, along with a wish/to-do list for the next round. First, the