My novels have been characterized as being “Afrofuturistic,” but to be honest I never thought of the subgenre while writing them. When I write I generally don’t think of any subgenre before I sit down to create the work. My thinking when writing is usually concentrated more on story and narrative construction, not on the genre. Mostly all that is happening is that I have a story to tell, I set up the premise, and then I let the story evolve organically, allowing the story to “run.” So, my initial reaction to having my books characterized as being a part of Afrofuturism was to dismiss it as the all-too-easy jump made because I am black, so “therefore, I must be…” But if enough people say something about your work, it should at least cause one to consider the observation. So I considered it, and now have to admit there is indeed something to the characterization. Unbeknownst to me some aspects of the genre have been appearing in my work. 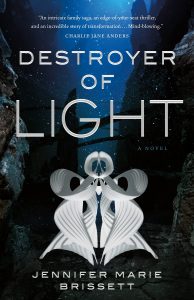 Afrofuturism is only one of many subgenres that fall under the umbrella of black speculative fiction and speculative fiction in general. Like Jazz and Blues, Afrofuturism can be “played” and enjoyed by anyone, yet there is a racial sensibility and history to it that should be acknowledged and respected. It behooves writers, readers, and critics alike to reach beyond simple racial characterization of the genre. Just because the author is black and/or the characters of the story are black does not necessarily mean that the story belongs to any specific genre of any kind. And, like any other subgenre, a debate can be had as to whether a piece of fiction can be considered to belong within it.

Afrofuturism has its own distinctive features. One that clearly can be attributed to be a part of my current work is my use of Time. I tend to manipulate time as a part of the landscapes of my current stories and novels. I enjoy molding my narrative structures, sometimes reusing images in twisted out forms—echoing—repeating—reverberating—creating resonance. In other words, unraveling the false perception of linear time within a narrative to illuminate what is and what was and what might be.

In Afrofuturism time can be thought of as a technology. Time is an abstraction. Time is a teacher. Time is a healer. Time can twist and turn. Time is circular. Time can zig-zag. Time is a paradox. As Rasheedah Phillips says in her paper “Constructing A Theory & Practice of Black Quantum Futurism–Part One”†:

“The truth is, the future, both near and far, is currently reaching back from its position to meet you and create your present experience of now.”

I can’t (or won’t) say definitely that I am writing within the genre of Afrofuturism. Genre tags are mostly marketing tools for readers and booksellers. So I prefer to leave these determinations to the critics and editors. And I can’t (or won’t) say that all my future work will involved the concepts of that genre. But I will admit a certain affinity to some of the ideas with Afrofuturism. I (like any other writer) will choose whichever path I deem best in creating my work. That’s part of the excitement of writing speculative fiction. No one knows where the field will go next, not even the writers. 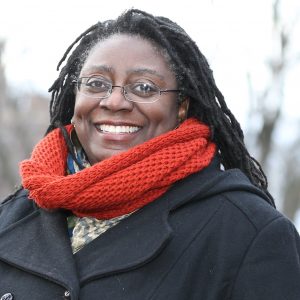 Jennifer Marie Brissett has been shortlisted for the Locus Award, the James Tiptree, Jr Award, the storySouth Million Writers Award, and has won the Philip K. Dick Special Citation for her debut novel Elysium. Her short stories can be found in publications such as APB: Artists against Police Brutality, FIYAH Magazine, Fantastic Stories of the Imagination, The Future Fire, Lightspeed Magazine, Vice Magazine, Uncanny Magazine. She’s been an artist, an engineer, a (sometimes) poet, and for three and a half years she owned and operated a Brooklyn indie bookstore called Indigo Café & Books. Her upcoming novel Destroyer of Light will be published by Tor Books in October 2021. She currently lives in NYC with her husband and cat. Find her website at www.jennbrissett.com