Longtime fan Genevieve DiModica, 73, known to friends as Gene or Genie, died of natural causes over the weekend of August 28, 2021 at her summer home in Beach Haven NJ. Genie was born in Middletown CT on January 7, 1948. She attended Carnegie Mellon University (then Carnegie Tech) in Pittsburgh PA, where she first became a part of the science fiction community.

There, in the late ’60s, she (together with Suzle Tompkins, Linda Bushyager, and Ginjer Buchanan) was one of the four Founding Mothers of the Western Pennsylvania Science Fiction Association (WOOPSFA), a group that brought a number of young women into fandom.

She worked on art shows for Pghlange, the Pittsburgh regional convention of the time, and attended many East Coast regionals and Worldcons, including Baycon, the first and second Aussiecons, and Brighton in 1979.

After graduation, Genie lived and worked in New York City. She was affiliated with both Fanoclasts and the Lunarians, continued to be an active convention attendee, and was part of the small group of New Yorkers who drove to Philadelphia every year to attend Gardner Dozois’s (in)famous New Year’s Eve parties.

When she was in her fifties, she moved to the Jersey Shore where she had long had a summer condo. After that, she essentially gafiated from organized fandom, but maintained the personal relationships she had developed through the years.

She was passionate about many things, including bread, chocolate, and the preservation of the oceans and shores.

Her only surviving actual family is a 96-year-old aunt in Connecticut, but her surviving fan family includes people who live in cities all over the country. 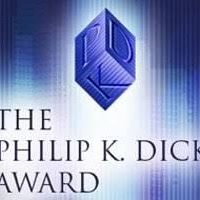