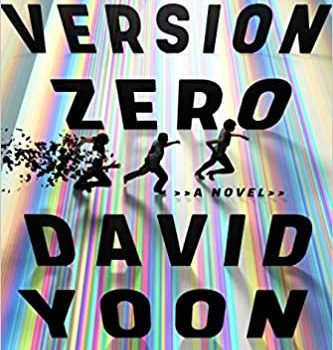 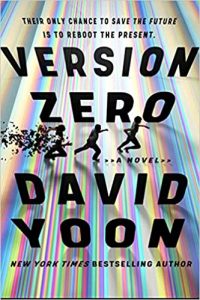 David Yoon – husband to the bestselling writer Nicola Yoon and bestseller himself for Frankly in Love – makes a compelling case for burning the entire internet down in Version Zero. #Jok­ingNotJoking

Yoon has created a here-and-now that is just slightly askew from our own here and now. Main character Max is working in Silicon Valley for Wren, a Twitter analog. He discovers that the powers-that-be at Wren are about to do something evil in order to make even more money. And, Real Genius–style, Max’s own work is about to used to make that happen. He enlists his best friend from high school Aikiko, a Wren programmer, to hack the process. Inadvertently, a cause is born, one that seeks to bring the interconnected world back to “version zero” and save us all from the cesspool online life has become.

Version Zero is an amazing, immersive book. Yoon has tweaked his language to give this world its own textural swagger, à la A Clockwork Or­ange, but he doesn’t stop there. Yoon’s Silicon Valley mirrors the one we know, complete with Gorillagate standing in for Gamergate, tech bil­lionaires with more money than morals, and a power structure reliant on race. That makes the book sound like a challenge to read; instead, it’s a joy full of loping text, a snappy pace, and easily digestible subtext. #HighlyRecommend 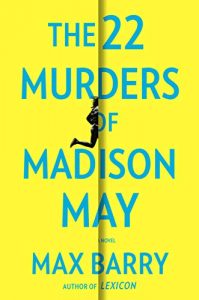 “I hate that you make me do this,” the killer in Max Barry’s The 22 Murders of Madison May says to May, a real estate agent he has lured to an empty house. Then he kills her. Again. For the 18th or 19th time. Only this time, the murder catches the eye of Felicity, a New York Daily News political reporter, who finds herself on the crime beat. She can’t let the story go, is pulled into the killer’s slipstream and, as with any solid work of fiction, her whole life changes.

So how does May keep getting murdered? Spoilers, sweetie. Having flagged that for you, read on at your own peril – there are multiverses involved.

See, the killer became obsessed with May in his own ‘verse, where she was a movie star. He keeps flipping through worlds in order to make a perfect life with his one true partner (in his eyes, natch), only each time he meets her, she disappoints him by not being what he has imagined and, instead, being a human woman. So he kills her and goes on to the next world to have his unrealistic hopes dashed yet again.

This setup gives Barry the opportunity to create nearly unbearable amounts of suspense because you know that every time we meet May, she’s going to die, but Barry keeps surprising you with the how. It’s quite a feat, and the book is a won­derful read, if only to see how he keeps pulling a different rabbit out of the same dang hat. But there’s much more going on, of course. Barry is juggling ideas about abuse and abusers, as well as what the consequences should be for those responsible for a death, even an inadvertent one. While the last couple of chapters get a little hand-wavey and convenient in order to tie everything up, the journey to get there is well worth the ride. 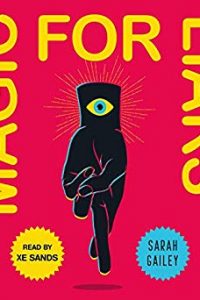 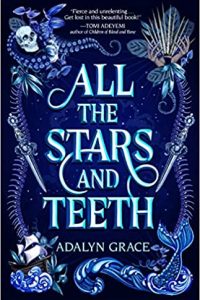 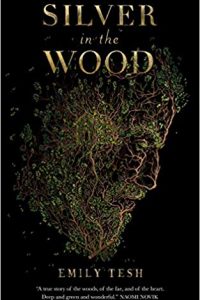