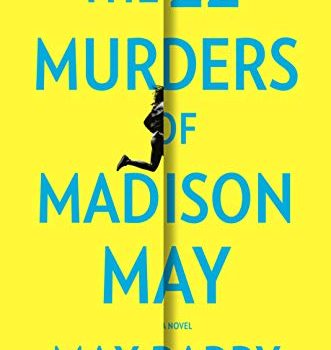 Barry, Max: The 22 Murders of Madison May

Serial killer novel of parallel worlds. Reporter Felicity Staples investigates a murder and discovers that someone is killing Madison May in multiple universes.

Fantasy novel, the first in the Gargoyle Queen trilogy, set in the world of the Crown of Shards series. Gemma Ripley has a reputation for being a pampered princess who is more interested in pretty gowns, sparkling jewelry, and other frivolous things than learning how to rule the kingdom of Andvari. But her carefully crafted persona is just an act to hide the fact that Gemma is a powerful mind magier—and a spy.

Fantasy novel, the first book in the Books of Before and Now series. Brother sorcerers, Papa Lucy, psychotic mastermind, and the Boneman, an empathetic necromancer, lead humans from the devastated Before world to a nightmare dimension known as Now—then have to go into hiding after things go wrong.

Collection of short stories. A Jeffrey Ford story may start out in the innocuous and routine world of college teaching or evenings on a porch with your wife. But inevitably the weird comes crashing in. Maybe it’s an unexpected light in a dark and uninhabited house, maybe it’s a drainage tunnel that some poor kid is suddenly compelled to explore. Maybe there’s a monkey in the woods or an angel that you’ll need to fight if you want to gain tenure. Big Dark Hole is about those big, dark holes that we find ourselves once in a while and maybe, too, the big dark holes that exist inside of us.

Fantasy novel, second in the Dove Pond series. One of the Dove sisters’ magic herbal teas have gone wonky, while a teen defies her grandmother and searches for her never-there father.

Standalone SF novel. Decades ago, the Visitors descended on Earth. They claimed to bring peace and prosperity. Their real goal was the total subjugation of humankind. But humanity did not give up its only home without a fight. After a devastating war, the Visitors were driven back to Mars. Their willing human collaborators were left behind. The task of hunting down these former alien collaborators and bringing them to justice falls to Federal Recovery Agents like Nathan Foster.

Kupersmith, Violet: Build Your House Around My Body

On the morning of Shiori’anma’s betrothal ceremony, she loses control of her forbidden magic power. At first, her mistake seems like a stroke of luck, forestalling the wedding she never wanted. But her stepmother, also a sorceress, banishes Shiori and turns her brothers into cranes. And with every word that escapes Shiori’s lips, one of her brothers will die.

Penniless, voiceless, and alone, Shiori searches for her brothers, and uncovers a dark conspiracy to seize the throne

The first of 16 new graphic novels from Liu Cixin. An annual ice sculpture festival draws the attention of an extraterrestrial visitor, who learns how to create such art and decides to use local resources to sculpt a piece in a gesture of goodwill. All the water in the ocean is sent to the stratosphere, where the ice sculptor uses splendid techniques to create crystal dominoes scattered by a giant of the cosmos. In the world of the ice sculptor, art is the sole reason for civilization’s existence. After the ice sculptor creates the pinnacle of beauty, but also brings forth devastation and disaster, humanity decides during Earth’s last breaths to fight for their survival.

Lock, Norman: Tooth of the Covenant

Literary fantasy/metafictional novel, eighth in Lock’s American Novel series, this time about Nathaniel Hawthorne, who writes a work in which his character uses magic spectacles to travel back to the Salem witch trials to foil his ancestor, magistrate John Hathorne, but instead ends up seeing the world more like Hathorne.

Lock (American Follies) probes familial legacy, storytelling, and the tension between individuals and their eras in the cogent, metafictional eighth installment of his American Novel series. In 1851, Nathaniel Hawthorne sits in his Massachusetts farmhouse blaming his great-great-grandfather John Hathorne, a Salem witch trials magistrate who refused to repent his condemnations, for his own lifelong shame and melancholy. In Hawthorne’s eponymous manuscript, which makes up the bulk of Lock’s work, Hawthorne dispatches Isaac Page, a fictional alter ego, to foil and wreak vengeance on Hathorne and enact a consoling literary fantasy. Isaac uses a mysterious pair of John Hathorne’s spectacles to travel back to 1692 Salem. There, distracted from his mission by eye pain and dreams of Satanic rites, Isaac gradually transforms from an enlightened rationalist to a cruel, intemperate puritan. Even before he impulsively dons the spectacles and sees the world precisely as his infamous forebear did, Page grows more like Hathorne than Hawthorne. The novel’s somber exploration of American cruelty and religious intolerance is balanced by its nimble prose, sly wit, and engaging glimpses of a literary figure. Lock’s latest ambitious look at America’s history will delight fans of the series and earn new converts. 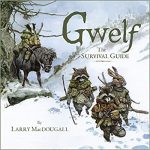 The next Wild Cards adventure follows Aarti, the Moon Maid, who can astrally project herself onto the surface of the moon and paint projections across the lunarscape.

Dark fantasy romance novel, the first in the Mousai series about three sorceresses who help the Thief King rule his kingdom of magic and pleasure. The youngest Mousai, Larkyra’s first solo mission is to stop a duke using a poisonous drug to abuse his tenants.

Moreno-Garcia, Silvia: The Return of the Sorceress

. . . it’s a bit of a surprise and a delight that with The Return of the Sorceress, an efficient and energetic novella from Subterranean, [Moreno-Garcia] turns her attention to classic sword and sorcery. Or at least knife and sorcery. The protagonist Yalxi, a deposed and exiled sorceress, is in pretty bad shape when we meet her – wounded, filthy, and sorely lacking in equipment. About the only thing she has going for her is her nahual, a kind of shape-shifting guardian animal spirit from Mayan lore.

On the one hand, it’s a model of narrative efficiency; Moreno-Garcia seems to enjoy getting on with the action where other writers might have paused for a couple hundred pages of worldbuilding, as if to demonstrate that S&S fantasy doesn’t need the bloat. On the other, we wouldn’t mind seeing a good deal more of this gritty, treacherous world and its not-entirely-innocent sorceress.

Nguyen, Lena: We Have Always Been Here

Psychological sci-fi thriller which follows one doctor who must discover the source of her crew’s madness, or risk succumbing to it herself.

The Iron City is a prison, a maze, an industrial blight. It is the result of a war that saw the goblins grind the fae beneath their collective boot heels. And tonight, it is also a city that churns with life. Tonight, a young fae is trying to make his fortune one drug deal at a time; a goblin princess is searching for a path between her own dreams and others’ expectations; her bodyguard is deciding who to kill first; an artist is hunting for his own voice; an old soldier is starting a new revolution; a young rebel is finding fresh ways to fight; and an old goblin is dreaming of reclaiming her power over them all. Tonight, all their stories are twisting together, wrapped up around a single bag of Dust—the only drug that can still fuel fae magic—and its fate and theirs will change the Iron City forever.

Fantasy novel, the second book in the Fire Sacraments series. Two brothers flee an army of fanatics across a vast and magical desert in this white-knuckle sequel to Master Assassins.

Rodkey, Geoff: Lights Out in Lincolnwood

Apocalyptic SF novel about a suburban family facing the apocalypse as the power fails, cars and planes stop working, and neighbors fight to survive.

Shvarts, Andrew: It Ends in Fire

Young-adult fantasy novel. Only those from the most powerful magical families can attend Blackwater Academy, but new student Alka has them fooled. Now it’s time to take down the oppressive wizard ruling class from the inside.

Smucker, Shawn: The Weight of Memory

Fantasy novel. A terminally ill man seeks a guardian for his granddaughter, who starts vanishing and returning with bizarre stories, and he begins to question her sanity and reality itself.

Fantasy novel, the first in a trilogy set after the Chronicles of the Unhewn Throne series. To save the empire, Kettral warrior Gwenna Sharp must find the nesting ground of the giant war hawks.

Write a trilogy, they said. It’ll be fun, they said. *sigh* I should start by saying that the Verity Fassbinder series began as a standalone short story. “Brisneyland by Night” was written at Clarion South in 2009 and caught the eye of someone who helpfully suggested it would make an excellent series if I could manage it. Ignorance is not only bliss but also a kind of protective Teflon coating